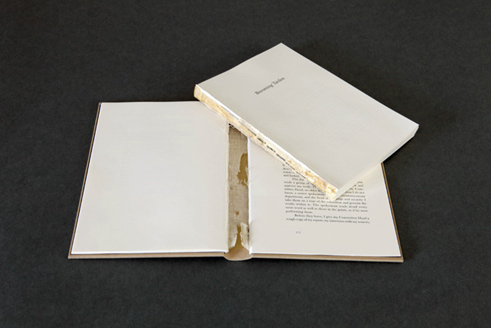 I wanted to alert you to a number of events happening this month, organized in conjunction with the exhibition "Free," now on view at the New Museum. Be sure to read the Free blog for updates and information about the show.

In conversation with April Britski, Executive Director of CARFAC (Canadian Artists’ Representation/Le Front des Artistes Canadiens) and curator Lauren Cornell, representatives from W.A.G.E. will discuss practical aspects of the exhibition budget of Free and themes regarding the compensation of exhibiting artists at institutions in the U.S. and Canada.

Founded in 2009, Kickstarter is the largest funding platform for creative projects in the world. Every month, tens of thousands of people pledge millions of dollars to projects from the worlds of music, film, art, technology, design, food, publishing and other creative fields. Kickstarter is a new form of patronage and commerce: creators offer products and experiences that are unique to each project, and keep 100% ownership and control over their work. What underlies Kickstarter’s straightforward premise is a powerful alternate model of funding for the arts: one that enables creators, of all stripes, to realize their projects without the support of the grants, galleries, or the larger art world apparatus. It also raises certain fundamental questions: such as, does art lose its mystique if it is financing is laid bare? How do artworks exist outside the parameters of the art world? Is art, in 2010, at home in mass culture? For this panel, Kickstarter founders Perry Chen and Yancey Strickler will be in conversation with artists who have successfully used this platform to realize projects: Michael Crowe & Lenka Clayton (of Mysterious Letters), Zana Briski (of Reverence & Born Into Brothels), Zach Lieberman (of EyeWriter).

Museum visitors are invited to perform live impromptu cold reads of the Refresh transcripts with guest readers who have been cast by Kristin Lucas. The Refresh transcripts document an exchange that took place between Lucas and a Judge in name change court in 2007. Lucas will be present to introduce the guest readers who were chosen based on their own life experience. César Alvarez will read for the part of Kristin because of his personal name story.

César James Alvarez is named after César Cauce and Dr. James Waller, two victims of the Greensboro Massacre. On November 3 1979, members of the KKK caravaned through an Anti-Klan protest at a public housing project in Greensboro, NC. After verbal altercations the Klansmen pulled guns from the trunks of their cars and opened fire on the demonstrators, killing 5 and injuring 11 others. Alvarez grew up with 2 other Césars who were named for Cauce. He has lived, together with the others, in remembrance of those who died. His name has always signified the loss of a close family friend along with the hope for rebirth, healing, and courage to stand up for justice. There are many others who share the names of the 5 victims of the Greensboro Massacre. The multiplication of these names represents a ripple of loss sent through a community and the desire to keep their memory and values alive.

Jill Magid’s performance-based work involves immersing herself in systems of authority in order to explore issues of vulnerability, observation, and trust. The Redacted Manuscript is a performance based on her experiences working with the Dutch secret service (AIVD). Commissioned by the AIVD to create an artwork for their headquarters, Magid immersed herself in the intelligence agency’s methods, using the tactics of the organization to interview and collect personal information on undercover agents. Surprised by her ability to penetrate the organization to such depths, the agency censored many of the resultant artworks, including redacting a substantial portion of Magid’s manuscript for a novel based on her experience. In a dramatic conclusion to the AIVD commission, the Dutch Ministry of Interior confiscated the original version of Magid’s manuscript was while it was on view in her exhibition at Tate Modern earlier this year. The Redacted Manuscript will be performed by the artist and four actors.

Museum visitors are invited to perform live impromptu cold reads of the Refresh transcripts with guest readers who have been cast by the artist. The Refresh transcripts document an exchange that took place between Lucas and a Judge in name change court in 2007. Lucas will be present to introduce the guest readers who were chosen based on their own life experience. Bob Edgar will read for the part of Judge because of his professional capacity to influence change.

Bob Edgar is the Vice President of Donor Relations for NY Community Trust, a New York City community foundation that assists donors with charitable giving. Like his great-great grandfather, Judge Hugh Lennox Bond, a humanitarian and early civil rights leader appointed by President Lincoln with the task of integrating the South, Bob Edgar also holds a position of social importance. His awareness of emerging issues and the changing needs of the public directly influences charitable activity and has a profound impact on public life. Edgar asked that his honorarium for participation in the event series be redirected as a charitable gift to The Osborne Association.

“The Osborne Association offers opportunities for individuals who have been in conflict with the law to transform their lives through innovative, effective, and replicable programs that serve the community by reducing crime and its human and economic costs.” http://www.osborneny.org/