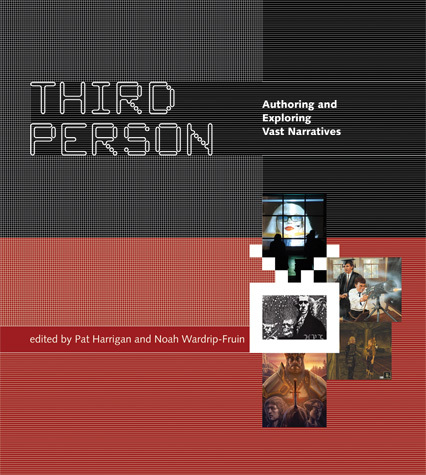 MIT Press recently published Third Person, an essay collection that follows First Person and Second Person in a series exploring how new media has changed the roles of author and audience. Third Person declares its subject to be “vast narratives,” which editors Pat Harrigan and Noah Wardrip-Fruin define as cultural products that extend beyond the physical and temporal parameters usually associated with their medium. While most television detective shows devote one episode to one investigation, The Wire, for example, can stretch a case out over a season, and the continuity of characters and settings puts demands on a viewer’s memory that other shows rarely make. If the Harry Potter series of books is considered the authoritative source of that fictional world even after the release of the films, Lucasfilm delegates storytelling duties for Star Wars among books, movies, and animated series, and each addition extends the fictional universe in new directions in time and space. Vast narratives can also be generative frameworks that allow for many reconfigurations of the characters and settings over several instantiations, as in computer role-playing games and their pencil-and-paper counterparts like Dungeons & Dragons. 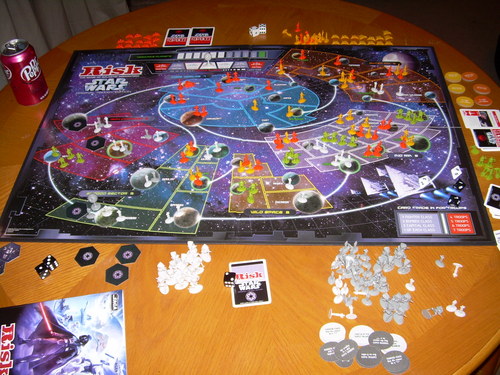 Third Person’s scope is, well, vast, spanning Will Wright’s universe simulator Spore, Richard Grossman’s forthcoming three-million-page novel Breeze Avenue, H.P. Lovecraft’s Cthulhu mythos and its permutations in the hands of fans and colleagues, table-top war simulations, and unwieldy televised tales like Lost and Buffy: The Vampire Slayer. The predominant tone is casual and accessible, so the book has potential appeal among its subjects’ many fan bases—which, one suspects, frequently overlap—particularly because of the essays in the “Authoring” section, which offer first-person insights into designing games and writing science-fiction series, unlike the more detached, academic articles that fall under the heading “Exploring.” Third Person gives a rough sense of the culture industry’s mechanisms for creating and extending vast narratives by offering many loose threads, but leaves future studies with the task of directly addressing the social and economic realities that have produced such a fertile environment for the expansion and multiplication of vast narratives.

Norman Klein, a theorist and author of electronic books, offers a few sweeping statements about the changing role of the reader: “We no longer think in montage and collage; we multi-task in layers more and more,” Klein writes in his essay on the database novel. “We are more identified with the author than the narrative—just think about watching the director’s commentary on a DVD.” But most chapters are narrowly specific, leaving it up to the reader to draw parallels and conclusions among them. In some cases, these can be fairly obvious; like First Person and Second Person, Third Person makes the game a common reference point. Jason Mittell qualifies the vastness of The Wire by arguing that the show follows a narrative logic closer to that of games—like SimCity, he writes, The Wire dramatizes Baltimore and its institutions, and the third season “replays” the drama of the first with variations on certain parameters. In his chapter “My Story Never Ends,” Ken Rolston, designer of the computer RPGs Morrowind and Oblivion, momentously contends that Dungeons & Dragons—besides spawning the RPG industry—changed the very notion of what a game is by removing the end-point of winning or losing. Rolston sees his job as a designer to build “systems and settings that reward unstructured playfulness and self-expression” rather than assigning players quests to complete.

Setting emerges as the key element of vast narrative, more important than characters, and compiling databases takes precedence over storytelling for authors of vast narratives. “Paper-and-pen role-playing creators publish their entire settings,” Rolston further writes, referring to D&D-type “campaign packs,” a genre addressed in greater detail elsewhere in the book by Kenneth Hite. “Novelists, playwrights, and filmmakers, on the other hand, publish only a small fraction of the setting and theme work they do to create their narrative products.” The job of spinning one storyline within a vast narrative is often outsourced. In his chapter “In What Universe?” writer Walter Jon Williams, describes “selling out” to write a Star Wars novel and working within extensive guidelines set by his publisher and Lucasfilm. Sometimes there are attempts to pick up the pieces, to systematize the elements of a vast narrative after many tales of its universe have been told. In a digression from his article on the creeping expansion of H.P. Lovecraft’s Cthulhu mythos, Robert M. Price writes about L. Sprague de Camp’s fruitless effort to organize stories about Conan the Barbarian by many authors in a single chronology.

Such conflicts between real-world notions of continuity and long-running fictions are regular occurrences. In Third Person’s first chapter, Lance Parkin, author of seven Doctor Who novels, surveys “unfolding texts” (to use his preferred term) from James Bond to The Simpsons, describing how their authors cope with discrepancies between time’s real passage and constancy of certain aspects of the fictional universe. Vast narratives often have a “self-aware flourish,” as Parkin calls it, a wink through the fourth wall. Media and pop culture theorist Henry Jenkins, in an interview about superheroes, mentions Marvel Zombies, where “monstrous versions of protagonists do things that would be inconceivable within continuity: Spider-Man munching on Aunt May, or Captain America accidentally cutting off the top of his head when his might shield boomerangs.” Other adventures in self-awareness can involve clashes between worldly concerns and the purity of fantasy. Ren Reynolds’s essay “Competing Narratives in Virtual Worlds” details the legal conflict that unfolded around the World of Warcraft game when Blizzard Entertainment, the game’s developer, said an advertisement for members of an LGBT-friendly group was “inappropriate.” Art historian Michael Bonesteel writes about Henry Darger’s 8,500-page novel Further Adventures in Chicago—a sequel to the better-known 15,000-page illustrated epic on the Vivian Girls—and demonstrates how Darger’s disjointed novel grew by collage, borrowing heavily and liberally from Gothic novels, magazine romances, and newspaper accounts of World War I and the Civil War. 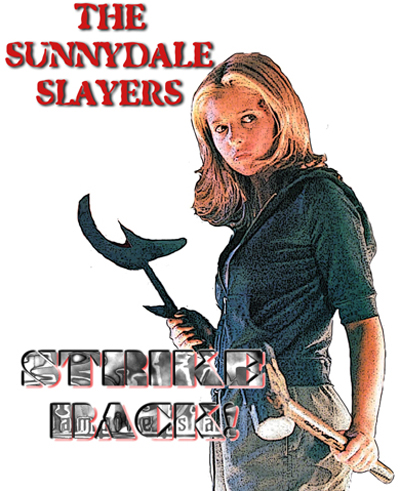 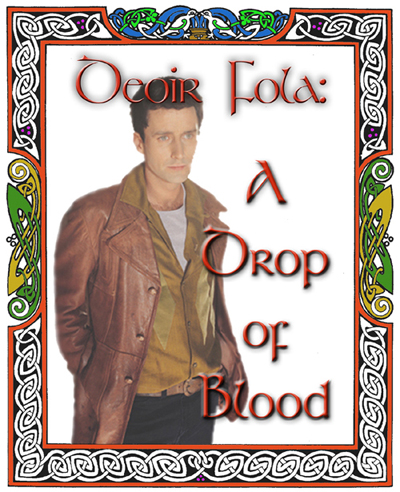 While the contributors to Third Person uniformly discuss narrative as a cultural phenomenon, it’s important to remember that it is also a linguistic one, a common unit of social discourse that makes it possible to organize and share thought. Narrative is a scalable unit; the contents of a novel or a sitcom—at least one that remains within the customary boundaries of its medium—can easily be transmitted in a few sentences. Aesthetic, non-narrative use of language is omitted from summaries of literary fiction, and cinematography is left out of synopses of films. Vast narratives defy summarization entirely. Any reduction of one requires qualifications and conditions, like descriptions of the setting. Bonesteel’s documentation of Darger’s writing process suggests the author’s mind was incapable of operating within the limits of narrative—a psychological characteristic that would seem to dovetail with his social seclusion.

But describing vast narrative as a deviation from “normal” narrative is something Third Person’s authors and editors studiously avoid, apparently to sidestep exacerbating extant perceptions of their subjects as marginal. (Parkin, the Doctor Who writer, addresses this explicitly, professing his dislike for the pejorative terms “franchise” and “sharecropping.”) Beyond a brief discussion of the network television policies that have interfered with a timely plot development for Lost, this circumspect approach prevents frank critique of a cultural economy that demands that narratives be vast. Putting a new spin on a trademarked universe is more cost-effective than investing in a new one—but as important business is for generating and sustaining vast narratives today, Third Person sweeps it under the table. Even in ancient times, vast narratives—the Bible, or bodies of multitheistic legends—were tools for establishing authority and group identity in ways that simple narratives never could be. Perhaps if MIT Press’s electronic book review opens a discussion thread on vast narratives it could broach social and economic topics, using the rich material already provided by Third Person.

I find this very interesting. I am applying for a PhD program on this field and if anyone is up to discuss ideas on audience, spectators and new media, please do write me.

Sergio, I can't seem to locate an email address for you but I thought you might be interested in my recent MA project: