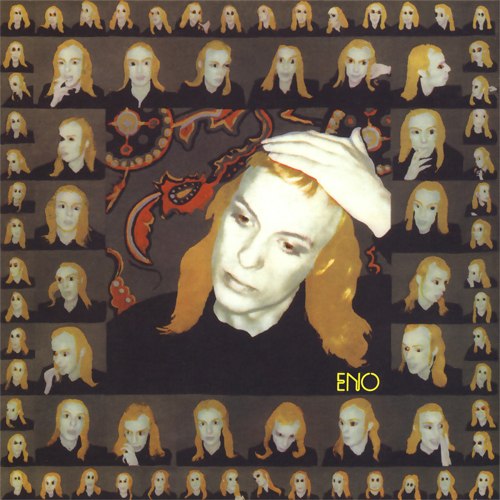 Cybernetics is one of the most widely misunderstood concepts. The word itself seems sinister and futuristic, but the term has ancient roots - the Greek word kybernetes, meaning steersman. Cybernetics was famously defined in more recent times by Norbert Wiener in 1948, as the science of “control and communication, in the animal and the machine.” Words like "control” may seem to have creepy overtones, but at its heart, cybernetics is simply the study of systems. "Cybernetics is the discipline of whole systems thinking...a whole system is a living system is a learning system," as Stewart Brand put it in 1980. Cybernetic systems have been used to model all kinds of phenomena, with varying degrees of success - factories, societies, machines, ecosystems, brains -- and many noted artists and musicians derived inspiration from this powerful conceptual toolkit. Cybernetics may be one of the most interdisciplinary frameworks ever devised; its theories link engineering, math, physics, biology, psychology, and an array of other fields, and ideas from cybernetics inevitably infiltrated the arts. The musician and producer Brian Eno, for example, was a big fan of connecting ideas from cybernetics to the studio environment, and to music composition, in his work in the 1970s.

Eno was first exposed to concepts in cybernetics as a teenager in the mid-1960s, during his days as a student at Ipswich Art College. Several art schools in the UK in the '60s were incorporating ideas from cybernetics into their pedagogical approaches, mainly via Roy Ascott's infamous “Groundcourse” curriculum. Ipswich Art College, where Eno studied in the mid-'60s, was run by Ascott, an imposing presence who incorporated cutting-edge cybernetics principles into his offbeat teaching style. Before Ipswich, Ascott had been head tutor at Ealing, a nearby art school where a young Pete Townshend was studying. "The first term at Ipswich was devoted entirely to getting rid of those silly ideas about the nobility of the artist by a process of complete and relentless disorientation," Eno recalled some ten years later, in a guest lecture he gave at Trent Polytechnic. Ascott's teaching philosophy involved countless mandatory group collaboration exercises -- an echo of cybernetics' emphasis on “systems learning” -- and mental games. Very little of the teaching at Ipswich had anything to do with what the teenage Eno had ostensibly set out to do -- study the fine arts. Instead of daubing canvases with oil paints, Eno and his fellow students were instructed to create "mindmaps'' of each other.

Eno became very interested in cybernetics, and possible ways to apply those ideas to music. As an art school student, he had gotten into observing life on a “meta” level, and looked at his own creative process with a bird's eye view. Cybernetics concepts challenged Eno to think in different ways about the process of making music, and these ideas infiltrated Eno's thinking on many of his 1970s albums in key ways. Groups of musicians working in the studio could be conceptualized, in some general sense, as cybernetic systems. A piece of music composed using feedback, or tape loops, could be construed using cybernetics principles, too. One of Eno's favorite quotes, from the managerial-cybernetics theorist Stafford Beer, would become a fundamental guiding principle for his work: ''Instead of trying to specify it in full detail," Beer wrote in his book The Brain of the Firm, "you specify it only somewhat. You then ride on the dynamics of the system in the direction you want to go." Eno also derived inspiration from Stafford Beer's related definition of a “heuristic.” “To use Beer's example: If you wish to tell someone how to reach the top of a mountain that is shrouded in mist, the heuristic ‘keep going up’ will get him there,” Eno wrote. Eno connected Beer's concept of a “heuristic” to music. 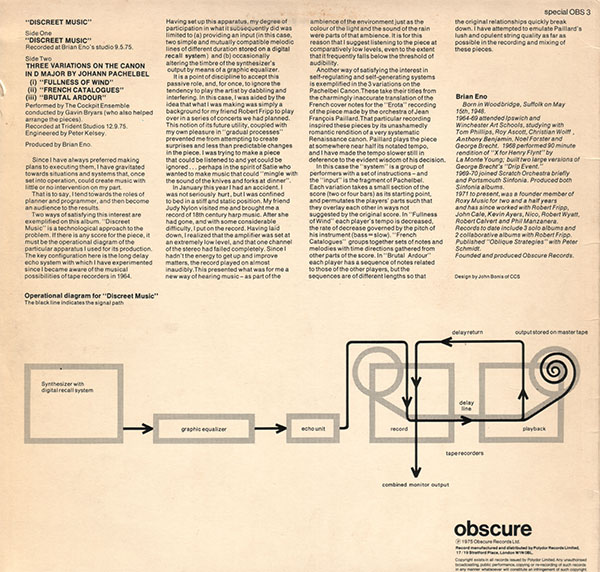 The work of Eno's late friend, the British artist Peter Schmidt, who died in 1980, goes strangely underrecognized in the story of cybernetics and the arts. Schmidt, who died in 1980, had a major impact on legions of artists, perhaps most famously on Eno. Schmidt contributed artwork to several of Eno's key albums in the 1970s. His lithographs adorn the cover of 1974's Taking Tiger Mountain [by Strategy]; he also created the striking abstract painting that formed the cover of Robert Fripp and Brian Eno's 1975 collaboration Evening Star, and a series of prints that were included as collectible inserts in the 1977 album Before and After Science. Schmidt and Eno also released the renowned Oblique Strategies cards - “one hundred worthwhile dilemmas” designed to coax artists out of creative ruts - together in 1975. Schmidt is mostly known as a painter, but he was also an electronic composer in his own right; in 1967, he merged his two interests together, performing a show at London's ICA called “A Painter's Use of Sound.”

Schmidt served as the music adviser to curator Jasia Reichardt for the landmark exhibition "Cybernetic Serendipity" at London's ICA in 1968, and his selection of computer music for the ICA show proved extraordinarily prescient. Schmidt had long been intrigued by electronic music, systems, and their connections to the visual arts. "Cybernetic Serendipity" showcased pathbreaking work by hundreds of artists, including John Cage, Nam June Paik, and Jean Tinguely, and was a huge success for Reichardt and the ICA, drawing somewhere between 45,000 and 60,000 viewers and foreshadowing multiple major trends on the interfaces between art and technology. “Cybernetic Serendipity” also galvanized the interest in systems-based art. "The very notion of having a system in relation to making paintings is often anathema to those who value the mysterious and the intuitive, the free and the expressionistic, in art,” wrote Reichardt in 1968. “Systems, nevertheless, dispense neither with intuition nor mystery. Intuition is instrumental in the design of the system and mystery always remains in the final result." 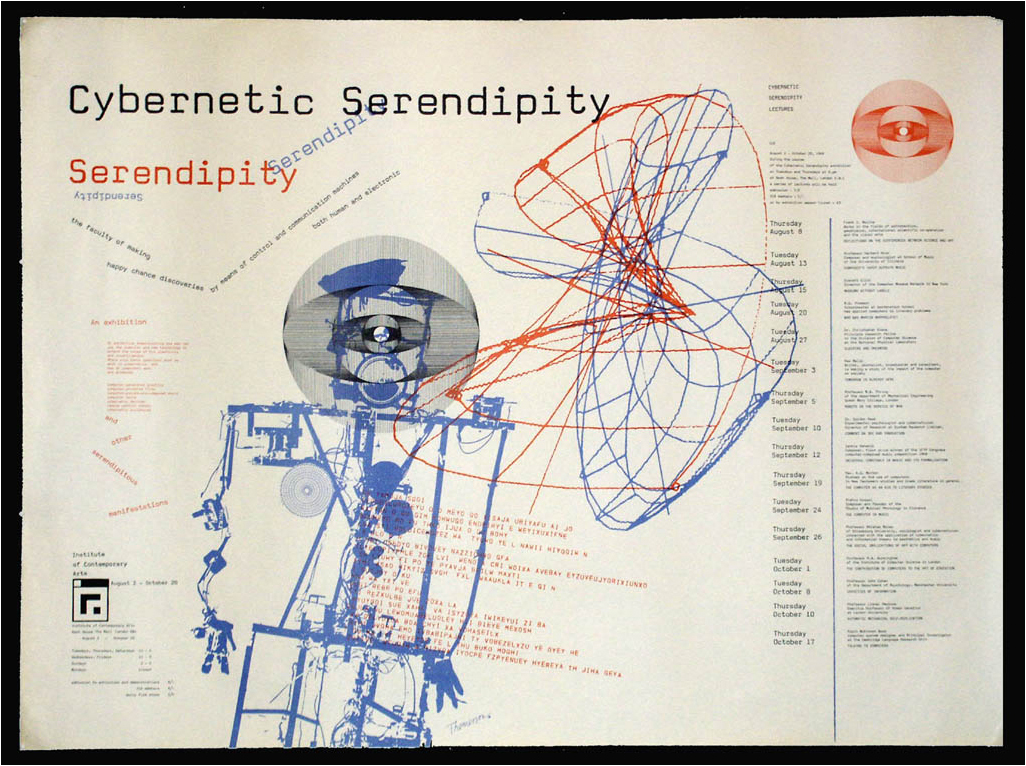 Shortly after "Cybernetic Serendipity," Schmidt held a solo show of his systems-based prints and paintings at London's Lisson Gallery. "The paintings and prints shown here were all done according to pre-conceived formulae," wrote Schmidt in his artist's statement. "In some of them a few decisions were left to be made as the picture progressed, but in most of them all the decisions were made beforehand. But the point of working this way is not at all to achieve a pre-conceived result, it is to allow an unexpected one. The more decisions that I have to make during the course of a painting, the more it becomes that these decisions will be influenced by taste and by the desire for a specific outcome. In these paintings the shape and color structure was often completely predetermined, but the way the paintings looked was a complete surprise.”

A year later, in 1969, Schmidt made a series of 64 drawings based on hexagrams from the ancient Chinese divination system, the I Ching. John Cage had famously been using the I Ching to make compositional decisions -- a move that would inspire the Oblique Strategies cards, published by Eno and Schmidt in the mid-1970s.

Eno and Schmidt released the Oblique Strategies cards together in 1975, when they realized that they had both been independently developing sets of ideas to help themselves come up with creative solutions to trying situations. “The Oblique Strategies evolved from me being in a number of working situations when the panic of the situation - particularly in studios -- tended to make me quickly forget that there were others ways of working, and that there were tangential ways of attacking problems that were in many senses more interesting than the direct head-on approach,” explained Eno in an interview with Charles Amirkhanian in 1980.

The Oblique Strategies cards, while ostensibly quirky, had a specific, utilitarian purpose. The cards were designed to help artists and musicians get out of creative ruts and loosen up in the studio. Each Oblique Strategy had a different aphorism: "Accept advice," read one. "Imagine the music as a series of disconnected events," read another. “Humanize something free of error." The Strategies were, in their own way, a systems-based approach to creativity.

The work of Eno and Schmidt, and of many other artists who took inspiration from ideas in cybernetics and other ideas from the sciences, was never a literal interpretation of scientific principles. That was part of what made it interesting. "One night at dinner, John Cage handed me a copy of Cybernetics by Norbert Wiener, and said "this is for you"," remembered John Brockman in his book By the Late John Brockman, published in 1969. "Robert Rauschenberg encouraged me to read about physics, recommending The Mysterious Universe by Sir James Jeans, and One, Two, Three, Infinity by George Gamow." Rauschenbergian physics and Cagean cybernetics were not, perhaps, the genuine article. These garbled transmissions from the sciences, mixed in ad-hoc ways into the arts, allowed for strange mutations to take root in culture, taking a life all their own.

All systems, if brilliant enough and/or related to nature or mathematics look beautiful and "work." Is that enough, if we are wise? I was all charged up by Cybernetic Serendipity. Despite the wonderful and clever results obtained through such systems approach, once the "oooooooh" is gone, if there is no integration with the human condition, the "oooooooooh" is GONE.

I find it interesting that one would not be able to characterize results obtained in this way as the human condition.