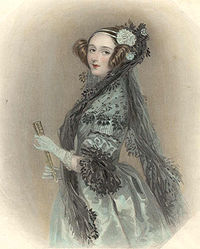 Today is Ada Lovelace Day, an international day honoring women's contributions to technology. Named for Ada Lovelace, who invented one of the first computer programs for the Analytical Engine in the mid-19th century, the event asks bloggers to post entries featuring admirable women in technology in an effort to raise awareness of female forerunners in an often male-dominated sector. We'll be posting about some of the women that we look up to, both within the field of technology as well those working at the intersection between art and technology.

Hey, What about commenting on furtherfield's involvement in this - or are we just out of bounds these days?

As you know, the internet is a big place and it's hard to keep abreast of everything going on all the time. Please add me to your announcements list so I can keep current with all of furtherfield's activities.

My e-mail is jm.boling (at) rhizome.org

Here is the original link announced on Rhizome. It finishes on March 30th…

Thanks for your attention…