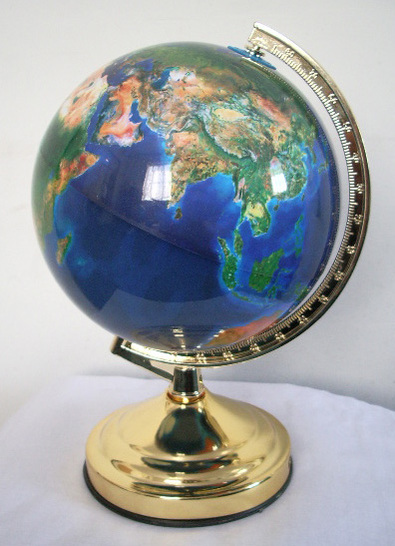 This is the first installment of a monthly column by Rhizome's Contributing Editor Marisa Olson. "Media Studies" will explore timely issues within the broader field of technology. Each post will pay specific attention to the relationship between these subjects and artistic practice. For this column, Marisa provides a reading list on the topic of "Experimental Geography". In recent years, access to geographical tools and data collection has expanded rapidly, allowing many artists to rethink their relationship to the earth and geographical study. This column provides a summation of publications relevant to these developments.

Please join us tomorrow for a panel, organized by Marisa, on "Experimental Geography". Beginning at 3pm in the New Museum's theater, Creative Time curator Nato Thompson, who curated an exhibition of the same title for Independent Curators International, will lead a discussion with artists Lize Mogel and Damon Rich. - Ceci Moss

The following is an initial list of readings that might be of interest to anyone researching experimental geography. It includes key theoretical texts on the nature of space, texts on locative media, and works on radical cartography. Many of them cross over into game theory, cyberfeminism, relations between real and virtual spaces, surveillance, tactical media, psychogeography, situationism, sound art, networked cultures, site-specific installation art, and other related sub-themes. It's tempting to sort these into temporal or topical categories, but to do so might be to inappropriately compartmentalize an ongoing discourse that moves in new directions every day.

This is only a starting point. Please feel free to add texts in the comments. Links to related syllabi would also be a great resource!

John Fels and Denis Wood, The Natures of Maps: Cartographic Constructions of the Natural World, University Of Chicago Press, 2009

Michel Foucault, "Of Other Spaces, Heterotopias, 1967

Michel Foucault, "Panopticism," in Discipline and Punish: The Birth of the Prison, Vintage Books, 1995

Petra Gemeinboeck and Atau Tanaka, "A framework for spatial interaction in locative media", Proceedings of the 2006 Conference on New Interfaces for Musical Expression, June 04-08, 2006, Paris, France

Kevin Hamilton, "Absence in Common: An Operator for the Inoperative Community," (ISEA 2006)

Katharine Harmon, You Are Here: Personal Geographies and Other Maps of the Imagination, Princeton Architectural Press, 2003

David Harvey, Spaces of Capital: Towards a Critical Geography, Routledge, 2001

Lucy Lippard, The Lure of the Local: Senses of Place in a Multicentered Society, New Press, 1998

Miwon Kwon, One Place after Another: Site-Specific Art and Locational Identity, MIT Press, 2004

Kevin Lynch, The Image of the City MIT Press, 1960

William J. Mitchell, Me++: The Cyborg Self and the Networked City, MIT Press, 2003

Trevor Paglen, Blank Spots on the Map: The Dark Geography of the Pentagon's Secret World, Penguin, 2009

Wolfgang Schivelbusch, The Railway Journey: The Industrialization and Perception of Time and Space, University of California Press, 1987

Pall Thayer "On narrative, abstract and location: A few words on lacation-based data in art," 2004 [pdf]

Yi-Fu Tuan, Space and Place: The Perspective of Experience, University of Minnesota, 1977

Charles Baudelaire, "Tableaux Perisiens" from Fleurs du mal, 1861. [scroll down to the poems in the "Tableaux Parisiens" section]

Matthew Coolidge and Sarah Simons eds. Overlook: Exploring the Internal Fringes of America with the Center for Land Use Interpretation, Metropolis Books, 2006.

James Corner "The Agency of Mapping." from Mappings, edited by James Cosgrove. Reaktion, 1999

The book that no one has written about Henri Chombart de Lauwe.

FYI Peter Lamborn Wilson / Hakim bey is an admitted paedophile and the texts you cite might be read so as to forward a paedophilic apologist agenda.

I don't deny that the texts are intellectually valuable and interesting but any reading is probably enriched, as with the other authors by bearing his/her particular politics etc… in mind.

Mark Monmonier How to Lie with Maps

also, chunks of this are pertinent:

Not sure if these are experimental but they often made me think of space in way I hadn't previous to reading them:

Spaces of Capital by David Harvey

The New Urban Frontier: Gentrification and the Revanchist City by Neil Smith

The World Without Technology
http://www.kk.org/thetechnium/archives/2009/03/the_world_witho.php