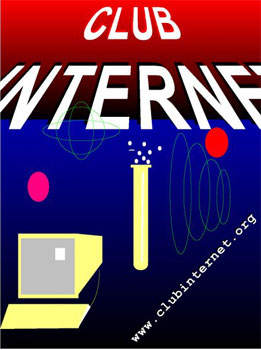 The online exhibition space Club Internet opened its fifth show "Free Fall" earlier this month with a party at Mediamatic in Amsterdam. I interviewed artist and founder Harm van den Dorpel about Club Internet and the current exhibition, which will remain up until November 15th. - Ceci Moss

How did Club Internet begin?

It started by buying the domain name www.clubinternet.org -- I eventually wanted to make money with it because Club Internet is a major telecom provider in France. But then I started playing with it and put a script online that enabled people to upload images. I got intrigued by the idea of forming a group of people like in a surfing club, with an exclusive and mysterious character found in societies like the Freemasons. Following that model, Club Internet is a society with membership, as well as being an online gallery. 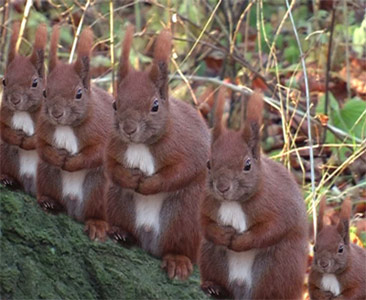 The title for the latest Club Internet exhibition is "Free Fall." What is the concept behind this title?

Works for Club Internet are chosen because they are best viewed online, rather than making a transformation from the screen to a video projector in a gallery. Television programs are best viewed at home, and not in a cinema, I believe the same often applies to Internet art.

The previous shows sometimes dealt with the subculture of internet artists or were referring to some (technical) knowledge usually available only to the more Internet aware visitors. These were valid and interesting prerequisites, often found in clubs, but I wanted this new show to curate works that required no particular interest or knowledge about the technology behind the Net nor infrastructure of the online art world. This show was also the first with an 'official' opening event in a physical space, bringing the online art closer to a public which is more accustomed to consuming art in a gallery or museum situation.

Because I chose to include works that do not so much refer to the structure or theme of the Internet itself, for me it felt like the works were suddenly floating in the air. There was no clear framework such as the browser or HTML to comment on. The result was that many works were more 'generally relevant' and -- I hope -- more monumental. This show wants to challenge the potential internet art has at all and see if internet art is maturing compared to, for example, video art. And whether that matters at all, because I think Internet is not a medium and internet art is not a genre; the computer can emulate all media including video, so we have to come up with an altered media theory.

Besides that, Free Fall is also a Cheap Autumn, it associates with the current banking situation, and a free fall happens in the AIR, which is the codename of the new platform by Adobe for making browserless web applications.

How did you come across the artists selected for the show? Do any of the artists in the exhibition work or collaborate with one another?

Preferably it's a mix of people I know, people whose work I know and total strangers. It's interesting to put an image or animation made by an amateur without any particular artistic ambitions next to a work by a professional artist because they are often using the same tools and footage, so the distinctions are getting smaller. This, in a sense, redefines the concept of maturity too.

Do you see your artistic practice intersecting with your work with Club Internet? How so?

Somehow yes. Club Internet is not a clear fixed idea to me about how it should be. I'm not a media activist. I'm still investigating whether the Internet is here to stay, and especially, in what format. Besides proving the particular interesting possibilities of online art, it awoke my longing for creating physical objects. These new works are rooted in the same fascination for digital culture though. The necessity of the galleries and museums as outputs became more clear to me. I'm still wondering if the internet is a representational medium, or whether it will be more about having an experience. Probably the Internet will seem to disappear because of its growing transparency and ubiquity. Then 'internet artists' will gradually be perceived as 'artists.'