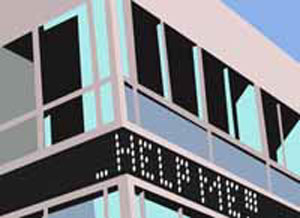 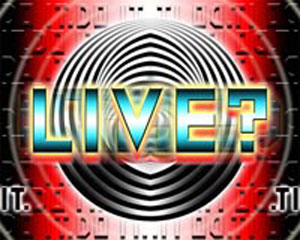 These two screensavers by artists Brian Alfred and Mark Titchner were created in 2006 to accompany an exhibition in Creative Time's ongoing "The 59th Minute" series at New York's Time Square. Appearing on one of the most prominent screens in the square, the NBC Astrovision by Panasonic, "The 59th Minute" is a project, begun in 2000, which brings work by video artists to this singular public space. Both Titchner's Voices you cannot hear (2004) and Alfred's Help Me! (2005) incorporate subliminal messages, and are a commentary on the use of cryptic manipulation in advertising. Given the context and symbolism of Times Square, this was an especially effective move. For Titchner's piece the words "DO IT" appear again and again in the background, whereas in Alfred's piece "HELP ME!" continually scrolls across a static image of a building, mimicking tickertape. Ara Peterson's Energy Fields (2003) also screened alongside these works, but was not produced as a screensaver. Peter Eleey curated the exhibition.