One Thousand and One Biennials
By Marisa Olson 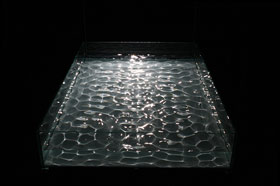 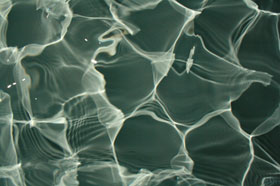 Does anyone know how many biennials there are in the world, now? There is a whole sub-field of biennial studies that looks at such issues as the economic impacts of the shows on their host cities and the artists' market values, or the relationship between Eastern biennials and Westernization. Of course, the latter question hinges on whether the show is called a "biennial" or a "biennale"... The truth is, there are now so many of these that it's easy to overlook them. Even the fledging field of electronic art has a few! But Sweden's Electrohype is a unique one, bringing ambitious installations to the beautiful Malmö Konsthall. Now in its fifth incarnation, the show draws large audiences but avoids the temptation to be a mega-show, instead opting to give serious space and consideration to good work by often more emerging artists. Electrohype 08 features ten international artists whose projects focus on "ongoing processes and time." These are Doug Back (CA), Ralf Baecker (DE), Serina Erfjord (NO), Kerstin Ergenzinger (DE), Jessica Field (CA), Voldemars Johansons (LV), Diane Morin (CA), Kristoffer Myskja (NO), Erik Olofsen (NL), and Bill Vorn (CA). While time and endurance are age-old themes in the modern art world, there's not a usual suspect in the bunch! Nonetheless, there is due notice paid to the histories and influences traced by the show. For instance, Doug Back's Sticks (1979) is showing aside Ralf Baecker's Rechnender Raum (Calculating Space) (2007). Despite a large difference in scale and nearly thirty years between them, both are kinetic sculptures fleshing out what it means to compute and how mechanics might be used to reflect upon human movement. Ironically, the big piece looks at micro-motions within the body and the smaller one looks at social interaction! Other interesting works include Serina Erfjord's Black Stain and Cold Stain (both 2008), which are small stains on the wall that respectively trap magnetic fluid and humidity, so that the respectively light and dark spots bring growth and lifespan into the proverbial room. Voldemars Johansons' Aero Torrents (2007) draws on the old science trick of displaying sound vibrations on the surface of a liquid. In this case, a small pool of water (not altogether dissimilar-looking from an AeroBed) echoes the sonic iteration of meteorological data from recent major storms in Europe. The piece embodies a sort of poetic form of translation, carrying on both bigger water-related weather patterns that have obviously long-predated our field, and reciting a once-novel and now almost vernacular form of representation within electronic art. The presentation of works like these trace enduring practices in the field, while spotlighting new experiments and practitioners. - Marisa Olson