Spreading the Wealth
By Marisa Olson 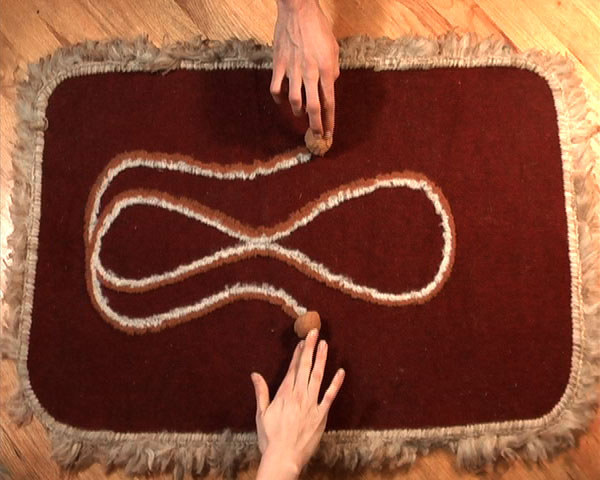 An exhibition at Philadelphia's Basekamp, entitled "What's Mine Is Yours" speculates loosely about the origin of the eponymous phrase, asking if it a Jewish proverb or a socialist ideal, while also working to answer the bigger question of why on earth artists would want to collaborate -- with each other or their audiences. While the art market encourages single authors, hierarchy, and conceptual or physical territorialism, in "What's Mine Is Yours" curator Sara Reisman has encouraged artists to share their feelings about.... sharing. The results are intriguingly as politically charged as they are mystical. Take, for example, Star Systems, a video work in which Bjorn Kjelltoft and Shana Moulton merged their identities. While Rey Akdogan's list of the pros and cons of collaborating could be read as a manifesto, tongue-in-cheek, or fair warning, the Mercury Twins' nebulous Cloud City invites the public to cluster like instant cloud formations. The show opens today and also includes radio-performance work by Kabir Carter and a real-time public networking project by vydavy sindikat. - Marisa Olson