What's in a System?
By Marisa Olson 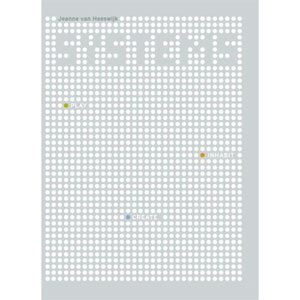 The word "systems" is often used to describe the work of Jeanne van Heeswijki, and now the Netherlands-based artist has released a book by that title. In the ongoing interest of exploring the relationship between human and non-human systems, van Heeswijk's projects are worth a closer look. Often working site-specifically, on the basis of residencies, her modus operandi is to enter a community and invite its inhabitants to speak for themselves. This tactic has played-out in a number of ways ranging from inviting other artists to occupy her studio to inviting local schoolchildren to comment publicly on their harsh living environment. She describes this work as making "cultural models for public spaces," begging the question of what defines both these models and these spaces. A few of her projects have been "controversial," if only because these cultural models seems to call for sites of contestation, debate, and reconciliation. It's clear that the notion of an easy route does not compute in Heeswijk's approach to her practice, and -- usually working in collaboration with others -- she often eschews personal credit for the scenarios she concocts in order to place the emphasis on the intended beneficiaries of these designed encounters. But this lack of glory-seeking shouldn't be confused with a laissez-faire attitude. In truth, she belongs to a new generation of artists working to retool the relationship between art, activism, and public participation. It is the vocabulary of social codes and game-playing that regulates the artist's work and brings it into conversation with other network culture-based performances. Like many activist tomes, Heeswijk's new book functions much like a cookbook offering recipes for the assembly of such models. It is also partly a monograph on her previous work, which one can imagine does not lend itself to traditional documentation, and even more significantly, a manifesto on the importance of experimentation, social interaction, and the freedom to act out. - Marisa Olson