Dialing for Democracy
By Marisa Olson 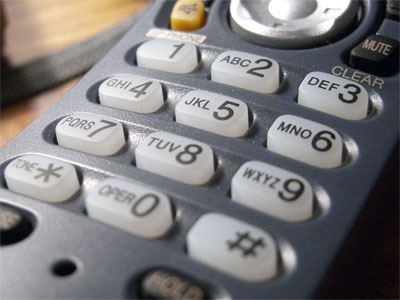 Fred Benenson's Committee Caller allows Americans to participate in politics from the comfort of their couch. The web-based system is a tool for calling one's 'favorite politician,' by automatically putting users in touch with members of US House and Senate committees. Eliminating the time spent on researching names and phone numbers--a task which often dissuades voters from engaging in dialogue with their representatives--Committee Caller invites visitors to enter their phone number, select a committee, and click a button labeled 'Put me in touch with democracy.' After that, they need only wait for their phone to ring and they can cycle through each of the designated politicos in a single round, even rating their level of responsiveness, if so desired. Benenson, a graduate student, came up with the idea after a frustrating effort to track down and contact every member of the House Committee on Education and Labor regarding an amendment that would have limited on-campus privacy. He realized that he could use the Asterisk PBX system to automate the dialing process, and began creating a functional database for doing so. Less than a month old, the tool has become quite popular online, and Benenson believes this is because, "it short-circuits a familiar point of friction for people trying to participate in democracy while simultaneously encouraging them to actually speak to representatives and staffers with their own voice." One side-benefit, to the artist, is that this vocal exchange gives participants the ability to formulate and articulate their arguments about pressing issues. If users would like to make a practice run, they can elect to be put in touch with members of fictional committees, such as The House Committee on Google Oversight. This will prompt them to select names from a list of Futurama characters before being patched-through to the movie ticket service, Fandango. It's a fitting scenario for a project that entertainingly uses new technology to make the ideal of participatory governance a reality. - Marisa Olson