From Here to There
By Tyler Coburn 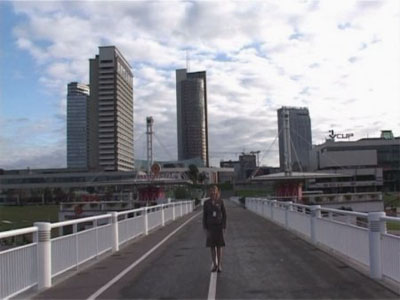 Coinciding with the 2008 German-Baltic Year of Culture, this weekend's "Migrating Reality" conference and exhibition, at GdK Berlin, brings together over thirty artists and theorists to discuss emerging issues in social and technological migration. Particular emphasis will be given to the Baltic nation of Lithuania, which has in the past fifteen years seen more than ten percent of its population emigrate, including a significant portion of its cultural sector. Rather than treat this as a negative trend, however, conference participants endeavor to show the possibilities for cultural and creative exchange, both in physical and virtual space, that such mobility may engender; among them, "temporary autonomous zones where socio-political actions occur without the interference of formal control mechanisms." Participating theorists and artists will offer a handful of studies, methods and objects typifying this newfound hybridity, from Kristoffer Gansing's reading of "Incidental Media Art" in 1960s Sweden as a foundation for future relations between machines and humans; Migrating Reality (2005-8), by Gediminas Kepalas, a two-channel video juxtaposing the 2003 demolition of Berlin's Palace of the Republic and the current reconstruction of The Royal Palace of Lithuania, in Vilnius; and Coolturistes' video Monica, or Thank You Very Much For Showing Interest In Me (2006), in which art critic and Emirates Airlines attendant Monika goes through a flight safety routine in half-time, to the anthem of the European Union. For these practitioners, Europe's emergent transnationalism enables new hubs of virtual-analog activity, where rereadings of the continent's past are integral to the project of twenty-first century community-building. - Tyler Coburn

Image: Coolturistes, Monica, or Thank You Very Much For Showing Interest In Me (video still), 2006