Eyes on the Prize
By Caitlin Jones 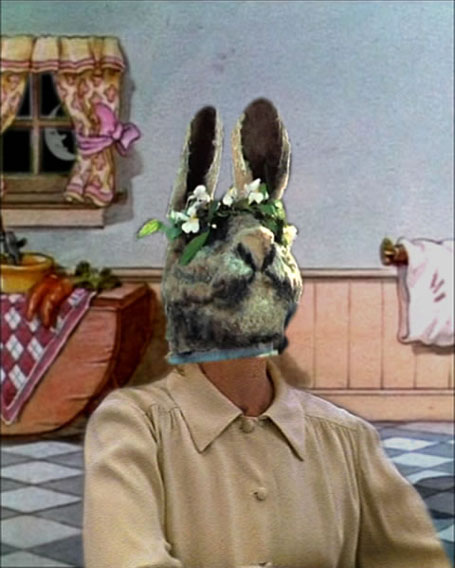 In the 1940s, Walt Disney teamed up with Salvador Dali to create the animated film Destino, but according to legend the film was never finished because executives at Disney thought it couldn't possibly make money (although the short 6 minute version was compiled a few years ago). Loukia Alavanou, this year's winner of the DESTE Prize (an award given to up and coming Greek artists) appears to be the progeny of this unlikely collaboration. Using Disney cartoons, other found footage, and photographs, Alavanou's discomforting animations may draw from Disney sources like 'Snow White,' but seem aesthetically far closer to Dali's surrealist ouevre. Through the use of such iconic footage, as well as old Hollywood cinema, Alavanou subverts the fantasies of true love, romance and gendered power structures that these genres served to instill. The DESTE Prize, founded by Greek collector Dakis Joannou, is juried by an international panel of artists and curators