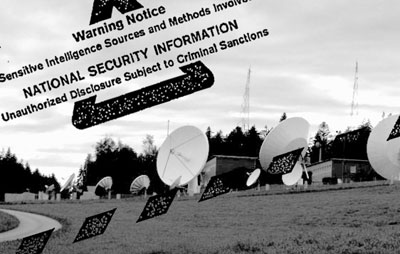 Located within Dubai's sci-fi sounding 'Internet City' (an area that is billed as a 'tax free zone') is the Dubai Digital Arts Center (DUDAC). Built by the government to promote the arts within this city's hyper-commercial environment, DUDAC has the potential to be a hub for media arts in the Middle East. For the past month, DUDAC has been host to a retrospective of N3krozoft Ltd , a multi-disciplinary "delocalized collective research project" who use technology as medium, as product, and as part of an event-based practice. Their preoccupation with surveillance and geopolitics makes Dubai an intriguing locale for their performance-based work. Part performance, and part spy movie, their performance BLACKBOX:GVA incorporates both stock and real-time footage of the city to tell the story of 'John Doe' a military technician who can intercept psychic communication. N3krozoft Ltd will also perform KASPAROV 9000 a new work based on the mous Kasparov v. Deep Blue chess match (with accompaniment from the Dubai Chamber Orchestra who will adapt of the infamous Tetris game score). With the proposed Saadiyat Cultural District in the United Arab Emirates' other major center, Abu Dhabi (with is slated to include both Louvre and Guggenheim Museum outputs), as well as Art Dubai (another art fair) it seems as though the government is looking beyond