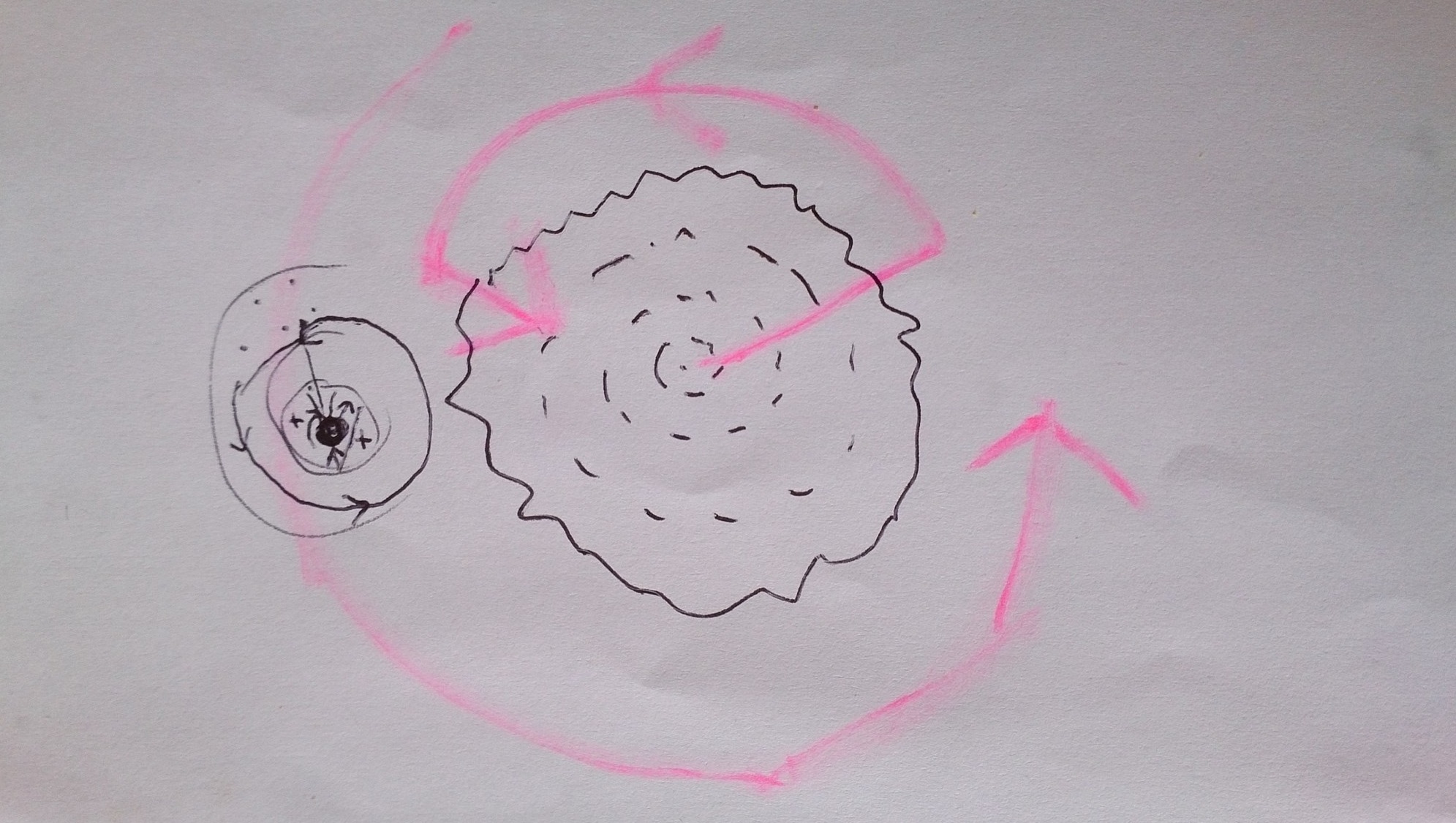 TRANS PLANET is an occasional poetic interaction that showcases the work of emerging transgender and gender-nonconforming poets and artists. The second installment in the online reading series will take place on April 22, 2016 at 9pm EST on the front page of rhizome.org.

TRANS PLANET is an occasional poetic interaction that showcases the work of emerging transgender and gender-nonconforming poets and artists.

The first episode of TRANS PLANET was hosted by NewHive in October 2015. The co-organizers of that event coalesced loosely from THEM, a trans literary journal which Jos Charles co-founded and edits, and IN FEAR OF A TRANS PLANET at Be About It Press. The co-organizers crowdfunded a west coast tour which took place in July 2015, as well as an accompanying tour publication, transitioning afterward to an online reading format.

Event curator Manuel Arturo Abreu writes, "As the only visibly nonwhite core group member, I felt nervous that TRANS PLANET would serve as an extension of white gender coloniality, both in online and meatspace manifestations. Going forward, it was important for me to mitigate our programming’s reification of the whitewashed trans tipping point, which erases so much of the work trans people of color, especially black and brown trans women, have done for the trans, gender nonconformity, and LGBTQIA+ communities as a whole."

Mx Angel is a saint, cyborg, digital nomad, in search for new terrains and new bodies to inhabit. Fond of clowns and Angels. Won't be here when the rapture happens..

Van Binfa is a genderqueer, trans masculine, Latinx artist and writer. He has been working in and for the QTPOC community in Chicago since 2010—as a board member, volunteer, public speaker, and co-founder of Soy Quien Soy in Pilsen. Van has received awards and recognitions for his advocacy, including being named as one of the Trans 100 in 2013. Recently, Van has become an editor for Lady Gunn Magazine, a mentor for gender-creative youth, and an advocate for disability justice. His passion remains rooted in writing and art, with experience crafting novels, erotica, creative nonfiction, web comics, and poetry. His poem “Four Years” was published in THEM, the first trans literary magazine, in 2014. Van enjoys anything to do with the show Supernatural, tacos, cooking Chilean dishes from his childhood, and thesauri.

CHRYSALISAMIDST aka K. Scott Jackson, is a youth mentor and performance artist currently based in Buffalo, NY.  Inspired by the college age coming out process, bout of homeless and entanglement in the non-profit and medical industrial complexes the artist experienced, they decided to dedicate their efforts to vocalize the struggles of TWOC and the need for QTPOC centered resources and advocacy. Classically and Opera trained, CHRYSALISAMIDST began the foray into electronic music and performance art after spending time in the Communication and Journalism fields, creating videos for non-profits locally as well as co-producing religious news segments. In their spare time, K mentors youth and educates local community organizations on transgender and non-binary awareness at GLYS Youth Services, and is currently working on film projects and music projects centered on the often erased voices of trans femmes as a celebration of our lives instead of our deaths.

Joshua Jennifer Espinoza is a trans woman poet living in California. Her work has been published in The Offing, The Feminist Wire, Washington Square Review, and elsewhere. Her first book i’m alive / it hurts / i love it was released by Boost House in 2014.

Porpentine Charity Heartscape is a new media artist, writer, game designer, and trash woman. Her games and curation contributed to the popularity of accessible text art software Twine. She's won the XYZZY and Indiecade awards, had her work displayed at EMP Museum and The Museum of the Moving Image, been profiled by the NYTimes, commissioned by Vice, the New Inquiry, and Rhizome, and she is a 2016 Creative Capital Emerging Fields awardee.

Sade Murphy is a poet and artist from Houston, TX. Sade is a graduate of the University of Notre Dame, the author of Dream Machine (co-im-press, 2014), and a columnist at Real Pants (Lonely Britches and What’s the Tea). They are pursuing an MFA in Creative Writing and Activism at the Pratt Institute in Brooklyn. They are the new chapbooks editor for Horseless Press and a co-curator for a reading series at Pete’s Candy Store in Williamsburg.

Thel Seraphim, if we're being optimistic, is the author of the forthcoming books "The Other Ellipsis" and "Subspace Biographies," but they might be the same book. This is her third rodeo, depending on how you count it. Weird, promised to the night.

manuel arturo abreu (b. 1991, Santo Domingo) is a poet and artist from the Bronx. They work with found text, lyric, ephemeral sculpture, and photography. Their first book, List of Consonants, is available from Bottlecap Press. manuel's next chapbook, transtrender, is forthcoming Spring 2016 from Quimérica Presse.

Organized for Rhizome by Chloe O'Neill.