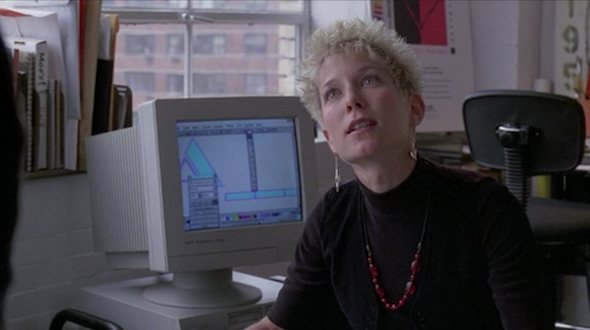 Museum of the Moving Image

In this illustrated lecture, Jeff Thompson will share the results of his Rhizome-commissioned project of watching all 456 episodes of the American crime drama Law & Order, tracking the representation of computers throughout the series. The project treats Law & Order as a unique database of images and speech, one whose "ripped from the headlines" format mirrors our fascinations with and fears about computers and networked technologies in the 1990s and early 2000s. In this illustrated talk, Thompson will share and narrate some of the more than 11,000 screenshots he captured from the series. The lecture will be followed by a discussion with Thompson, Michael Connor, Editor and Curator of Rhizome, and Kevin Raper, the graphic designer who created many of the computer interfaces used on the series.

A limited edition booklet will be available as a takeaway at the event.

The Rhizome Commissions program is supported, in part, by funds from Deutsche Bank Americas Foundation, the Jerome Foundation, the National Endowment for the Arts, and by public funds from the New York City Department of Cultural Affairs and New York State Council on the Arts. Additional support is provided by generous individuals and Rhizome members.