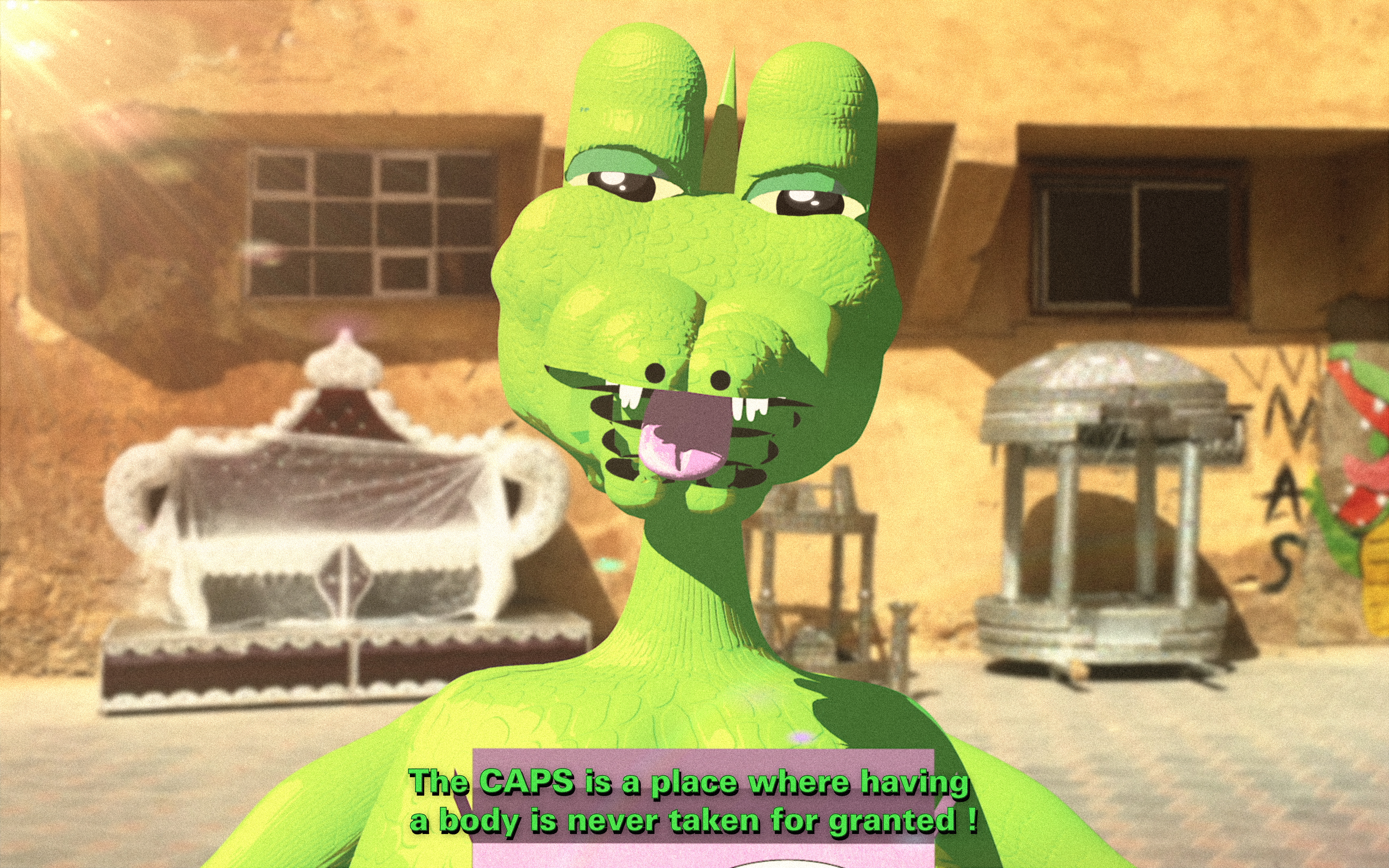 Party on the CAPS: A screening and conversation with Meriem Bennani

Narrated by an animated crocodile, Meriem Bennani’s recent film Party on the CAPS is a docunarrative exploring the robust, technologically advanced, and totally hybridized culture of a fictional island in the Atlantic Ocean called The CAPS. The film follows residents of a Moroccan neighborhood on the island–who, like all of the CAPS’ inhabitants, are refugees rejected by the United States—as they hang out, party, and otherwise go about their lives in this speculative society. Blending science-fiction and geopolitical realities, Party on the CAPS addresses immigration, surveillance, the real and the virtual, and globalized culture with humor and empathy.

Following on from an exhibition of the work as an installation at the Stoschek Collection in Berlin, Rhizome is pleased to present an online screening of Party on the CAPS followed by a conversation between the artist and Rhizome editor and curator Aria Dean.

Meriem Bennani (b. 1988 in Rabat, Morocco) lives and works in Brooklyn, New York. Juxtaposing and mixing the language of reality TV, documentaries, phone footage, animation, and high production aesthetics, she explores the potential of storytelling while amplifying reality through a strategy of magical realism and humour. She has been developing a shape-shifting practice of films, sculptures and immersive installations, composed with a subtle agility to question our contemporary society and its fractured identities, gender issues and ubiquitous dominance of digital technologies. Bennani’s work has been shown at the Whitney Biennale, MoMA PS1, Art Dubai, The Vuitton Foundation in Paris, Public Art Fund, CLEARING and The Kitchen in New York.

image: still from Party on the CAPS (2019), courtesy the artist