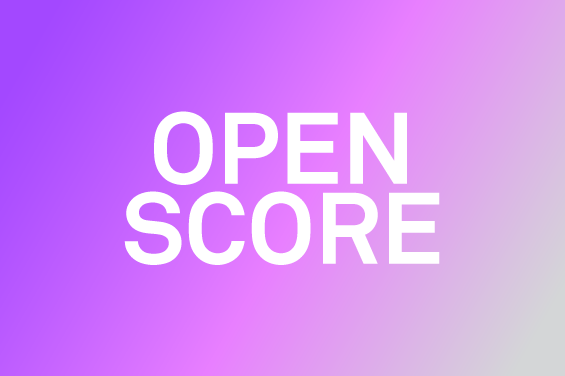 Rhizome and the New Museum jointly inaugurate Open Score, an annual symposium that will explore the state of art and technology today. Convening luminary artists, curators, researchers, and writers to discuss how technology is transforming culture, the first edition of Open Score will consider how artists are responding to new conditions of surveillance and hypervisibility; how social media’s mass creativity interfaces with branding and identity for individual artists; how the quality and texture of art criticism is evolving in a digital age; and what the future of internet art might be in light of a broader assimilation of digital technologies. Supported by the Robert Rauschenberg Foundation, Open Score: Art and Technology 2016 will mark the fiftieth anniversary of the groundbreaking initiative Experiments in Art and Technology. The conference’s title is taken from Rauschenberg’s live performance Open Score during one of E.A.T.’s most iconic events, "9 Evenings: Theatre and Engineering."

The rise of web 2.0 in the mid-2000s promised to democratize culture by putting individual participation center stage. A decade later, we have a more thorough grasp of the specific kind of self-expression that social media offers. On the one hand, it is limiting and restrictive: the users get little, while the platform reaps the benefits of their labor. On the other, it retains the ability to challenge prevailing cultural hierarchies and to facilitate the performance of new kinds of subjectivity. This panel will address a number of questions, including: How has social media influenced art production and remapped its boundaries and power structures? How do artists navigate pressures of commercialization and self-branding? And, what is the status of authenticity amid pervasive performance and self-branding?

How are the quality and texture of art criticism evolving in the digital age? This panel will address the following questions, among others: Is the expanded field of debate and art criticism—from the online platforms of magazines to viral Instagram posts—altering the boundaries of art? What problems accompany the greater immediacy that social media affords? How is this discourse shaped by platform design and its underlying mandates? How do magazines and journals operate within and speak to this new context? What voices are encouraged to speak, and which, if any, are quieted?

Being seen by a boundless audience is now the norm—be it friends and followers or data-mining bots who are looking on. This panel will explore the ways artists and activists are responding to our new conditions of visibility by considering tactics of withdrawal, obfuscation, and even assimilation ("normcore"), while others are questioning whether such tactics limit the potential to build empathy and solidarity. This session will focus on questions such as: What new works or activist tactics are emerging in this context? Are withdrawal and obfuscation “weapons of the weak” or potent means for transgressing and critiquing power? And, how do online communities—artistic, political, or subcultural—form amid a cultural space so quick to appropriate and commercialize difference?

Over the course of two decades, the nascent field of internet-based practice has exploded into the mainstream and become ubiquitous. The internet is no longer a new medium but a mass medium that permeates every aspect of culture and society internationally. In light of this, what is the future for the field of art engaged with the internet? Will it continue to offer artists the opportunity to connect with publics directly, without relying on art institutions? How will the history of internet art continue to inform its future, given the problems of creating digital social memory? How will the web’s increased competition from locked-down applications change digital cultural production and distribution? What has internet art’s embrace by the mainstream of contemporary art and popular culture done to its form and visibility? Will there be such a thing as internet art ten years from now, or will all art created before the internet, as the artist Oliver Laric has suggested, simply be "pre-internet art"?

Open Score: Art and Technology 2016 is made possible by the generous lead support of the Robert Rauschenberg Foundation.