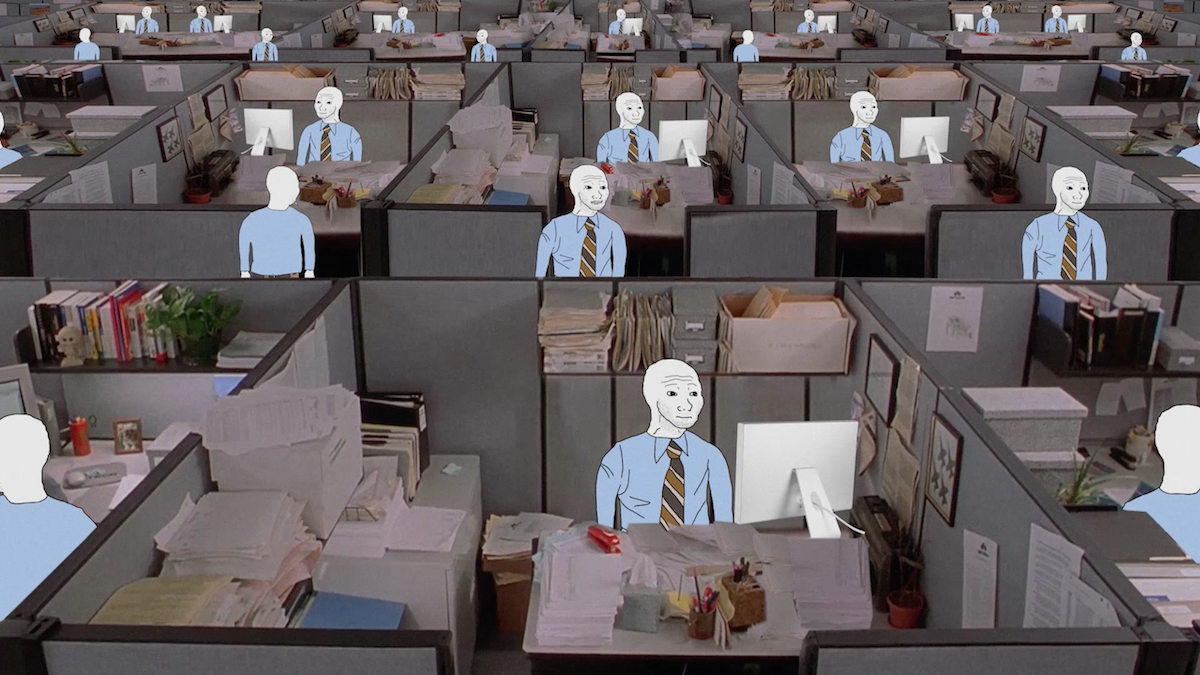 Following in the aims of our fall research into political radicalization online, Rhizome presents a special preview of TFW NO GF, a documentary directed by Alex Lee Moyer exploring the inner and online lives of Incels (“involuntary celibates”), NEETS, edgelords, and trolls. The film’s title references a popular meme used to mark contemporary feelings of depression–“that feel when no girlfriend”—and to link them with one’s romantic straits. The meme’s somber protagonist Wojak is the unofficial mascot of a vast online community of self-described "hyper-anonymous twenty somethings." TFW NO GF follows in the tradition of the 1981 documentary The Decline of Western Civilization, offering an intimate portrait of an American subculture and the kids who power it. Moyer’s subjects are often feared, mocked, and reviled online, but she treats them with depth and even compassion. Though there is no justification for the violent actions of the more extreme among them, Moyer reveals this alienation as a complex and operative force in the digital cultural landscape. The issue isn’t “NO GF,” it’s that they are the inheritors of decades of decline–cultural, political, infrastructural, and economic–and, as Moyer’s film makes clear, they know it.

This program is presented by Rhizome.