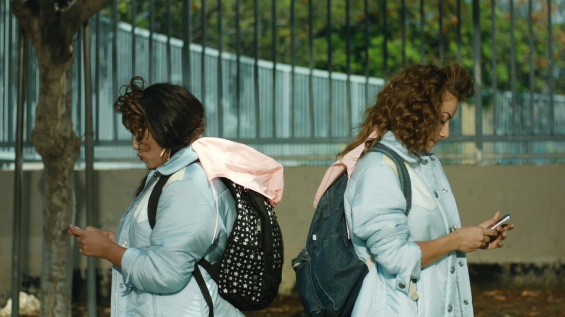 First Look: Somebody, An evening with Miranda July

Join prolific artist and filmmaker Miranda July for a special evening where she will describe and demo her new text-messaging service: Somebody™. The service, an iOS application available for free download via the iTunes Store, continues July’s longstanding exploration of ways to humanize our interactions with technology. She describes the operation of the application in the following way: “When you send your friend a message through Somebody, it goes—not to your friend—but to the Somebody user nearest your friend. This person (probably a stranger) delivers the message verbally, acting as your stand-in.” In September and October, the New Museum is a “hotspot” for Somebody as part of a distributed launch that also includes the Los Angeles County Museum of Art; Yerba Buena Center for the Arts, San Francisco; Portland Institute of Contemporary Art; the Walker Art Center, Minneapolis; and Museo Jumex, Mexico City.

About Miranda July
Miranda July is a filmmaker, artist, and writer. She wrote, directed, and starred in The Future (2011) and Me and You and Everyone We Know (2005), which won a special jury prize at the Sundance Film Festival and four prizes at the Cannes Film Festival, including the Caméra d’Or. July’s fiction has appeared in the Paris Review, Harper’s Magazine, and the New Yorker; her collection of stories, No One Belongs Here More Than You (2007), won the Frank O’Connor International Short Story Award and has been published in twenty-three countries. The nonfictional work It Chooses You was published in 2011. In 2000, July created the participatory website Learning to Love You More with artist Harrell Fletcher, and a companion book was published in 2007; the work is now in the collection of the San Francisco Museum of Modern Art. She designed Eleven Heavy Things, an interactive sculpture garden, for the 2009 Venice Biennale, and in 2013, more than a hundred thousand people subscribed to her email-based artwork We Think Alone (commissioned by Magasin 3, Stockholm). In 2014, she debuts the audience participatory performance New Society at the Walker Art Center in Minneapolis and launches the app Somebody, a messaging service created with the support of Miu Miu. The First Bad Man, a novel, will be published in January 2015. Raised in Berkeley, California, July lives in Los Angeles.