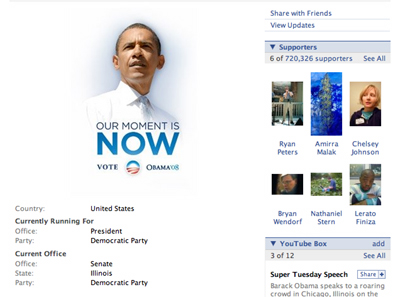 Election '08: How the Internet is Re-shaping National Politics

Grassroots organizations like MoveOn.org and Meetup.com played a significant role in the lead-up to the 2004 presidential election. Campaign '08 has thus far been a very different project, with some of its most crucial points playing out across YouTube.com, viral marketing, and blogs. For Election '08, leading critics, artists, and media strategists will address the increasing role the Internet and digital technologies have come to play in national politics and focus specifically on the ways new media have been used for advocacy in the run-up to the election. The panel will be moderated by Jason Pontin, Chief Editor of the MIT Technology Review; Panelists include Farai Chideya, host of NPR's News and Notes, and founder of PopandPolitics.com; Jonathan Askin, a strategist on Barack Obama's Technology Advisory Board and Professor at Brooklyn Law School; Beka Economopoulos, artist and founder of Not An Alternative; and Liza Sabater, founder and publisher of Culture Kitchen and Daily Gotham.