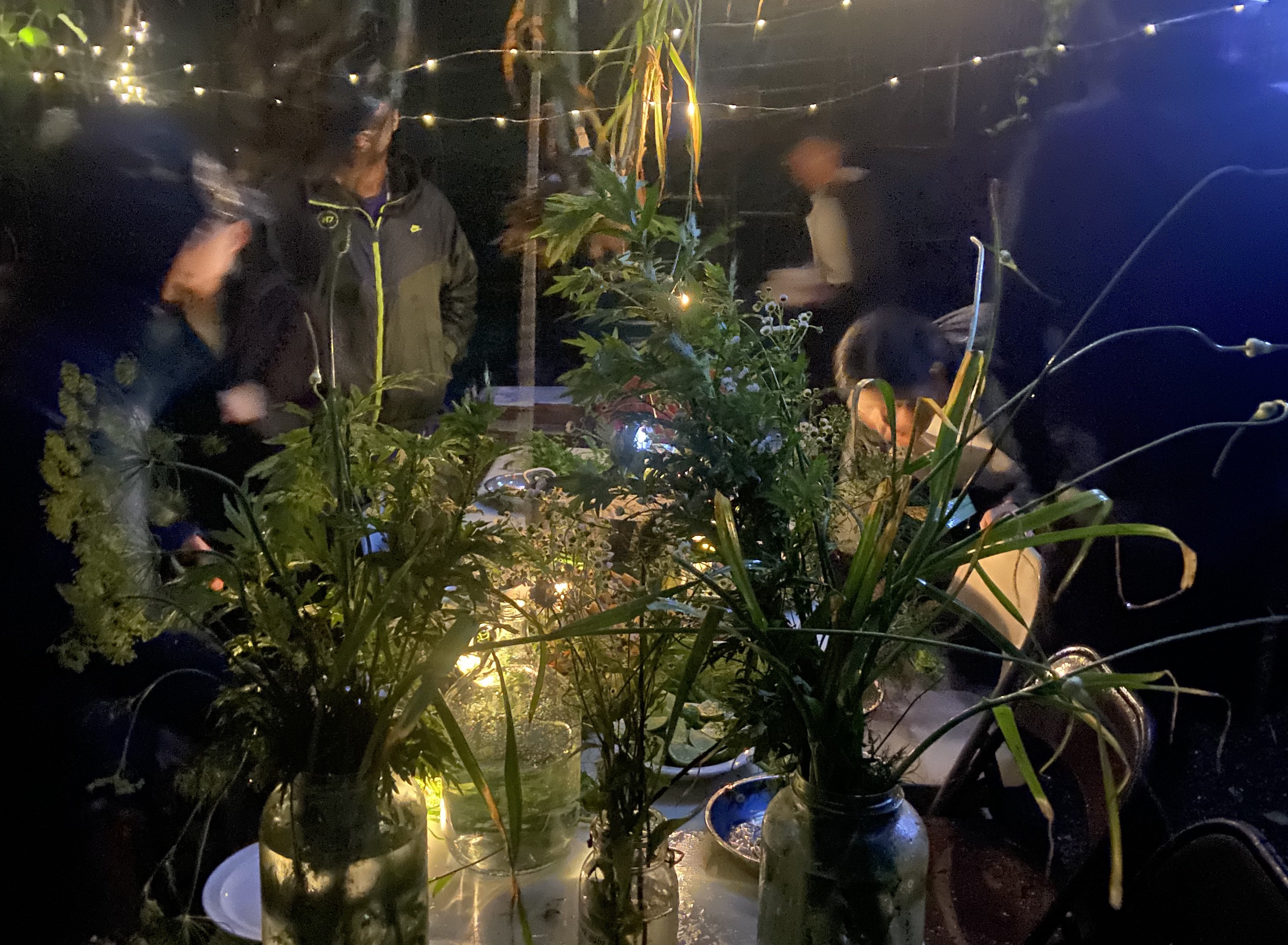 This summer, at the invitation of artist Shu Lea Cheang, I gathered a group of artists for Geek Camp 2021: Neversink Never Ever, organized by Rhizome. This was the first of Cheang’s annual “Geek Camp” convenings, in which she welcomes city-dwelling creative practitioners to spend days camping together at CycleX, an experimental farm and cultural center. Located in what is today known as the town of Andes, New York, CycleX is just a few miles uphill from where the East Branch of the Delaware River feeds the Pepacton reservoir.

I chose practitioners who I felt could work and live together for a short time, and whose practices resonated with the context of the watershed. Tecumseh Ceaser, Nabil Hassein, Melanie Hoff, Christopher Lin, Jan Mun, and TJ Shin considered Cheang’s prompts to walk the trails, consider the ebbs and flows of the reservoir, and engage waves as carriers to recall buried, bittersweet sentiments of displacement and relocation.

We began camp with a familiar ritual: sitting around a fire, where we discussed and committed to a community agreement. We endured torrential rainfall. We cooked delicious meals, including produce from Tovey Halleck’s farm, venison from a deer that had been struck by a car, and foraged food. We learned about permaculture with mycologist Erwin A. Karl. Founder of the Center for Algonquin Culture, Evan T. Pritchard, taught us about portages: the spaces between two navigable waters, where travelers pick up and put in boats—points of connection and disconnection.

Artifacts and commissioned projects from that experience are collected in “Wet Networks,” a new exhibition opening Saturday, October 30 at the Queens Museum. I hope they illuminate some of our questions about the relationships between new technologies and traditional ways of knowing, the challenges of collective care, and how land and water shape and are shaped by one another and us.

“Wet Networks” is presented alongside The Relief Map of New York City's Water Supply System, a topographical model that highlights the remarkable water system that brings over a billion gallons of fresh water to New York City every day. The Relief Map was built by the New York City Department of Water Supply, Gas and Electricity (now the Department of Environmental Protection) and intended to be displayed as a part of the 1939-1940 New York World’s fair, but it was too large to fit. In 2008, it was restored through a partnership between the DEP and the Queens Museum and remains on display as an important artifact that encourages reflection on the fragile resources that sustain New York City, their importance to other ecosystems, and the profound impact of infrastructure on people. 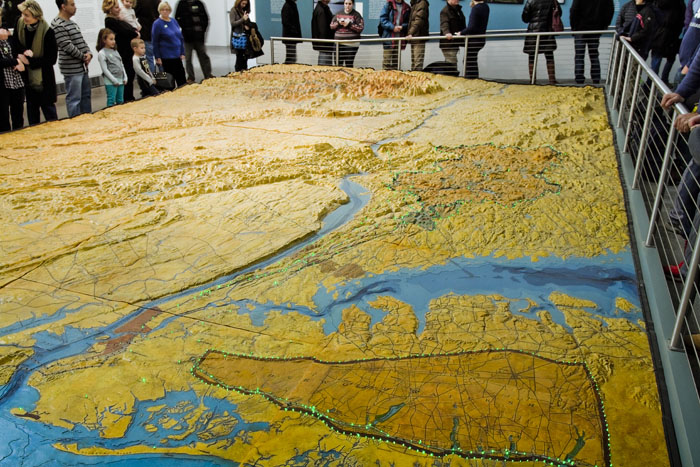 The Relief Map of the New York City Water Supply at Queens Museum.

Featured image: Photograph of a communal meal prepared during Geek Camp 2021: Neversink Never Ever. Courtesy Melanie Hoff. Image shows an outdoor, nighttime communal dinner. People are gathered around a rectangular table that is covered in plants. The surrounding area is lit by white string lights. Some people are observing the table plants directly, while others are engaging in conversation with one another or just passing through.