“World on a Wire” Opens at Hyundai Motorstudio Moscow
By Rhizome 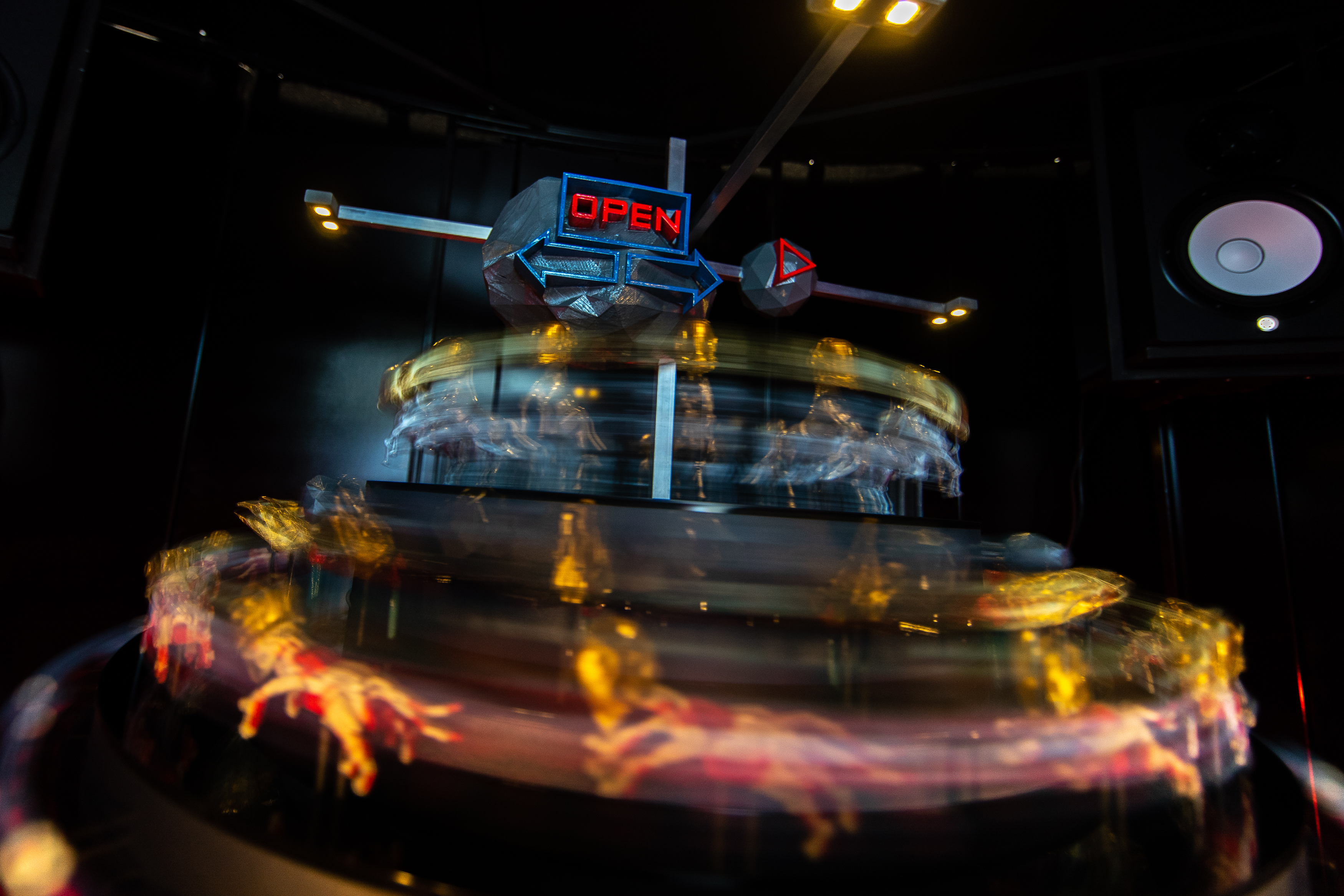 “World on a Wire” opened this week at Hyundai Motorstudio Moscow. The exhibition is a collaboration between Hyundai Motor Company and Rhizome of the New Museum in New York, as part of a partnership which began earlier this year, devoted to amplifying new modes of born-digital artmaking. The exhibition explores the possibilities and poetics of simulation as artistic practice, featuring work by Mariia Fedorova (Russia), Tabor Robak (United States), Rachel Rossin (United States), and Theo Triantafyllidis (Greece).

The Moscow edition of “World on a Wire” is the third and final event in the series, following Beijing and Seoul, and will feature the debut of a newly commissioned work by Fedorova: Pandemic Chronotope (2021, which) melds 3D animation, traditional Russian iconography, and early moving-image technology to narrate an abstracted, population-level experience of the COVID-19 pandemic.

On October 23, the exhibition will also host Hydrogen City, a site-specific performance by artist duo Digital Object Alliance.Presented as part of a partnership between Rhizome and the Garage Digital program of Garage Museum of Contemporary Art:

Hydrogen City will use the sound system and video media of Hyundai MotorStudio, the spaces of which will become the performers’ locations for going through stylized missions, to which the viewer will be able connect or remain as an observer, one way or another choosing a role in the open world of the virtual city. The costumes for the performers have been designed by stylist Alisa Cayoo.