Strengthening Rhizome for its Next 25
Announcing new roles, new efforts, and new Board members
By Zachary Kaplan 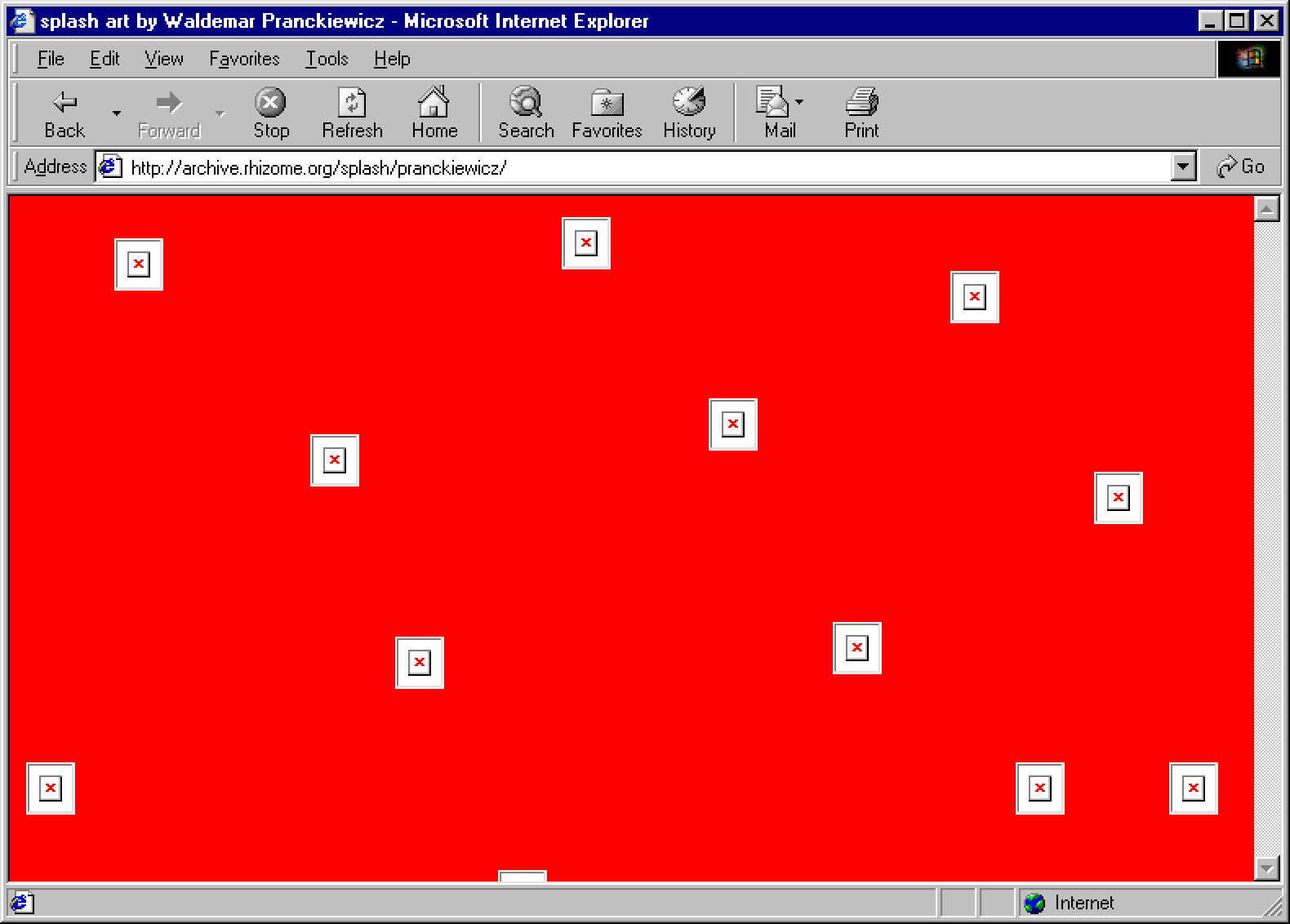 Founded in 1996, Rhizome celebrates its 25th birthday this year. We've changed so much! We began as an email list connecting artists working with digital media, launched ArtBase in 1999 and commissions in 2001, affiliated with the New Museum in 2003, founded a formal preservation program in 2010, and began offering a web archiving service in 2015, all alongside day-to-day publishing, presentation, and exhibition work. Throughout these years of growth and evolution, the way we serve our mission to champion born-digital art and culture has expanded and the public our programs serve has grown and become more varied in its interests. Even as we leave our youth behind, we want to keep up our momentum and ensure that Rhizome is well-positioned to continue to thrive and best serve our field.

To that end, I have some news to share with you.

A Major Investment in Rhizome's Sustainability

We're excited to announce that The Andrew W. Mellon Foundation has awarded Rhizome a five year, $1,000,000 "Change Capital" grant supporting our long-term resilience. This is a first-of-its kind investment in our organization, with a two-fold objective: to ensure the organization will continue to realize its mission regardless of external circumstances and to mature our community operations to keep up with the public engaging our work. It will reinforce financial stability, improve the delivery of our program, and support long-term care for the ArtBase collection. The grant was informed by months of research we conducted with the Nonprofit Finance Fund as a part of a cohort of like-minded digital humanities organizations invited to analyze their financial and organizational capacity.

The grant will be used to hire two new full-time positions: a Development Director tasked with strengthening our financial capacity and a Community Designer, who will liaise with communities around Rhizome to inform and design the evolution of rhizome.org, ArtBase, Conifer, and more. We will also make additional financial investment in the open-source software projects we rely on—such as Webrecorder, Emulation-as-a-Service, and Wikibase—and launch a new annual fellowship at Rhizome to help foster their developer communities. Finally, the grant will establish new operating reserves—standing capital for times of extreme stress or significant and unexpected investment.

This grant from the Mellon Foundation will give Rhizome a firm foundation on which to build its next twenty-five years of service to born-digital art and culture.

We'll kick off the grant work by issuing the call for applications for the new Development Director position today. The job description can be found here and we will be accepting applications until the role is filled. We expect to post the Community Designer job description in the coming weeks.

Lindsay is a longstanding member of our community, whose curatorial work, among other accomplishments, gave early platform to post-internet art, and whose other work has long endeavored to define new modes of sustainability for artists working with digital media. Trevor got involved with Rhizome through our Seven on Seven platform and has acted as a continual reference point for us as we think through new community formations made possible by digital networks. Mendi and Keith are artists whose rich practice has continued to anchor our understanding of net art history and the poetics and politics of data and sound, and define new interdisciplinary paths forward.

Together, these four (whose full bios run below) will bring to Rhizome's governance a rich understanding of how artists, researchers, educators, and general publics engage with born-digital art and culture. 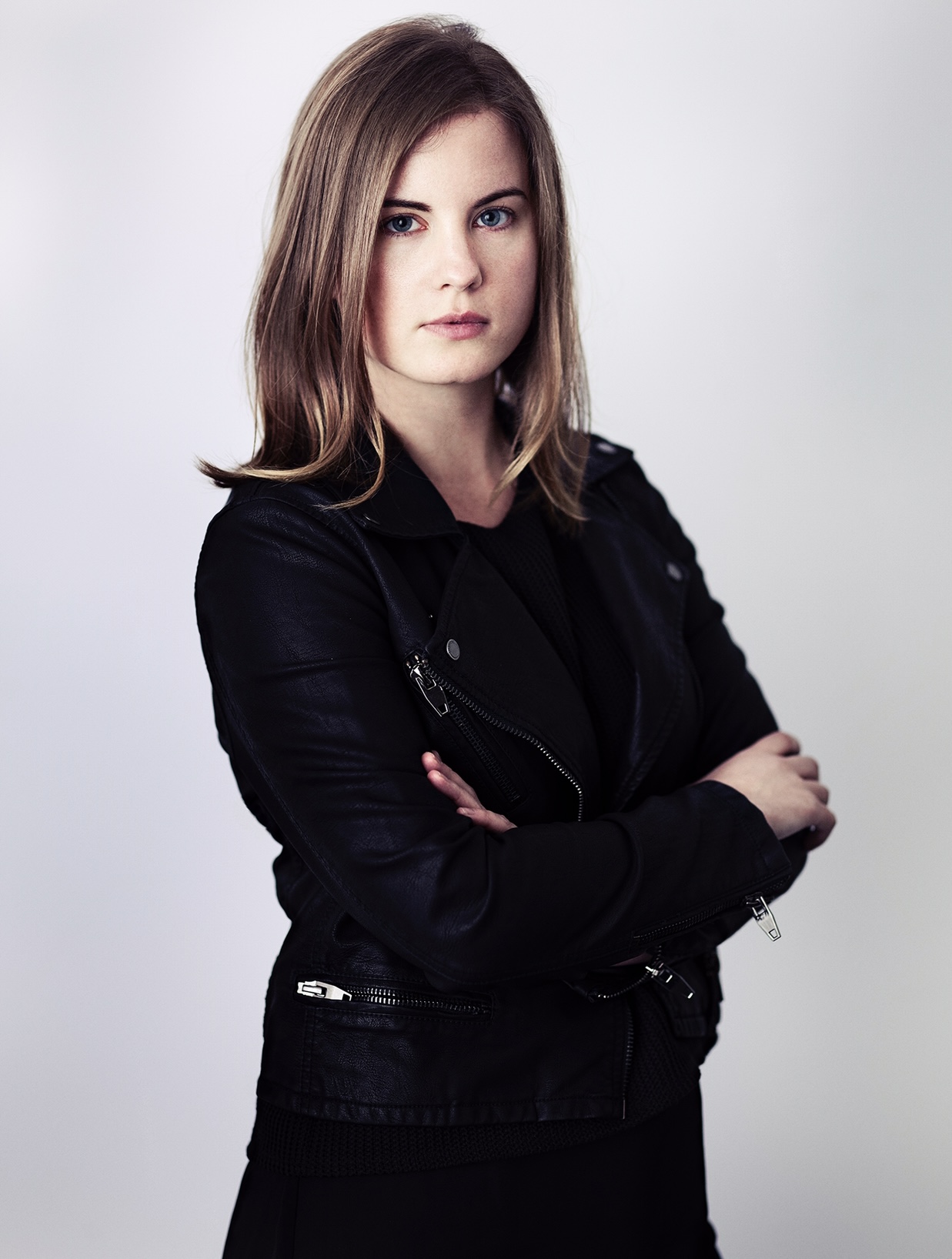 Lindsay Howard is the Head of Community at Foundation. In this role, she has personally overseen over 20 million dollars worth of NFT sales and helped to set record prices for a number of leading creators. A distinguished curator and expert in contemporary art, Lindsay has spent the last decade organizing projects with the New Museum, Museum of the Moving Image, Kickstarter, Eyebeam Art and Technology Center, and Phillips Auction House. She has written and spoken extensively about digital art and new approaches to valuation. In 2021, Fortune recognized her as one of the top 50 influencers in the NFT space. 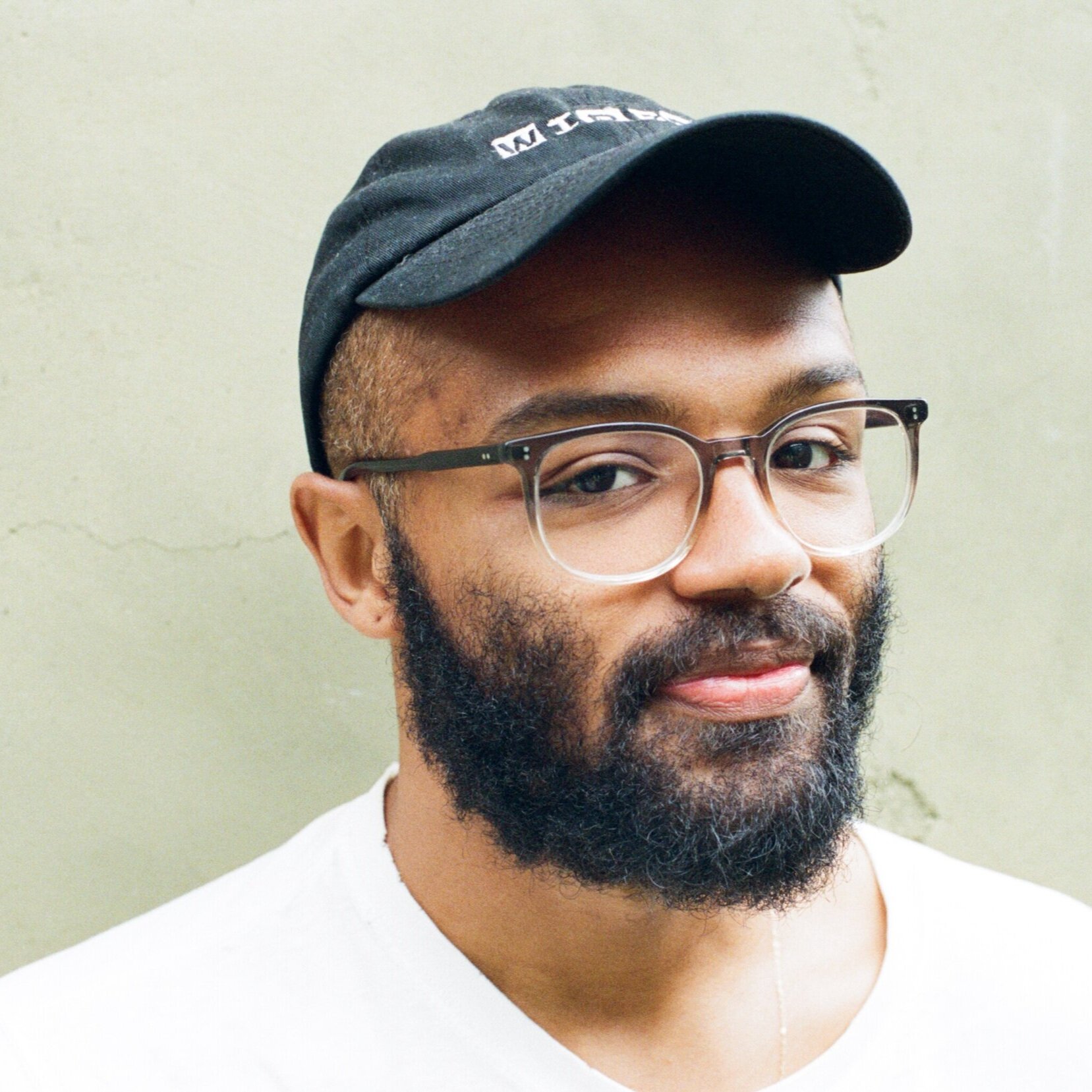 Trevor McFedries is the founder of the technology startup Brud, a next-gen entertainment and technology company that leverages cultural insights, creative minds and boundary-pushing technologies to develop fully-realized virtual characters who tell stories, champion ideas, and connect with their audiences as they entertain and inspire. He is the creator of virtual pop star Miquela or "Lil Miquela," a Gen Z icon with millions of fans around the world. Since its inception in Los Angeles 2017, Brud has raised funds from venture firms Sequoia Capital, Spark Capital and SV Angel amongst others. Previously he was an early employee at Spotify and a recording artist and producer that played festivals like Coachella and Lollapalooza. 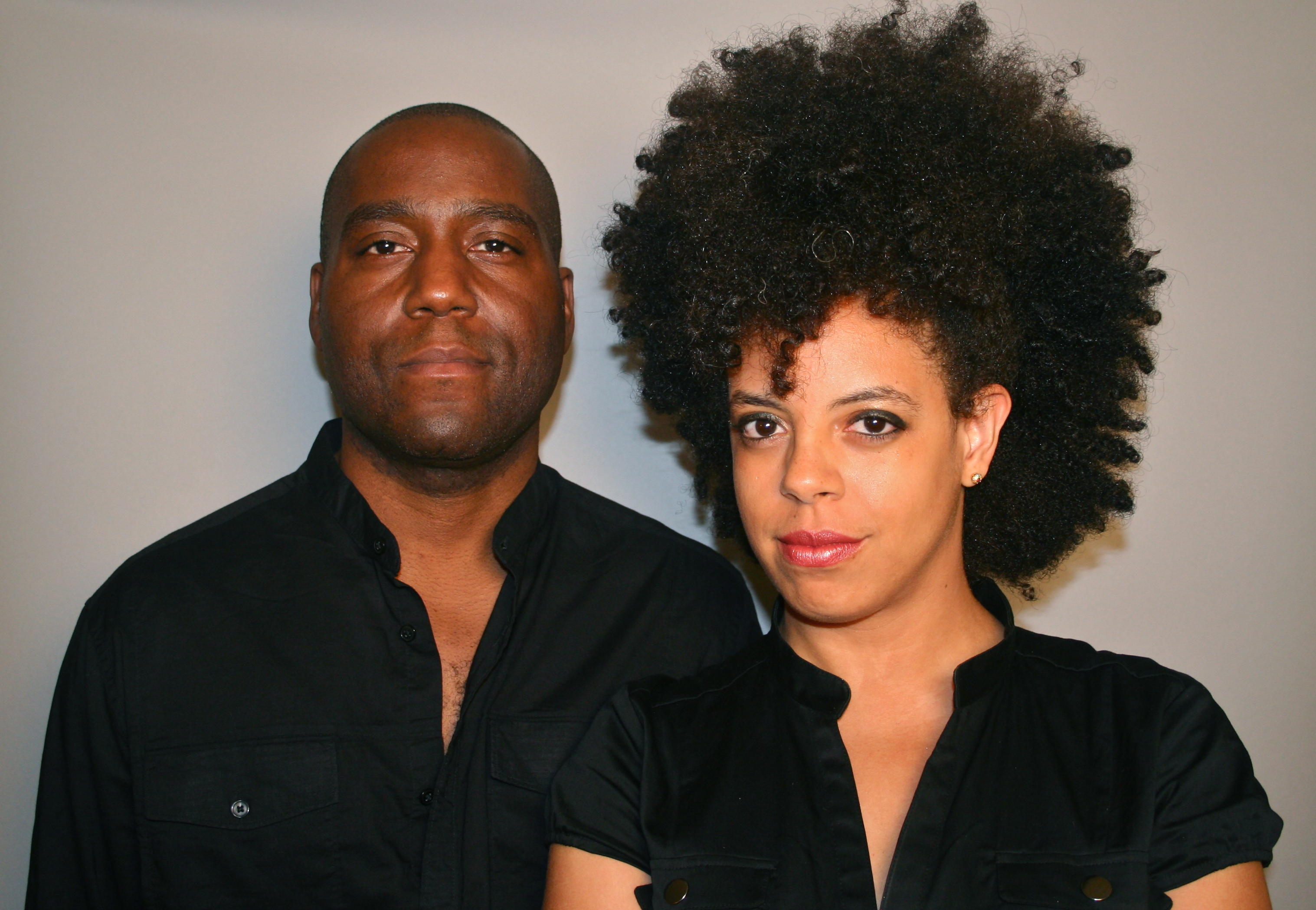 Mendi + Keith Obadike are sound artists and composers who have exhibited and performed at The New Museum, The Studio Museum in Harlem, The Metropolitan Museum of Art, and The Museum of Modern Art. Their projects include a series of large-scale, public sound art works: Blues Speaker (for James Baldwin) at The New School and Free/Phase at the Chicago Cultural Center & Rebuild Foundation, among others. Their honors include a Rockefeller New Media Arts Fellowship, a Louis Comfort Tiffany Award, and a New York Foundation for the Arts Fellowship in Fiction, among others. Their recent projects are Anyanwu, a public sound installation; Book of Light, a sound and light show commissioned by Carnegie Mellon University; Lift, a music/video meditation on the the song known as the Black National Anthem (“Lift Every Voice And Sing”); the overnight musical work, Lull, a sleep temple; and a music/video work entitled, The Sun. Keith received a BA in Art from North Carolina Central University and an MFA in Sound Design from Yale University. He is a professor and Chair of The Department of Communication at William Paterson University. Mendi received a BA in English from Spelman College and a PhD in English from Duke University. She is an associate professor in the Department of Humanities and Media Studies at Pratt Institute.They are currently serving as the David Tudor Composers in Residence at Mills College.