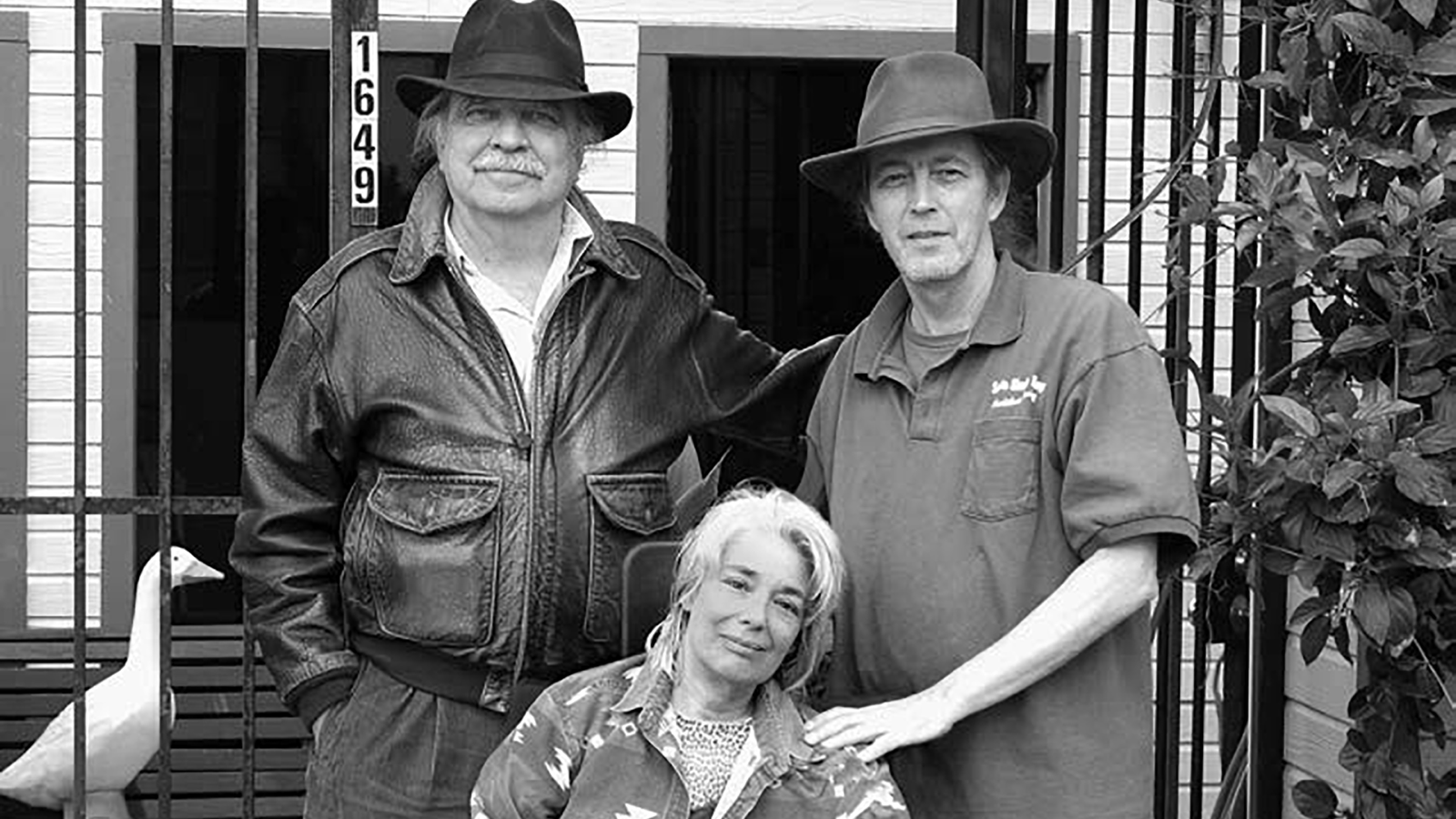 At 4pm EDT on June 15, 2021, Third Space Network will host an online memorial for Gene Youngblood. Please RSVP to attend.

In December 2019, I visited artist Kit Galloway at his home in Pinon Hills, California, where he lived with the archives of his decades-long collaboration with Sherrie Rabinowitz. During the visit, Kit mentioned that since 1987, Gene Youngblood had been working on a book about his collaborative work with Sherrie.

At the time, Gene had turned his attention to another project, and had sent Kit a copy of the magnum opus in progress, its future then uncertain. As a long-time fan of Gene's work, I was, of course, immediately interested. Kit entrusted me with a hard drive containing more than a terabyte of data, a real portal into Gene's writing and research process. The drive contained dozens of interviews, pages and pages of notes, outlines, and writing tasks yet to be accomplished, and multiple revisions of a book. That book turned out to be a page-turning tick-tock about two artists who realized, in significant ways, the kind of utopian vision of media, democracy, and art that Gene had called for in his “Call to Arms” for Radical Software no. 1.

I arranged to visit Gene and his wife Jane in Santa Fe to discuss how we might make this book a reality. At the time, Gene was already struggling with health issues, and he was primarily dedicated to working with Jane on their book about George Kuchar. We shared a chicken dinner and drank red wine, and Gene recorded our conversation so that he could share it with Kit after the fact. After dinner, he showed me some of the work they were doing on Kuchar: a careful analysis of the filmmaker’s surprisingly sophisticated cinematic language, and it was great. He and Jane showed real interest in our work at Rhizome. I felt like I was in the presence of a legend. 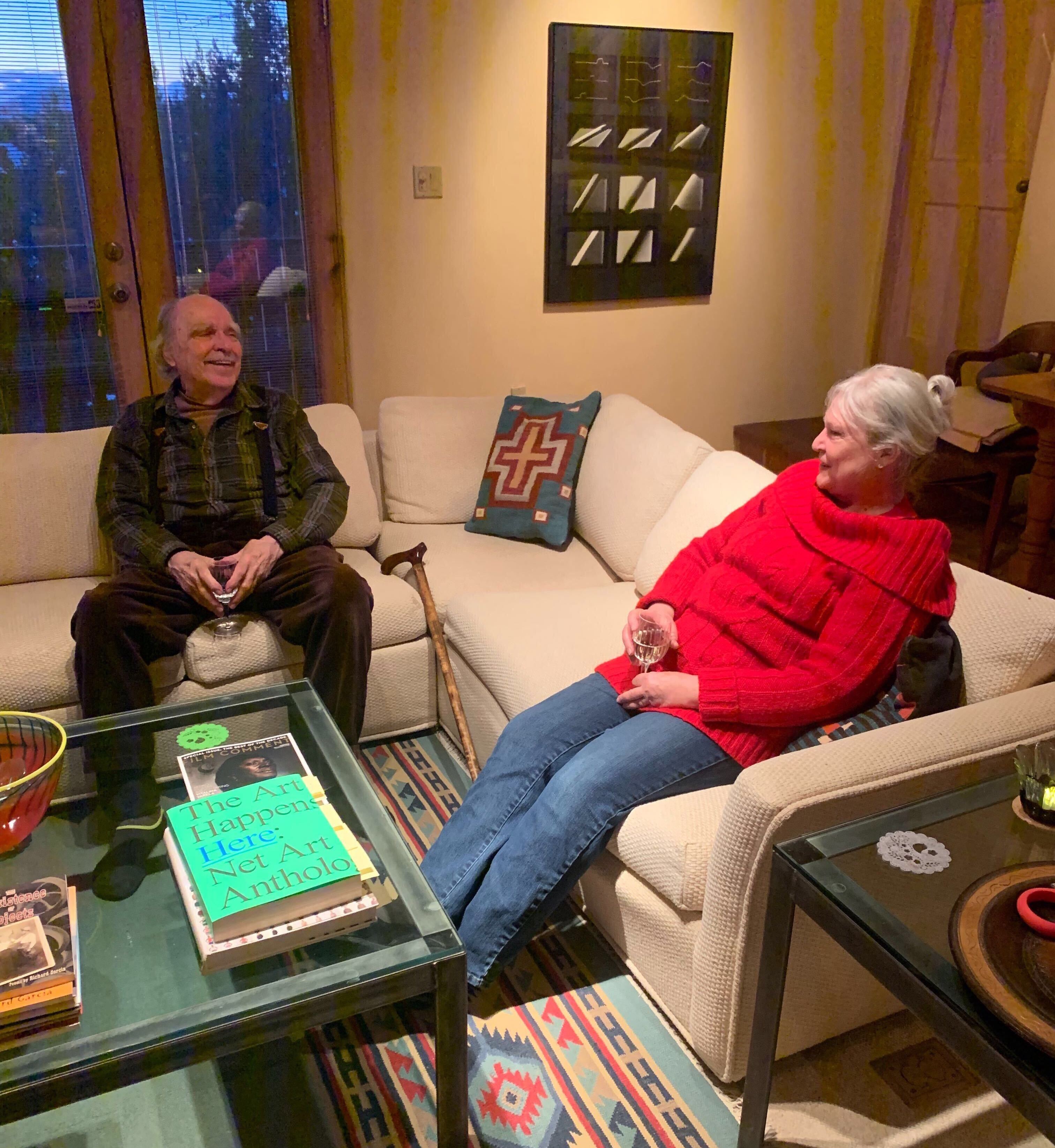 It wasn't immediately clear that Gene wanted me to proceed with editing the book. He felt a bit guilty that he hadn't finished it sooner. He knew that no one would be able to finish it as well as he could, but he felt that he didn't have the capacity. And he showed some skepticism as to whether I really had the capacity to take it on. I failed to be dissuaded.

Here, I wanted to share a brief passage from Gene’s writing about the book:

When I first started out on this, I was actually sharing a house with Kit and Sherrie in Santa Monica. The process was me listening to them, writing it down, and they were my only source of knowledge about the subject. I was not only writing a first biography, but there was almost no critical literature about their work, and what did exist was pretty lame. They were going to write a book themselves. I was working on my own, about media democracy and media politics. It occurred to me that a combination of the two would be potent.…

I didn’t think of it as a biography, which it was, so it didn’t occur to me that I was writing a “life” that was ongoing. I would not have done it had I known it would take twenty years, so I’m grateful for my naiveté. It turned out to be an incredibly dramatic story that reads like a novel. It fills in a certain history of a certain kind of art that is not documented in the literature.

Around 1995, I’d been working on this constantly, never stopping for many years and suddenly here comes the web and I thought, "oh my god this is disaster, everything is over." A book about the future was all of a sudden about the past. It was obsolete. I also couldn’t find a publisher. An editor at MIT Press said, ‘why should we publish a book about people no one ever heard of?’

I got clinically depressed. I couldn’t work on the book anymore.  I couldn’t even bring myself to enter the room without bursting into tears. So I put it aside for five years. Then  in 2000 when the internet started getting a little more interesting I realized I was wrong, this was still a book about the future. Not only did the internet not render them obsolete, the more powerful it became, the more visionary Kit and Sherrie looked. And so in 2000 I resumed working on it again.

For a long time I have devoted my energies entirely to the media democracy movement in the U.S. This is a radical political endeavor that has little to do with art, at least not directly.

Expanded Cinema was published in 1970; so was the attached call to arms, which I wrote for Radical Software that year. In the decades since, I have followed the path indicated by that statement, and Expanded Cinema has receded to a distant horizon. There is continued interest in the book because it anticipated artistic and cultural developments that have come to pass; in the same way, my call to arms around media politics anticipated the most important political issue in America (and the world) today. It is vastly more relevant now than it was then, and immeasurably more important for the future of democracy (and of planetary survival), than the idea of expanded cinema, no matter how compelling that notion may be in the world of media arts.

I heard that Gene passed away only a day or so after I received word that the Carl & Marilynn Thoma Art Foundation had awarded Rhizome a grant to finish and publish Emotional Bandwidth. Next year, the manuscript will have been in progress for 25 years, an auspicious gestation period for a book.

I’d been looking forward to collaborating with him, which makes just one more reason to mourn a man whose work inspired so many. And yet I can’t help but feel that it is entirely appropriate that Gene would leave behind so much unfinished work. An unfinished manuscript, no matter how daunting, is actually the easy part. His vision for a mass secession from the broadcast, for a more egalitarian media culture and society—that’s the real unfinished business of Gene’s life, and his important legacy.