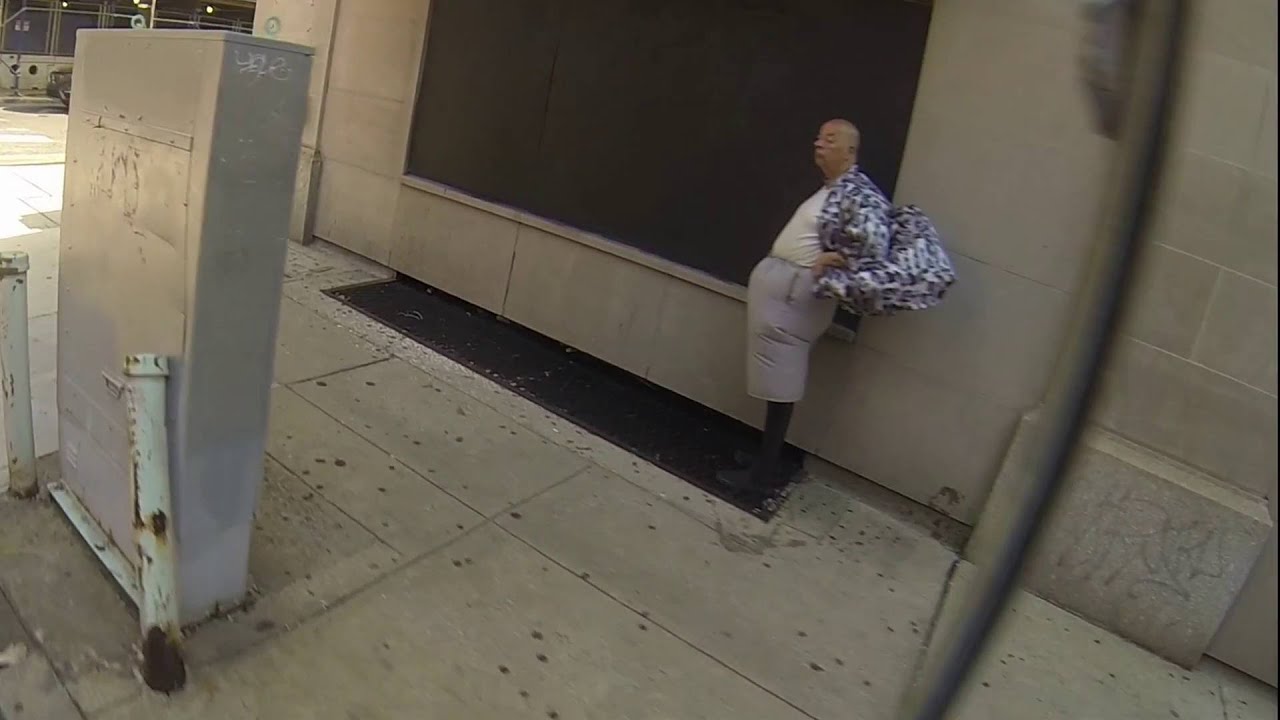 In The Decade in Internet, artists and writers reflect on their favorite moments from the 2010s. Previously, artist Devin Kenny unpacked the influence of some of the internet's landmark figures, moments, and phenomena. Below, writer Rahel Aima reflects on the decade's various powerful energies.

This list is primarily an aspirational list of qualities I would like to have: the hard-boiled mercilessness of Martha, the steez of Vent Man and the dancing pokemon, the unshakeable confidence of the yellow sweatered interrupter, the twinned pettiness and loving warmth of Mudasir and Asif’s frenemyship, and so on.

I don’t even understand last year’s furor over a beardy orange hockey mascot when the most illustrious Philly resident is clearly Vent Man. Even before I moved to this country I was fascinated by the uniquely American quality of being ~casual~ . Ventman epitomizes this with a side order of majesty. The dedication, the sartorial panache, the expression on his face, and above all the unstudied insouciance of his wrists-curled, slightly leaned back pose. Reddit reports suggest he's been doing this since at least the 1980s and can even be found on Google Maps.

I like the round boys–literally all of them in any shape or form or species, but especially hefty cats like this tuxedo struggling to get through a cat flap. He maintains his composure impeccably despite his struggle, whereas I tend, at the slightest hint of adversity to turn to this also very good baby raccoon instead.

Once alive Now a centerpiece

It’s hard to pick a favourite Martha Stewart thing but the time she took her Westminster Dog Show champion dog Genghis Khan to chow down at the Plaza is definitely up there. His predecessor was also called Genghis Khan—it is unclear just how many Genghis Khans there have been; I like to imagine a ruthless doggy SWF situation—who tragically died in a kennel accident. Also extremely noteworthy is her 2015 radically oulipian “K”  (Kafkaesque!!! Blink if you need help Martha), which remains the single most devastating tweet on that accursed website.  But it’s another work of experimental poetry that takes the ribbon, not in the least because none other than Ivanka Trump would pay homage to it in 2017 with a giant stuffed clam.

This is the best piece of post-internet art made in the last decade bar none. Name a more iconic duo.. I’ll wait. 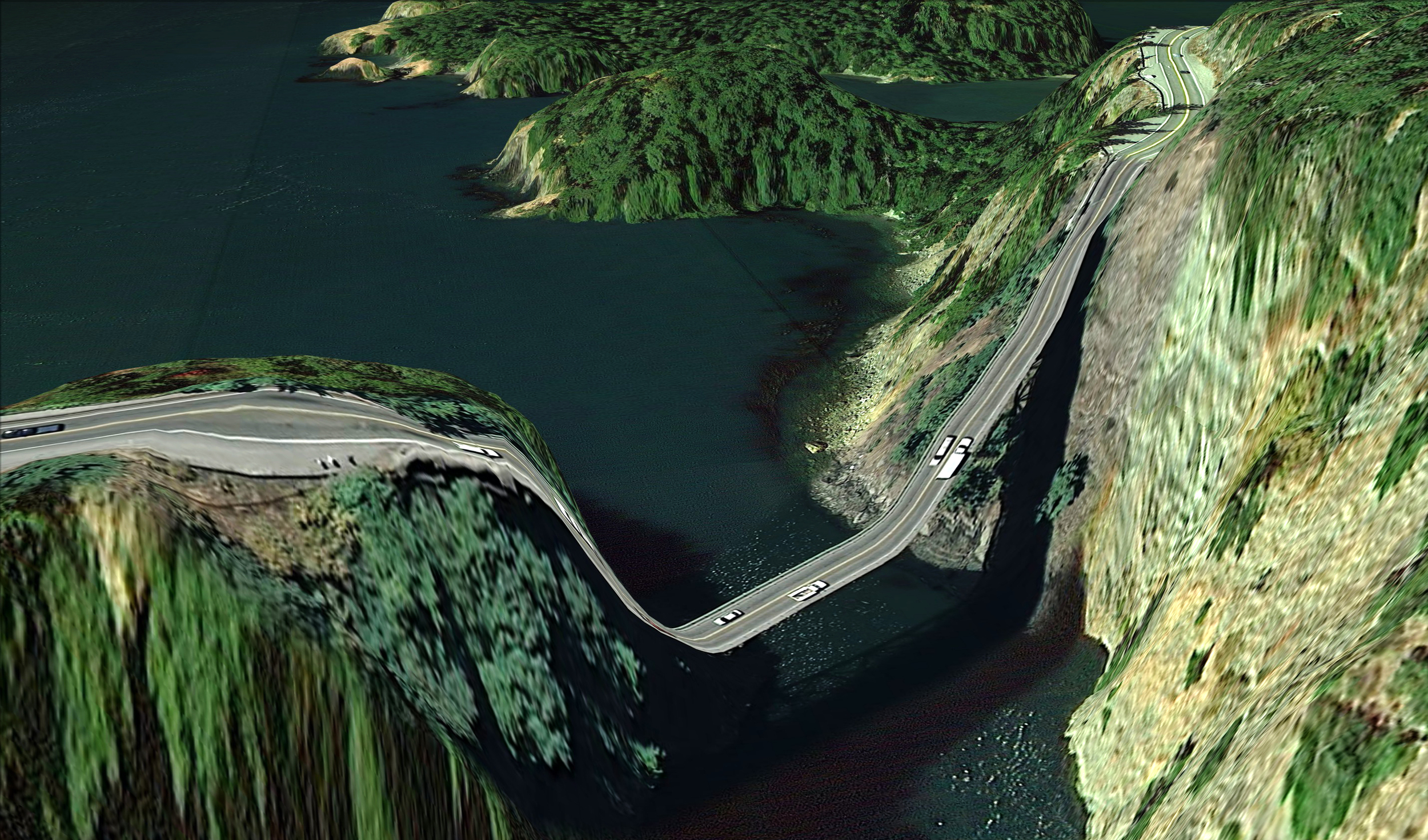 Do you remember the New Aesthetic? No, me neither, but it it did prefigure so much of the computer vision, datamining and militarized surveillance that characterises living with technology today. (Once an algorithm Now a footnote in Amazon’s vast infrastructure of labour exploitation). “Eruptions of the digital into the physical” is a line I particularly remember, making me long for deliverance or a time when there was a comfortable sentiment of there being any difference between the two.

Sometimes, when I’m particularly feeling myself, I find myself strutting, arms swinging jauntily, like the yellow-sweatered kid who interrupted her father’s BBC talking head commentary dispatch. Imagine having such swagger, such confidence! But really, I’m everyone in that video: the younger child nonchalantly rolling in, the panicked mother sprinting in to try to get them out, the embarassed and resigned father. In my head this has the same energy as this video of Smash Mouth’s All Star performed by Windows XP artefacts, mostly dialog boxes but with a strong Clippy (RIP) showing.

I think it would be nice to have a nemesis-ship that unfolds over a decade or a few in epistolary form, like some cranky literary critic in the 1980s with a magazine job and health insurance. Alas the nemeses we believe we deserve are not the nemeses we actually have. And perhaps those days are gone, but I think it would still be terribly elegant to conduct your feuds pictorially, like Mudasir and Asif (I have a theory that the rise of inset photos and digital mise-en-abyme is nostalgia for the age of iframes), with chromakey green crosses and gradient-texted barbs.

This was the decade of fake news and also, more crucially, of deepfakes, whose effects on video art and the assumed legitimacy of documentary modes remain to be seen. And also a wave of shanzhai fetishism and the aestheticizations that congealed into Sinofuturism, for that matter which did have the positive effect of producing this, the only good Prince song. Among the best of fakes, however was the revelation that an enterprising Kuwaiti fishmonger had been sticking googly eyes on fish that weren’t looking their best in order to make them appear fresher. But there were plenty of excellent fish too. I feel like I associate the 2000s with fish tanks (when your local restaurant or hotel lobby decided to become Fancy) but it was this decade I really started paying attention to fish. Like Mr. Hot Wing, the goldfish who got teeny fishy braces; or learning that some extra-affectionate fish splash their fins for attention and like to get cuddles and scratches from their owners. Or dramatically bagelheaded (side note: Did saline injections fall out of favour after the early 2010s, at least for foreheads?) flowerhorn fish, semi-scaled transparent fish, and fish with clear blood. Fish are pretty wild. I should probably get a fish.

Vine only lasted about four years but it changed the culture forever. This wasn’t the most popular vine on there; I suspect it was barely a blip on most people’s radars. But have you ever seen something so lovely, so intimate, so tender? The way it’s filmed from below, at a slightly sad yet respectful distance like Guy Fieri looking through the plate glass into one of his own restaurants? It feels like the shy, mild voyeurism that I suspect still characterises the way many of us interface with the internet, or at least late night Reddit. And—what’s more romantic than fast food?

Wouldn't it be nice bird

Another example of feeling jaunty and also fine featheredly yellow! Maybe I should sport a yellow jacket too, in a non gilets jaunes way. (I’m an Autumn like all nonwhite people, in case anyone was wondering—yellows apparently vibe well with my colour season.). The latter half of this decade–, the only half I really remember things from because Twitter has obliterated any residual braincells I have left–, was admittedly a trashfire. Or maybe something more analogous to the gender reveal parties that sparked mass wildfires, caused planes to crash, and killed multiple attendees. ICE is running concentration camps at the border and everyone’s working together very diligently to ensure that we abolish polar ice and the rising seas are going to come for us all anyway but until then, there’s this extremely wholesome, extremely happy parrot.

Rahel Aima is a freelance writer and editor from Dubai who is currently based in Brooklyn. She writes about art, tech, and politics, and is a special projects editor at The New Inquiry, a correspondent at Art Review Asia and a contributing editor at Momus.