The Future is Not What it Used to Be
K-HOLE read the signs, but no one listened
By Huw Lemmey 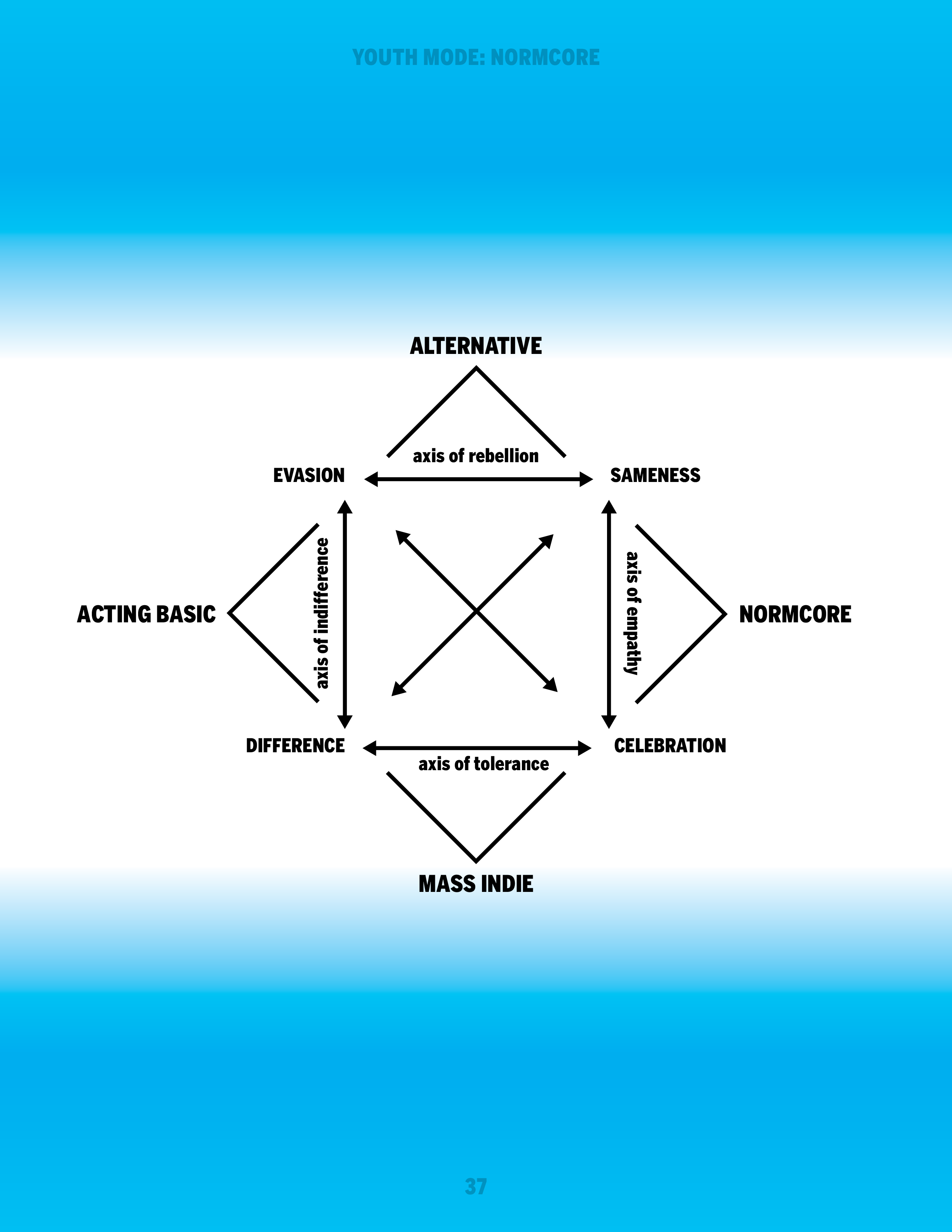 This article accompanies the inclusion of K-HOLE and Box 1824’s Youth Mode: A Report on Freedom (2013) in the online exhibition Net Art Anthology.

Living in times of social change and political upheaval, and beset by terrible and terrifying anxieties, the people of Ancient Rome—both the Patricians and the Plebeians, the aristocrats and the ordinary citizens—would lift their heads to the sky in hope of clarity and reassurance. Watching the birds, observing how they turned and swooped in the sky, the small group of “Augurs” would read into their movements and song the will of the Gods, and their feelings towards recent political decisions, votes, or military actions. Contrary to popular belief, the Augurate were not prophetic; through the divination of signs that indicated the will of the Gods, the population would be soothed in their worries.

Their presence suggests a universal human response to anxiety and change; what is important is not knowing the future, but interpreting the signs of the present. The same urge motivates many today, not least as economic and political upheaval shifts much of the west into novel forms of instability, and we fill our culture with attempts to read the birds. We look for patterns in human history, to see where we go next. We relentlessly analyze political polls, despite past experiences. We write science fiction, to understand the way our world works by contrasting it with other possible, and impossible, worlds. And we consult trend forecasts.

K-HOLE, the trend-forecasting collective who released five trend reports between 2010 and 2015, have always acknowledged the inability of the format to actually predict trends. Instead, their reports map out possible approaches to understanding the cultural chaos of the past decade. Where the regular trend forecast is usually an internal document, commissioned from branding agencies by firms that hoped to better understand the future demands and desires of their potential markets, K-HOLE produces a public form of consumer fiction. By utilizing the language and visual lexicon of the trend forecast, the group has turned it in on itself, critically examining not just the propensity of consumer capitalism towards constant obsolescence and reinvention, but also its complex, knotty relationship with the affects and emotional landscapes it both produces and feeds off. Rather than just analysing the content of trends, they begin to explore what this culture actually does to its producers, users and consumers. In doing so, what they produce isn’t the blunt tool of a political analysis that directly condemns that relationship between the consumer and the brand: it’s instead a response that acknowledges complicity, turns tools into critiques of themselves, allows itself the nuance of doubt, but also, fatally, opens itself up for recuperation by the targets of its critique.

From the very beginning of their practice it was clear that the nature of the experience of life under whatever-period capitalism was what at stake here. “K-HOLE believes that the hazy activity of aimless mall-walkers once known as shopping is over,” they announced in K-HOLE #1: FRAGMORETATION, which laid out a roadmap for clumsy luxury brands that “erect a megastore and think you’ve given your customers a shopping experience.” In it, the group advocate a move towards a sort of corporate and fashion diversification, pointing towards the idea that the first commandment of branding since the 1960s—the importance of a singular brand identity—was nearing the end of its natural life. In the report we see the first iterations of what would later become the centre of K-HOLE’s strategy: synthesising both ideas and new technology to create novel combinations that suggest either a breaking apart of old ways that consumers live, or the creation of new ways of living under capitalism, and the concomitant new mental states that might come with that. The clearest example of that was their examination of how the digital wallet Venmo was about to change our lives—a seemingly innocent way of paying back small amounts had the potential to totally destabilize all sorts of interpersonal dynamics, including the venerable history of the charming poor establishing a foothold in the creative industries through the noblesse oblige of the well-off friend paying for their dinner and not bothering to split the tab. How was Venmo going to revolutionise casual gay sexwork, or how we buy street drugs? It’s a sign of how naïve we were even then that K-HOLE wasn’t sure if it’d take off as a product, as “it’s a bit too earnest, too comfortable, as if a young consumer wants to bookkeep her personal life,” fatally underestimating the neurotic casual penny-pinching of the wealthy.

It was this analysis of how technology and branding was changing the future which became the driving energy behind the rest of the K-HOLE reports. In K-HOLE #2 the group focused on one of the defining habits of the millennial—procrastination. Procrastination, a frustrating habit of self-destruction combined with self-policing that has been massively exacerbated by a new ideology of work that increasingly makes the worker her own boss, and thus working discipline not a struggle between worker and manager but between worker and self, has birthed numerous technologies that feed off that anxiety. While K-HOLE #2 profiles two such products (Piracetam, an Alzheimer’s drug that is claimed to improve concentration and memory recall, and Jawbone Up, a fitness tracker that monitors sleep rate and diet, and quietly but determinedly pesters you into compliance), they exist within a wider analogy that suggests to brands to prioritise long-term customer engagement over quick, transient sales. Better to procrastinate, capitalism: it’s a state of being that completely consumers the consumer.

Anxiety, the affect sine qua non of the millennial condition, returned for their third edition, K-HOLE #3: Brand Anxiety Matrix, which posited four points of a matrix of modern consumer neurotics. Their case studies draw the anxiety directly back to the abject person, the person consumption desires to cover. Body odor, birth control technology, or a tiny, smartphone-compatible environmental sensor that monitors radioactivity, humidity or nitrates in food: the corporeal becomes a battleground between desire and fear, between chaos and order.

However, it was the fourth iteration of K-HOLE’s attempt to use the future to explain our present that was its most influential, synthesising the previous reports and demonstrating how a critique that wears the fashion of its subject can get pulled into the unstoppable cycle of reality production. Youth Mode attempted to address the libidinal urge that has underpinned capitalist popular culture since the post-war rebellions of the 1950s—that youth, freedom, and individuality are three sides of the same coin. “Youth isn’t freedom in any political sense,” it began, “It’s the fullness of potential, the ability to be the person you want to be.” Its matrix laid out three fundamental new types of person (read: consumer) that stood in contrast to being “Alternative”: “Mass Indie,” “Acting Basic,” and “Normcore.”

Like #3, Youth Mode recognised that, with the explosion of new forms of self-representation enabled by popular culture, anxiety over how one presented had exploded as part of the condition of youth, and the post-war model of culture and subculture could no longer stand as a model for understanding consumer life. The way of living that had structured #2—the constant awareness of the self as not only a consumer but a product itself—was part of a new world that had also rejected the idea of constant reinvention being the driving motor behind pop culture consumption, the very basis of the idea of being “Alternative.” While Mass Indie required making so many minor nudges to individualise your consumer personality you become another clone, and Acting Basic denied the reality that removing oneself from making decisions on identity doesn’t remove one’s identity, Normcore provides a solution to the challenge of the dissolving identity. 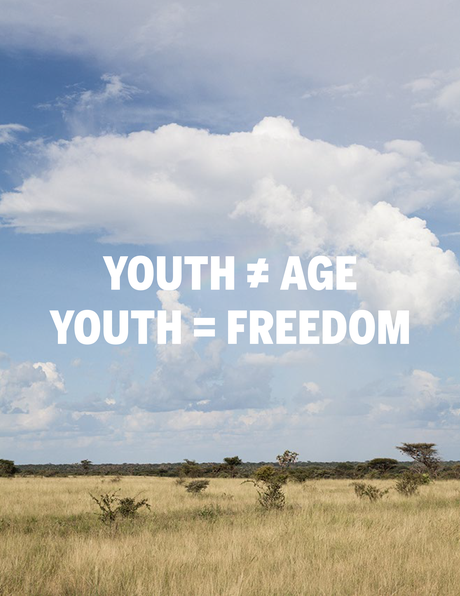 Normcore suggested an identity that is reflexive to its social context, and that choosing conflicting subject positions is not the same as being a hypocrite. “Consumption has never been a chance for absolute self-actualization,” it states, a fundamental rupture with the ideology of shopping. In being a contingent identity and not a unique creative, it realises that being “nothing special” is the key to escaping the omnipresent anxiety of self-presentation and representation that K-HOLE laid out and wrestled with in its early reports.

Shortly after Youth Mode was released, the term Normcore slipped its leash and exploded into the mainstream as a descriptor of a decidedly Mass Indie adoption of Acting Basic, with The Cut using it to describe the trend towards basic, unisex fashions. While K-HOLE can’t be held responsible for the term’s later abuse, it does demonstrate another trend, as old as post-war consumer boom itself, towards capitalism’s ability to constantly recuperate criticism into itself. K-HOLE’s reports help elucidate aspects of a contemporary neoliberal subjectivity where trends shift so fast old models of subculture can no longer meaningfully apply to them; instead, the affective conditions they arise from, and produce, is critiqued in commercial forms that otherwise fail to illuminate. Rather than trends being about what products we like, K-HOLE shows them as how we like—as ways of being. It is telling, then, that the subject of K-HOLE #5 was “doubt”. With the tagline “Seeing the future ≠ changing the future”—a wry nod to their own impotence over the idea of Normcore—the group used the language of the ongoing magical renaissance to ask whether brands use magic, and, more importantly, do K-HOLE use magic?

Looking back over the out-of-control successes of the previous four iterations, #5 acknowledged that, whether it’s branding, forecasting or divination, it is in the exchange of shared belief that a collective can find meaning—trumping any truth-claim by the creative force. K-HOLE’s ability to “see the future” through forecasting meant little in comparison to the way their ideas were consumed by the plebeians, whose shared interpretation of the signs was so powerful as to trump any guidance offered by the augurs, leaving the artists wracked with doubt, unsure of the purpose or future direction of the project.