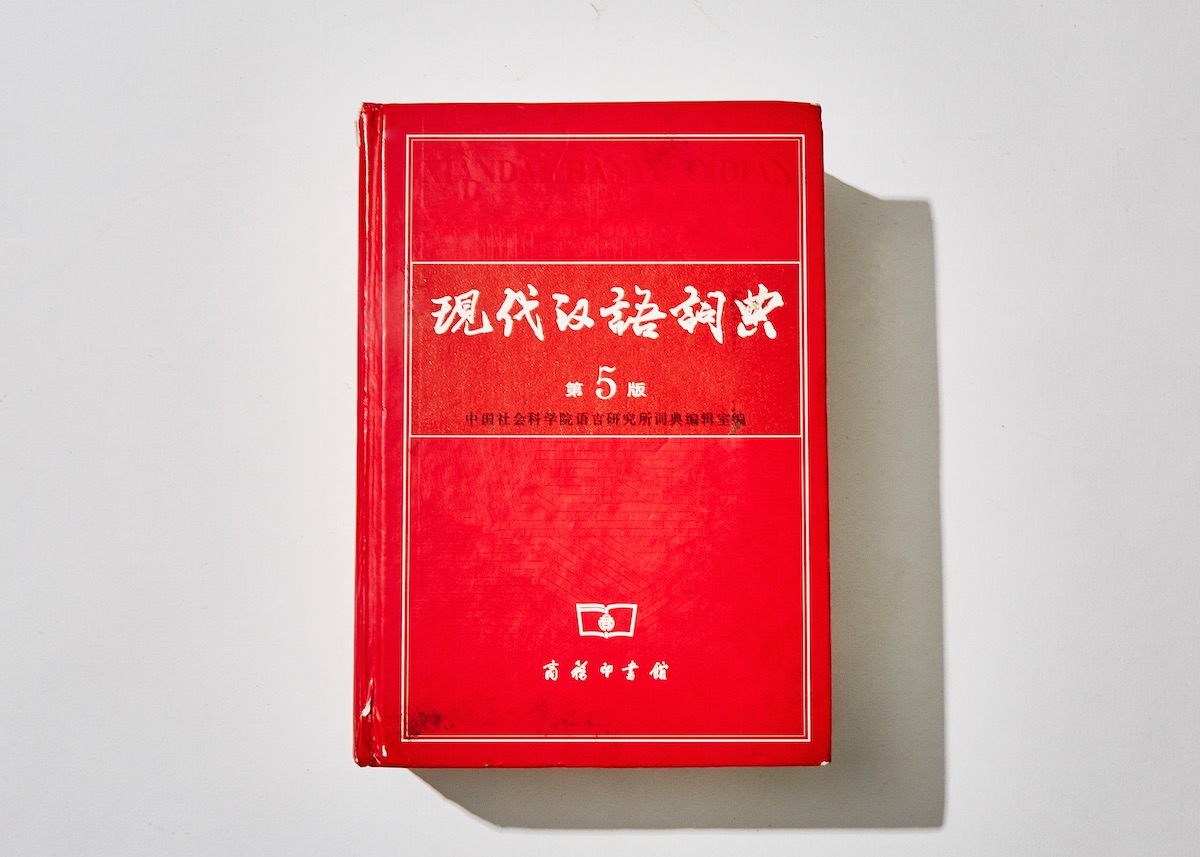 Lola Martinez: Blind Spot is one of your earlier works about internet culture in China. Could you explain what it is?

Miao Ying: For the Blind Spot, I inputted every word, from A to Z, in the standard Chinese dictionary into google.cn, which is Google China. Over the course of three months, I spent ten hours a day searching a whole vocabulary of about 65,000 words to see which ones would be censored. When I came across a censored word I would erase if from the dictionary, only leaving its definition visible. So when reading the book, you cannot see the actual blacklisted term, but you can infer which one it is from the meaning. In my search, I came across 2,000 censored words.

What's interesting to me is that there are words that we know would definitely be censored, like something related to politics, but there are many that are blocked yet there’s no clear logic as to why. For instance, there is a term for a sticky rice dessert (Ba Bao Fan), which has nothing to do with the political at all, and was censored. During my search, it felt intriguing to know what was censored by the Chinese government because they never tell you where the boundary lies. Instead, the Chinese internet operates in a gray area. I had to test or search in order to know exactly which word fell into the category of censorship. 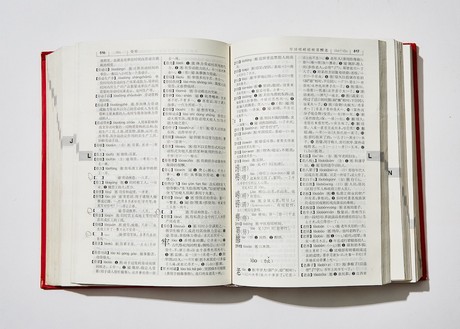 LM: What led you to take on such an extensive search?

MY: When I was a student, I read an article about censorship on google.cn, which stated that no one would have the time nor means to find out what was the criteria for the list of censored words—that it would be an impossible task to uncover what was on the list, and why.

Initially, my curiosity was a driving force which motivated me throughout this project. As this was the first piece that I made about censorship and the internet, this project was about finding out what exactly was restricted in order to make others aware. People in China don’t realize what censorship is—to them it’s just a note on the bottom of the page.

LM: How are you able to tell if your search is blocked?

MY: Originally in China, when you first searched for sensitive terms or subjects on google.cn, your internet service would be blocked for 10 minutes. Later (Google left China in 2010), instead of blocking your service, a sentence on the bottom of the webpage appears stating “according to the local laws, some of the results are not showing.” This phrase let you know if what you are searching is considered censored on google.cn.

LM: I’m curious about the history of internet usage and censorship in China and how it has emerged and developed. What is the context from which the book emerged from? What is it like today?

MY: Over time the internet environment in China has changed. 2007 saw the beginning of social media. At the time it wasn’t popular yet, but most Western platforms were made accessible in China. There was Facebook, Google, and Twitter so many people start using them. By 2010 though, most of these platforms were blocked and became inaccessible.

Then there’s the Great Firewall, which as an organization is really a mystery. No one knows where it is or who works for it, but as a whole, the Great Firewall controls and limits every people’s internet life.

I believe soon there will be a new method of censorship. By 2020, they will be implementing a Social credit system (Citizen Scores) which monitors what you do online. The behavior of every single citizen and legal person (which includes every company or other entity) in China will be rated and ranked, whether they like it or not. Who are you friends with, what did you say online, will impact your credit and can cause consequence such as slower internet speed.

So although all my work is not only about the Chinese internet, it’s still a main part of it, and I let it consume my work because there is such unique and rich material out there when talking about this subject. With all of these social media platforms developing really fast, and new apps coming out, everybody is using it on the streets. Even old people—they’re scanning barcodes.

LM: Have these shifts in internet usage or accessibility affected your views on censorship? And thinking of these modes of surveillance, did you experience any pressure or tension while conducting your search? Did you feel like you were being monitored while making the work?

MY: These turning points caused my work shifted, as now I am more interested in ideas of self-censorship and how that eliminates or triggers people’s creativity. When you are controlled by this large force for such a long time, you start to develop a bond with those who hold this power. When I made the work, it came with the idea that I could make people more aware, thus causing a change within the system. Over time though, I think I was the one who was changed. My thinking shifted to understand that this overpowering environment is shaping everyone who is using it. My personal relationship to censorship as an artist became more like a sick relationship, almost like a bad boyfriend, a Stockholm Syndrome.

During the time I made the work, they discontinued blocking internet service for short periods of time, but because I was searching so heavily for words that were sensitive, they actually blocked my service for 20 minutes. I was worried when that happened, but no came knocking on my door, so I guess it was some type of warning. I remember the first time when my service was blocked it felt very offensive. That’s why I wanted to make a physical object because It’s not completely offline, but it’s online within limits. 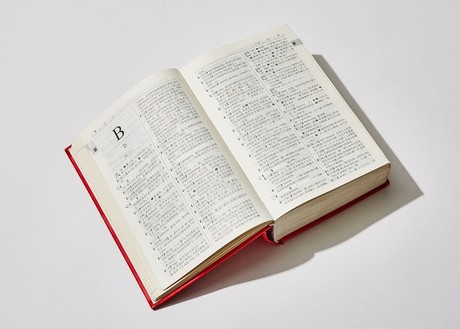 LM: Have you seen examples of users trying to combat these methods of censorship or access? Or are they generally more complacent to these boundaries?

MY: I don’t think people are bothered by it much. The thing about censorship is that it’s so powerful, that trying to go against creates a great inconvenience. People are definitely aware, but they are complacent because they are so used to it. Most will make fun or mock the situation, but will not do anything about. In the end, you are just like “I’m dominated by it, fine, there’s nothing one can do.”

LM: It’s interesting how you mention that people are very complacent or inactive when it comes to dealing with the constraints of censorship. You on the other hand, went ahead and took on this really intense process, not to circumvent censorship, but to investigate it in a way.

MY: When viewing the work, people aren’t aware of which words. The 2,000 words are never revealed to anyone because it doesn’t matter what is or isn’t censored. The list changes all the time and from the months I spend conducting this project, from the first to the last day, I’m sure the list has been changed or edited. It wasn’t a list to find out why this word is censored, because there is no logic in it.

So unfortunately you cannot really sync the list, but while I was physically searching, those moments were more about pushing myself and the limits of a human being being pushed to those of almost a machine. I started to create bugs—I kept thinking, “Did I check this? Did I miss one word?” At the end of everyday I would go back and forth double checking my results and I felt like a PC that needed to be restarted. This performance of spending time going through each search is a metaphor for the dictionary in and of itself. I think the art is uncomfortable because when you read the book, you don’t see the meaning and all the labor behind it. It’s addressing how censorship is—not why it should or should not be there, but stating that it is there.

LM: It’s interesting to hear of all these different layers of the work emerging—from the dictionary as an object and as a performative gesture. You brought up a tension between man and machine which subtly goes into ideas of labor, as you make a process which can be automated into an intensely tedious gesture. Have you ever considered re-performing this work?

MY: I have thought about it, but since Google left China and only operates in Hong Kong it is no longer the same thing now. Since cannot access Google from Mainland China because it is blocked, the only alternative is Baidu.

It’s not even about censorship at this point. There was a college student, who had a disease so he went to research on Baidu, but he ended up dying. He searched for nearby hospitals, and decides to go to the one ranked first. The issue is that Baidu does not differentiate between what is an advertisement and what is the real result. There is no way for you to tell which is which. They end up putting advertisements first, and it is a huge problem because for many because Baidu is the only search engine they have. For the younger generation who has not experienced Google, they might think that Google copied Baidu, instead of the other way around. Their generation grew up with pure state-run social platforms, so it is their only reality.