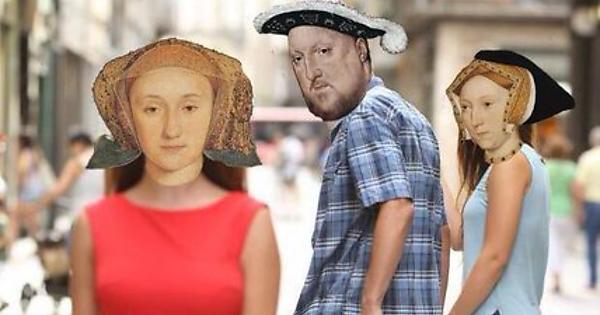 Rhizome asked writers and artists to help us count down the final hours of the year by sharing internet things to remember from 2017, because those who cannot learn from history are doomed to repeat it. 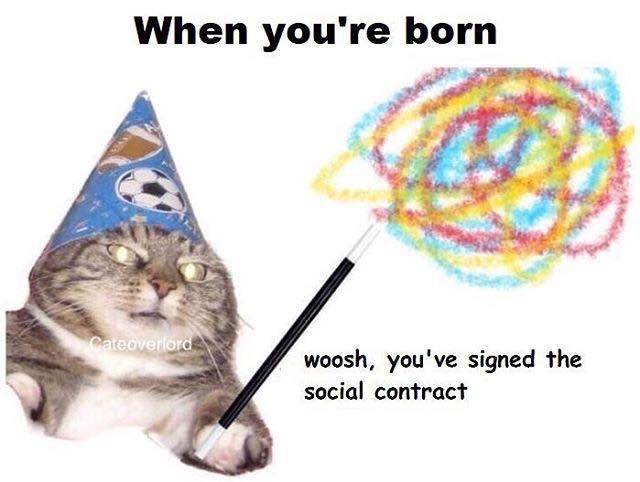 To begin, here’s a nice, pared-down Libertarian bricolage calling into question the foundations of society. 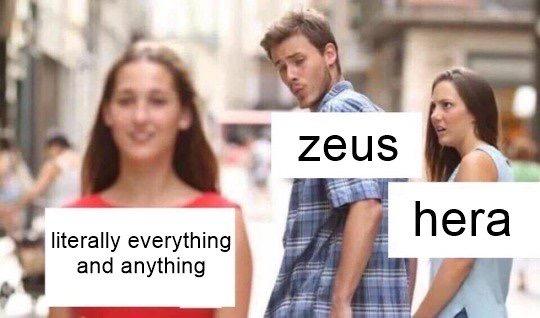 2017 was a year in which male sleaziness was acknowledged, and punished, as never before, and this change in the popular mood seemed to have been foreshadowed by the most prevalent meme of the year, the “Distracted Boyfriend”.

I particularly liked the Greek mythological version above, and also the Henry VIII variations. 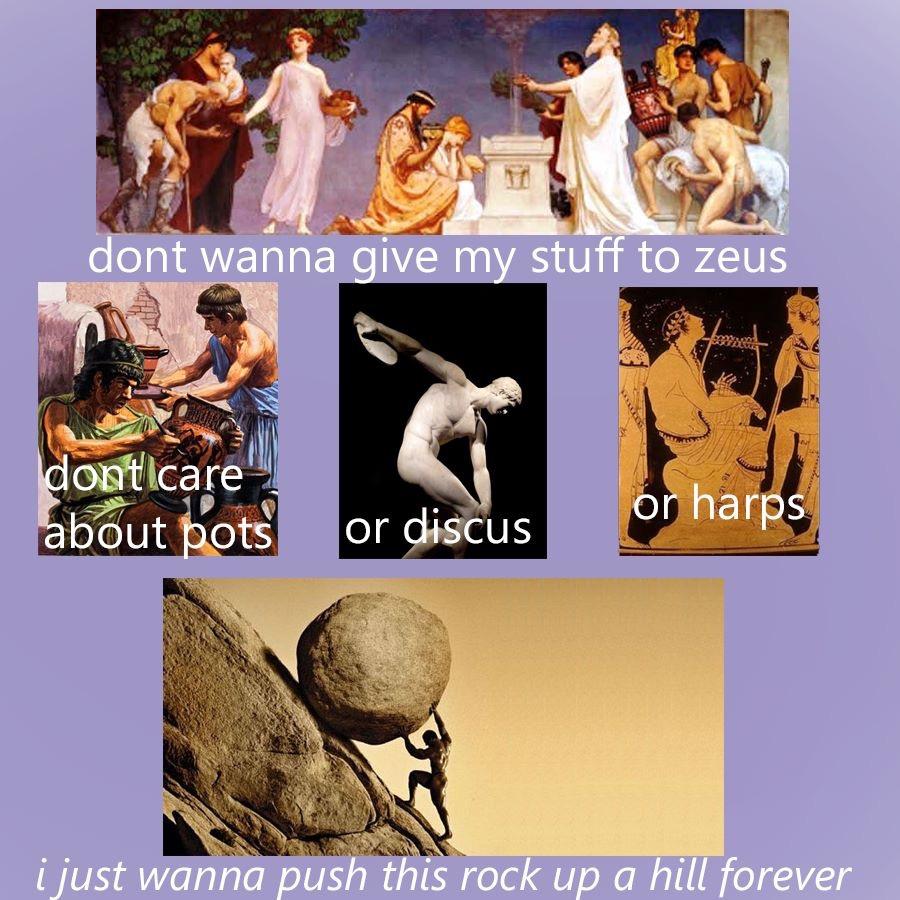 As we’re returning to more irrational, pre-Enlightenment ways of thinking, Greek mythological memes have been in the ascendancy. Sisyphus, for instance, has become something of a hero in recent meme culture, which is often characterized by a sense of hopelessness and futility.

The last panel was already a popular meme, but has now been placed into a larger, more epic narrative. 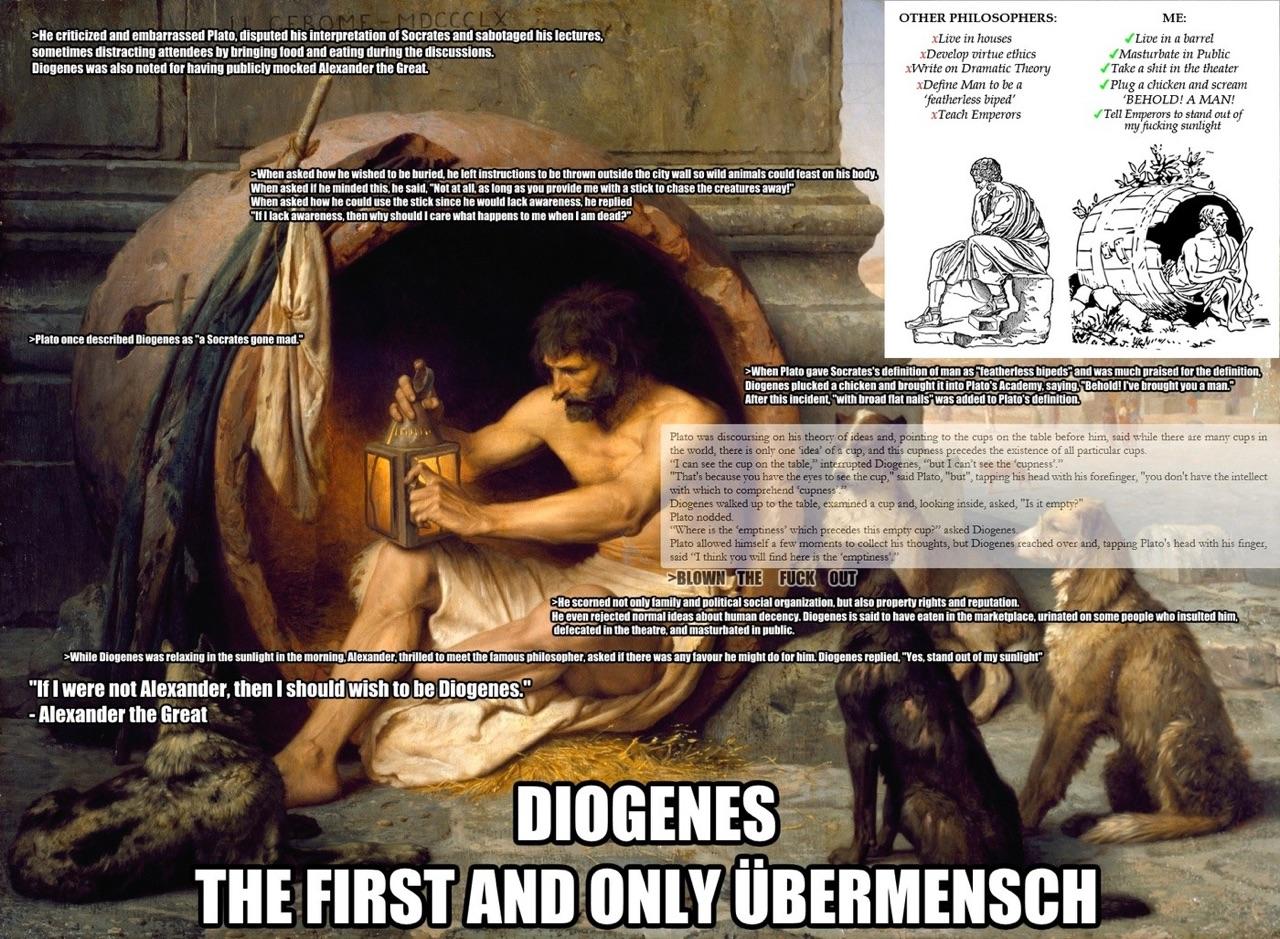 Greek philosopher Diogenes the Cynic’s popularity amongst the extremely online makes perfect sense: he rejected the trappings of conventional society, choosing instead to drop out and troll his supposed betters.

This variation, which includes one of its precursors as an inset in the corner, reflects a growing movement towards complexity and meta-narratives, a subect that is discussed in some depth (and with reference to Wassily Kandinsky’s drawings of the dancer Gret Palucca), on the Philosopher’s Meme page. 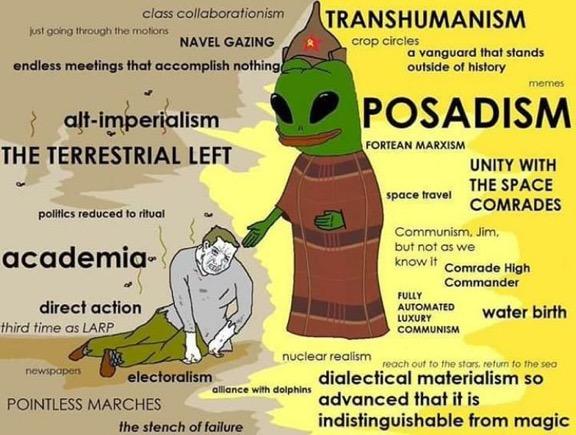 “Enlightened Pepe” is another template that lends itself to loquacious complexity: here’s a version promoting the kind of leftist transhumanism that friends keep shilling to me at house parties. 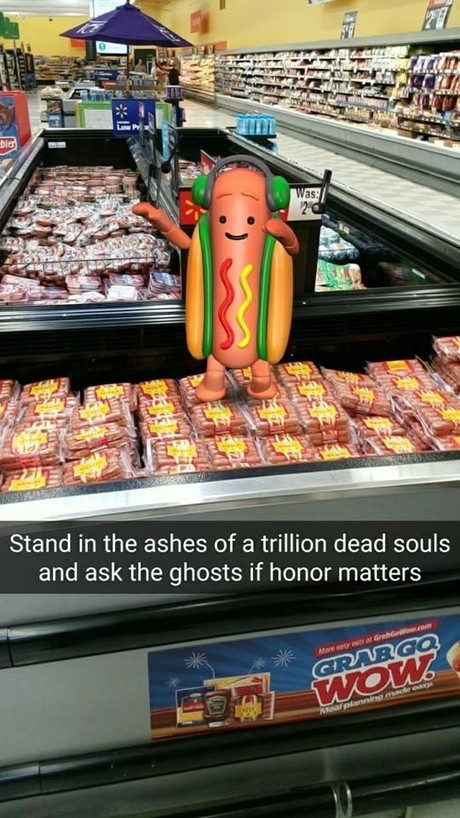 Bleak, defeated existentialism was the order of the day in 2017. Here, in a rare example of an augmented reality meme, we have a cartoon hot dog that speaks like Søren Kierkegaard.

On the subject of sad dogs, a special mention must also go to this Piano-playing Beagle.

I love this video, and have watched it so many times. I love how the repetition of the video, combined with the building intensity of the music, keeps heightening and heightening the dramatic tension.

A beautiful tale of friendship, stoicism, and perhaps also repressed sexuality, which, nonetheless, has a depressing message: the apocalypse is coming and there’s nothing we can do to prevent it. It’s too late.

Bert and Ernie’s silence, their retreat into bland pop and intoxication, represents our collective denial. Every meme is a self-portrait of the networked society.

9. This Man Dispenses the Cubes 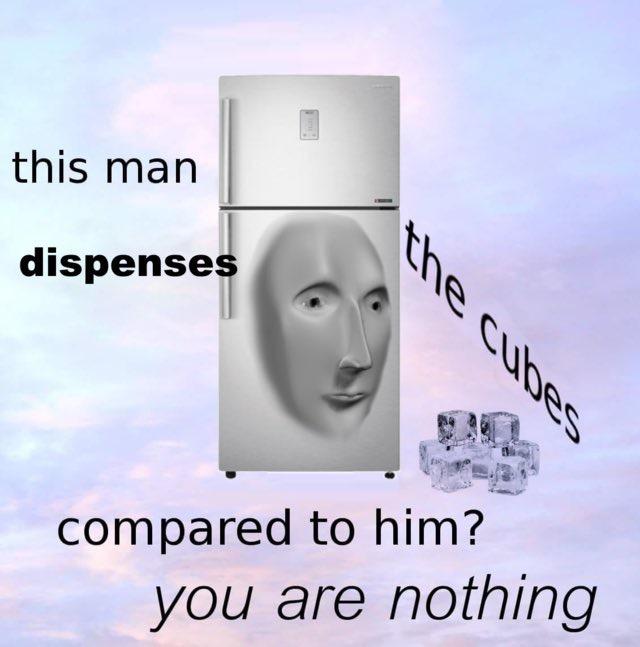 Like all the best surreal humor, this speaks to an underlying reality: a fear of our own redundancy in the age of automation.

My grandmother lives alone in Yokohama and has a talking sink. Because I never learnt to speak Japanese, I have never had a proper conversation with her. Compared to her sink, I am nothing. 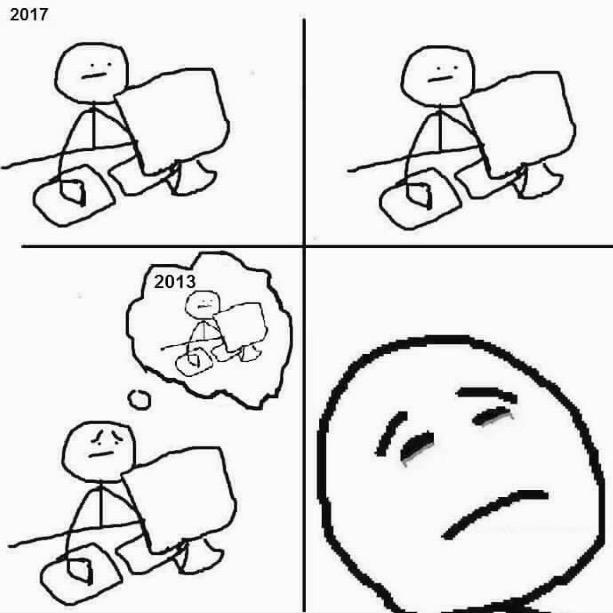 It’s a rush of pure emotion. It’s how we see ourselves, and how we cling to our pasts. It’s Gatsby’s green light across the shimmering water, and all our hopes and dreams for the future, as we move, once again, into another year.