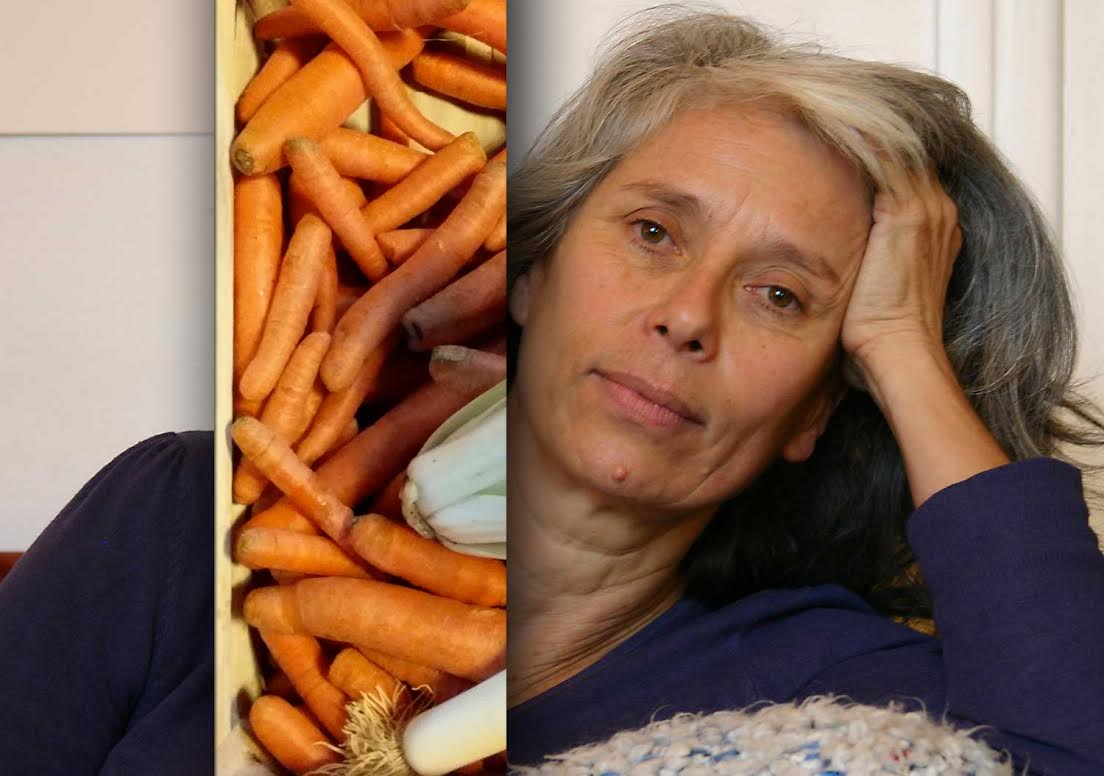 Madja Edelstein-Gomez is an independent curator and activist, based in Paris and Kuala Lumpur. Edelstein-Gomez has created a new interface for an online exhibition, produced by Zinc, with support from Le Château Éphémère, Dicréam-CNC, L’Espace Multimédia Gantner, and Rhizome. The Recombinants aligns itself with Edelstein-Gomez’s concept of recombinance, a condition of being that she assumes as identity and explores through her recent artistic and curatorial efforts. The Recombinants will show on the front page of rhizome.org from August 25–28th, 2017, alongside the Art-O-Rama fair in Marseille, FR.

Edelstein-Gomez’s concept of recombinance is revealed through the exhibition's manifesto, which describes a new digital mysticism; one whose text echoes ideas of transhumanism and the simulacrum, with a simultaneous claim to entirely reject these pre-established means of clarification and identification. The manifesto removes itself from the vernacular application of the term “recombinant” (one tied to genetically modified organisms). Instead, the recombinants’s materials are described to be the result a form of data-splicing that removes any disparity between the data anatomy of digital datasets and organic DNA, which are explained to be constantly rewritten, or “recombined” in a cycle of constant rebirth and in the form of an eternal return. The manifesto claims many things the Recombinants are not; there are direct rejections of being merely cyborgs, replicants, mutations, humans, or computers, and the Recombinants reject any adherence to the past or future. From an outside perspective, the manifesto is mysteriously ambiguous, as the Recombinants claim to exist as nothing and everything at the same time.

Upon entering the online exhibition, the viewer is greeted with a slowly-moving landscape of colliding image-planes and broken and disrupted bits of sound. The viewer is encouraged to navigate through the use of a series of geometric buttons that reveal text, change the presentation style, and provide links to individual artist’s profiles. In the exhibition’s press release, it is revealed that the online presentation is an AI-generated recombination of the submitted works, being constantly processed live and presented differently for each viewer, with an audacious claim to be the “show of the future.”

I spoke with Edelstein-Gomez to discuss her exhibition and curatorial practice in the hopes of expanding upon her understanding of the recombinant existence and its applications to this online exhibition format. 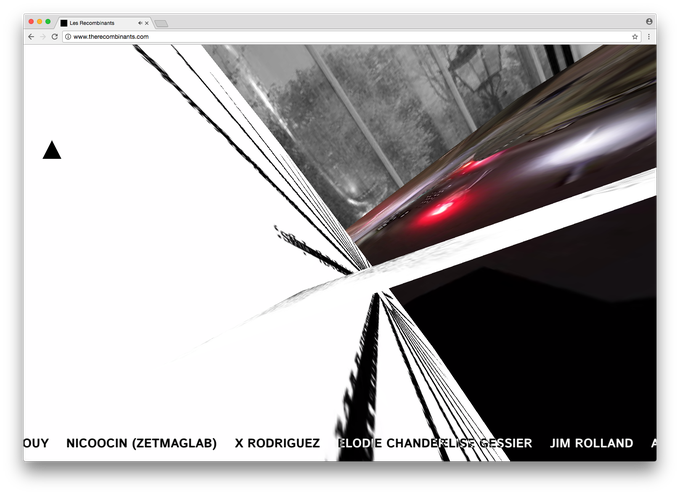 Lauren Studebaker: Usually, we’re familiar with the term “recombinant” in its applications to genetics and biology—GMOs, gene-splicing, etc. In the Recombinant Manifesto, this application of the term is mentioned, but transcended. Could you introduce your concept of the Recombinants?

LS: How did you come into the realization of recombinance?

MEG: One day I became a Recombinant.

I always have been a Recombinant.

And it was not just me. I know there are many Recombinants out there.

I realized that something had occurred that should have killed me or make disappear. It was a like a system error in an operating system, or a genetic modification in a living being. But that thing wasn’t new, it was always already there, encoded inside of me.

It’s quite hard to explain. Instead of being afraid of it, I tried to claim it, it inspired me this manifesto.

LS: What influenced your development of this recombinant philosophy?

MEG: It was shattering and some twitching slightly resonated with it. And once it blasted, I encountered tiny skewed elements inside my existence.

In biographical terms, I could have said “this” and “that” happened to me. But I’d rather not express what happened within a timeline, with a “before” and an “after.”

I now know it was always there.

Read more about this “moi” here.

But don’t worry, I’m not some sort of psycho freak. When needed, there can be a regular bio and a presentation of myself as an online curator that fits the bill, like what Le Zinc in Marseille has published.

MEG: Online, all data generates more data.
Ad infinitum.
View any odd webpage and your viewing data has been recorded by numerous systems along the line, the cookies on your hard disk, your internet provider, your social networks, every online activity leaves slimy, greasy, dusty fingerprints made of data, that proliferate into big datasets, and when analyzed, produce more data, etc…

LS: A realization in the Recombinant Manifesto surrounds the idea of collapse of the concept of past and future, a rejection “of everything post- and trans-.” As a curator, how would you say this position of recombinance informs your selection of works and philosophy of contemporaneity in the context of an exhibition?

MEG: A non-human narrative doesn’t relate to recombinancial time or category and doesn’t relate to post-something or trans-something. Inside it, you get exposed to sequences of data that will rewrite you in such a way that doesn’t let you refer to an existing model of reference.

And yet, what we are doing is simply sending out an open call for an online show. It is our way to set into motion the possibility of a recombinant narrative written by the machine herself. The narrative of data being mined and reminded.

LS: So, the idea of recombinance is tightly aligned with data ontologies? Could you then talk a bit about the presence of recombinance, or the recombinant action, in digital artmaking?

MEG: Artmaking itself is not the question really, digital or not. Art is not necessarily something you “make,” so I’m not talking about artmaking. Art is something you “name,” not something you “make.” All you need for something to be art is to be recognized as such, to be named it as such, and it becomes art.
The question “what is art?” ran through the whole twentieth century. Until we found out that art was nothing but a question.
Now, in the twenty-first century, we have the answer to “what is art?”: Art is a Question.

A question is a recombined statement. For example, if you recombine “This is art,”  it becomes “Is this art?” The question mark signals that you have opened the signification to endless possibilities, and you have generated the desire for something, the inextinguishable desire for an answer, a hole inside a meaning.

Now imagine you go further into recombinance by shuffling every single letter of this chain of characters. You have generated a multiplicity of new meanings all derived from this dataset, like “a tart wish,” “war at hits,” “it shat raw”... and many many meaningless combinations. You have created an infinity of littles holes of meaning,  a lace of meaninglessness all intertwined around that big question. These are the generative powers of Recombinance, and this is how I am curating.

LS: Then what hand does curating the results of the open call have in the equation? As one who identifies as recombinant, how does your curatorial practice differ from a more traditional model?

MEG: I see curating in general, traditional or not, as “a throw of dice.”
Chance is the main factor.
Curatorial explanations are nothing but a layer of varnish over it.

“A throw of dice will never abolish chance”, said the French poet Mallarmé, as he scattered the words of his poem across the page with plenty of empty space around the words. That was a founding act in poetry in 1897, and if you ask me, the very first act of Recombinance also.

One hundred and twenty years later, commentators still wonder if what scatters the words of Mallarmé is not a hidden code, yet uncracked. Quentin Meillassoux in The Number and the Siren argues that there must be a code, but the encoding of the poem is incomplete, and that is precisely how Mallarmé wanted it: an incorrect code.

Is Recombinance a form “curating by numbers?”

Is there a curatorial algorithm at the heart of my practice?

If there is a code, I myself am included in that code, I am just a piece of that DNA, and whatever I change in it, changes me, in an incomplete way.

LS: Does the possibility of anonymity from online submissions (or the digital in general) enhance the recombinant philosophy?

MEG: Anonymity is not an issue at all. A name is just an element of a dataset, and not the most interesting one.
Besides, when you submit online, you do it with your own chosen name.
What you might not know is that when you post your data, is that you get your personal exhibition on the spot, as the first display of your recombined art. This display remains available and you can share it online with everyone. This is the reward of trust.

In our big exhibition which will premiere in Art-O-Rama in Marseille in 25 August the names will not disappear. They will be recombined together with the works.

LS: On both your personal website, as well as in the Recombinant Manifesto, you recognize psychic energies, telepathy, spiritualism, and the paranormal as different manifestations of recombinance. As both an artist and curator working with the internet and developing technologies such as AI (in your chatbots, for example) as a means of production and exhibition, how do you view the collective and ephemeral condition of the digital in comparison to these more mystic ideas?

MEG: Once you start questioning the premises of your own bodily existence there is no way back. I am the product of a communication energy, just as much as you are.

Life is but an exchange of messages.

And it’s pretty much the same as what we are doing now: exchanging messages.