The Revolutionary's Phrasebook
An artist maps the trajectory of an Egyptian lexicon.
By Eileen Isagon Skyers 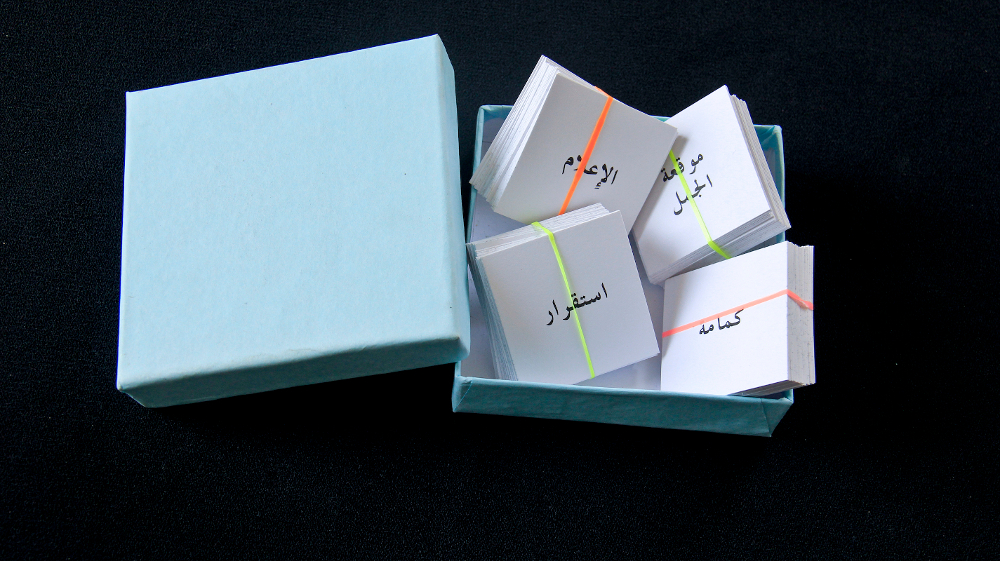 The digital publication of A Dictionary of the Revolution (in Arabic) is now live. The project was conceived by artist Amira Hanafi in the wake of the Egyptian revolution of 2011. Hanafi’s original idea was somewhat straightforward: to construct vocabulary cards for over 100 words that were frequently used in colloquial Egyptian in the two years following the uprising. As it turns out, this period of political upheaval was paralleled by transformation in the linguistic sphere; new terms and phrases were rapidly introduced to describe a rapidly changing political climate. 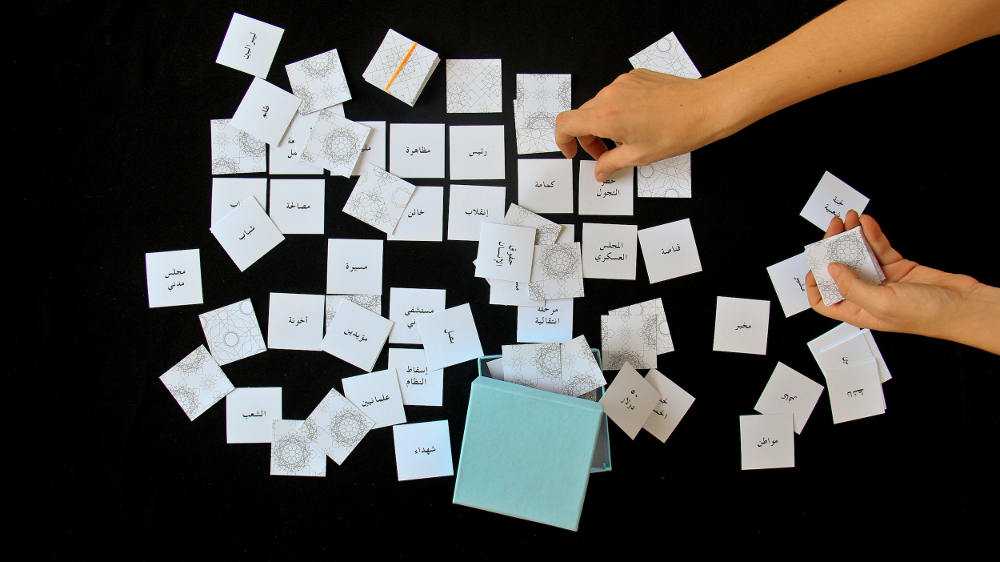 The cards contain terms–such as Balatagiya (thugs), Tamarod (rebel), and Al Dawla Al Amiqa (deep state)–that were used to provoke discussion in live, face-to-face meetings across six governorates of Egypt in 2014. Around 200 participants described what the words meant to them, where they were overheard (and in what context), as well as how their meanings might have changed since the revolution. 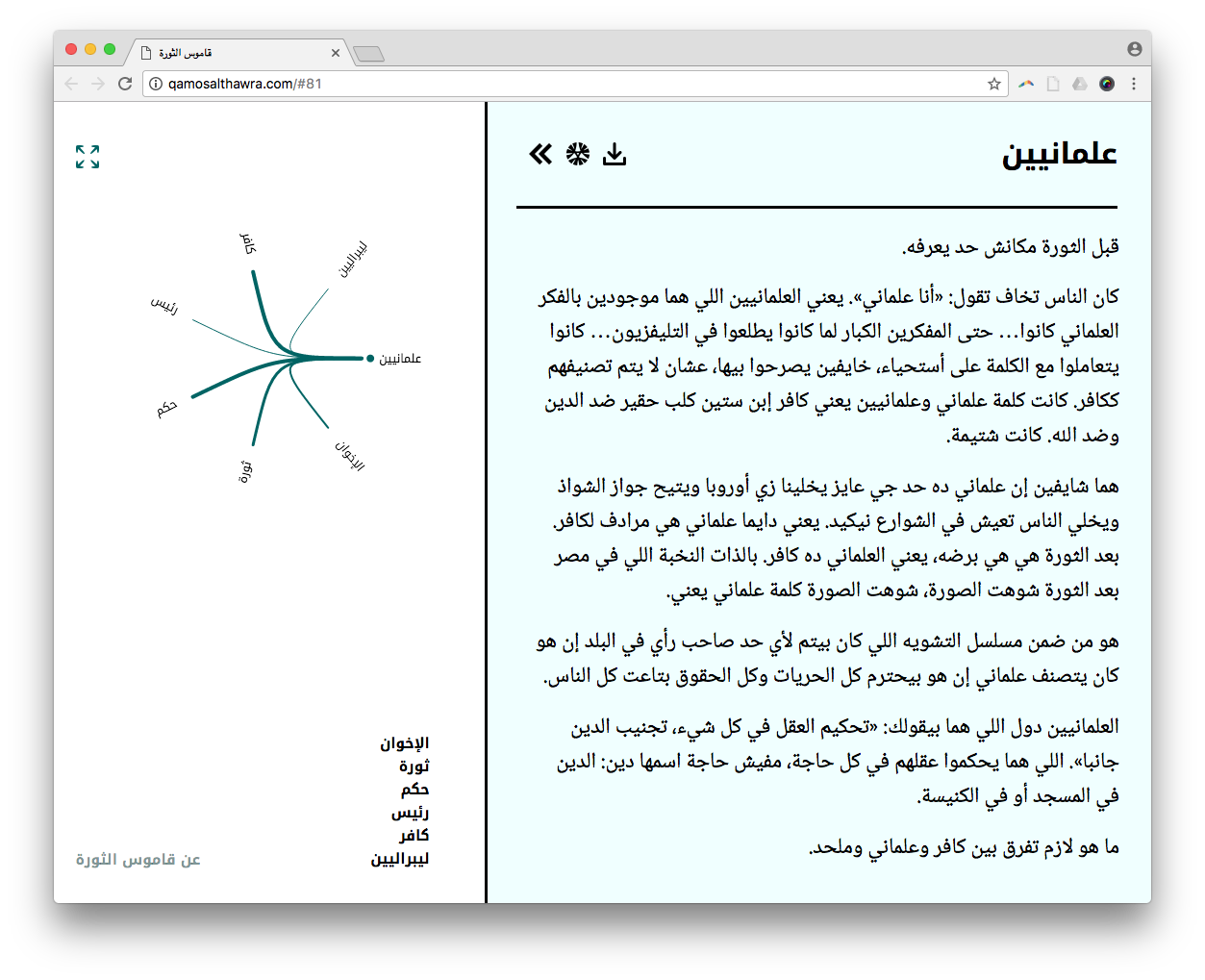 Hanafi has integrated transcriptions of these conversations into a non-linear, imagined dialogue and full archive, now hosted on qamosalthawra.com. Visitors to the page will find a comprehensive diagram of relationships between the terms, which acts as an index to the website. The edited audio recordings are also being published, one word a day, starting from the 1 April launch, on the Dictionary's SoundCloud. While the full spectrum of the dictionary is currently only available in Arabic, users can interact with a diagram of the terms in English translation. 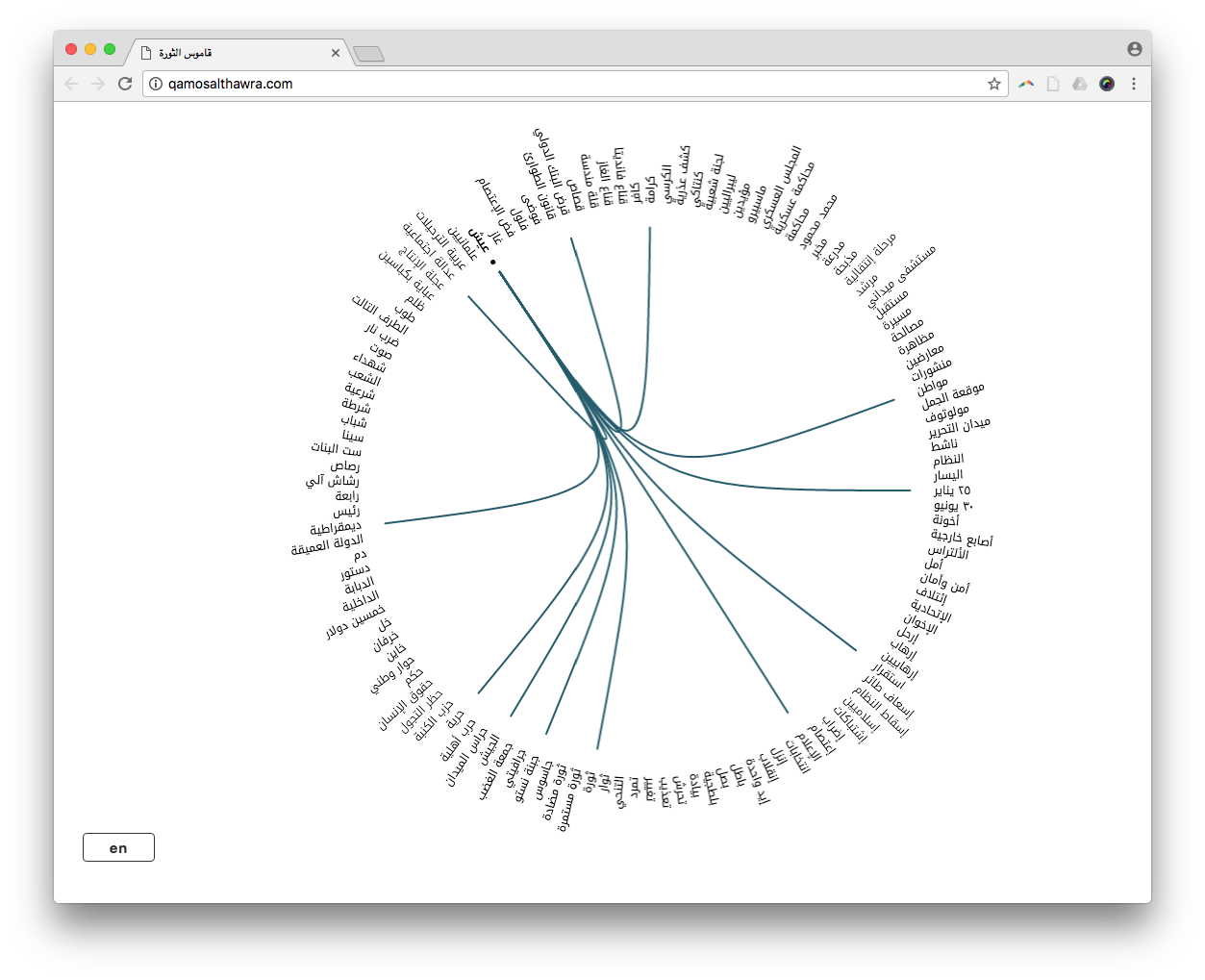 Hanafi’s project was one of the awardees for Rhizome’s annual net microgrant program in 2016.