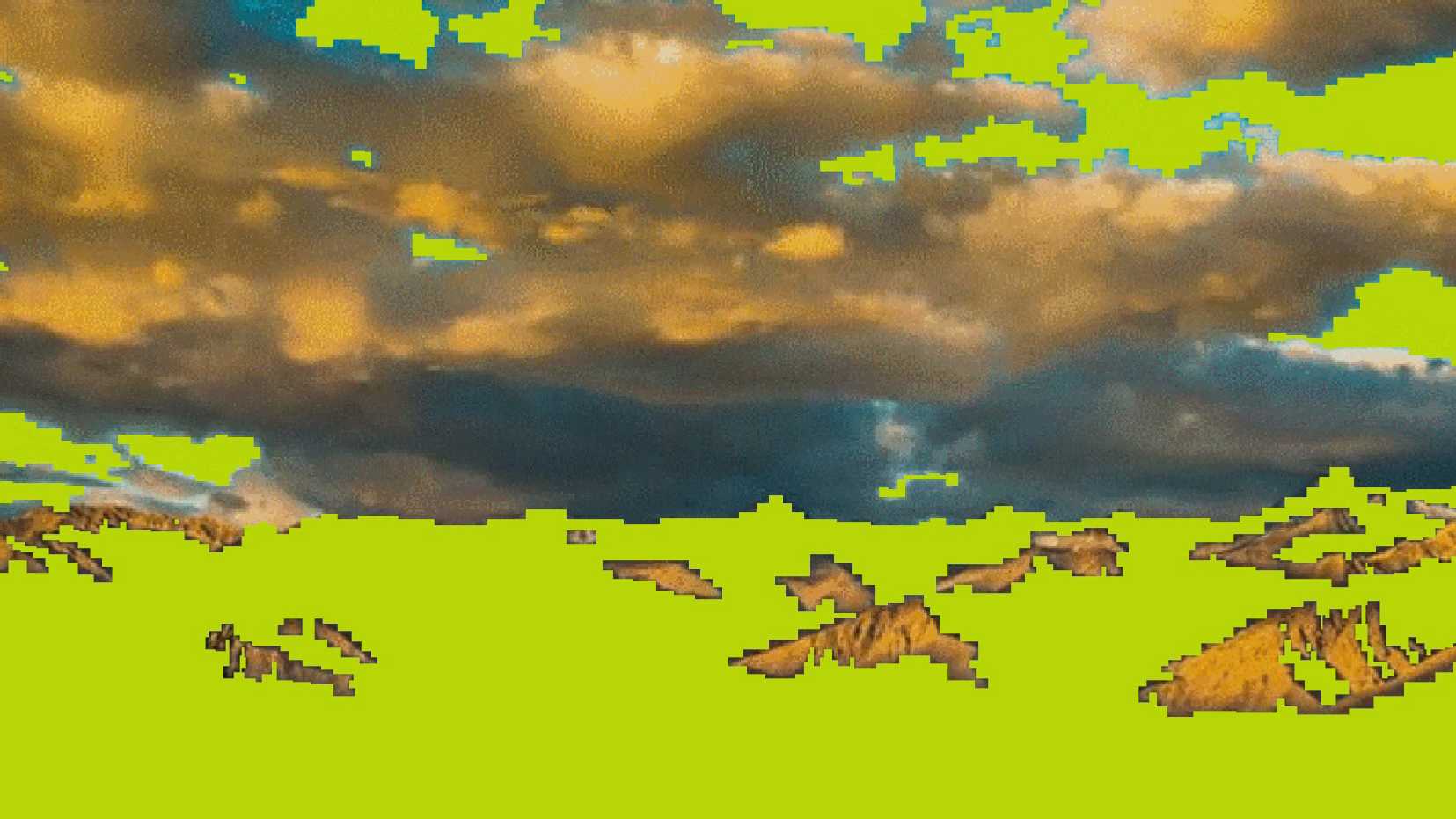 Paul Soulellis: Your recent work takes the form of animated GIF collages that convulse with explosions, weird animals and jerky gestures—scenes that are usually playful but often perverse. Most of it is presented in mad looping cut-out form, with jagged, silhouetted edges and sudden jump-cuts that have become your signature motifs. It’s easy to see how these GIFs harken back to early web vernacular, but I’m tempted to draw an even deeper trajectory. I see Stan Brakhage, Jack Smith, Maya Deren, and other experimental filmmakers in your use of the image as malleable, pleasure-seeking collage material.

Earlier works, like these compositions from 2010 and in particular this set focused on your mother’s jewelry, use sequences of tightly framed shots that construct almost conventional narratives. Presented as a stack or a linear progression, sometimes barely moving, the looping in these pieces is more “manual;” my gaze has to follow from frame to frame as I piece the story together.

Whether sequenced as a chain (narrative) or oscillating (disjunctive collage), your GIFs draw upon a distinct cinematic lineage. Do you seek to resolve these disparate ideas, or a synthesis between them, or something else?

Lorna Mills: It’s funny that you ask that because I had a steady diet of experimental film when was in art school during my late teens (at an age when I could watch anything). If you’ve ever read David Foster Wallace’s Infinite Jest, you’ll remember his detailed, deadpan descriptions of avant garde films. I found them howlingly funny but at the same time I thought, “yeah, that’s a good idea for a movie.” But animated GIFs hover in a confounding space between film and still image; they remind viewers that cinematic movement itself is an illusion; eg. that all is artifice.

I’ve always avoided any narrative with those short loops of visually banal events. I wanted them to be permanent digressions from a narrative, just looping in perpetuity and mimicking more urgent rhythms like breathing, heartbeats, copulations, and collisions.

PS: In the description of an even earlier work, Willing Maid, Spoken Fur (2003), you write that your motivations are “from a pleasure in language that comes from my activities as a reader, not a writer.” I really see this position as a reader extending into all of your work, consuming (and re-presenting) visual material from the darker back channels of the web in an almost voyeuristic way. As the web has developed during the last twenty years, how have you changed as a reader of network culture?

LM: For years I have been thinking about traditional slow information systems (books!) in contrast with the speed of network culture. That said, I think that cognitive brain scientists have more interesting observations on that than I could ever make. As a child, I was a precocious reader, I read most text too fast and retained very little. Online I take on information in a fragmented, anxious, impatient, and frenzied manner and I suspect that I still retain very little.

And since you brought up the Racing Kiosk series I did years ago, I did do web versions of the text crawls of race horse names. (May I mention that those were the good old days when you could slap a marquee tag on something and you got INSTANT NET ART.)

The crawling text is gleefully absurd, mysterious and, ultimately, gregarious, running at the speed of casino culture, like a racing form attached to the end of Finnegan's Wake.

That’s the best line I have ever written about any of my works so I’m repeating it here.

PS: You work with “poor images” that celebrate low resolution, low fidelity, and almost universal accessibility. Is circulating your work freely essential to your practice? How important are the platforms that frame and host these experiences (social media, Times Square billboards, commercial galleries, etc.) to an understanding of your practice?

Yes, Hito Steyerl's “poor images” thesis is very distinct from, and preferable to, any sort of  nostalgic sensibility. (I also get irritated when the animated GIF is described as an obsolete format, it’s actually quite a successful format.)

Circulating my work online is essential, it's participating in the culture, and that's what artists get to do. I was an artist long before I started making art online, so I already had an exhibiting career, and reformatting and adapting web-based work for installations in galleries and museums is something I enjoy. I’m also very lucky to be with Transfer Gallery where this sort of problem is re-worked with every new artists’ show.

As for showing in Times Square, that was a delightful aberration. No one expects that to happen. Part of me was amused by the possibility of the work failing BIG TIME. The first night I saw it I was very Canadian and slightly embarrassed about the scale. On the second viewing, my monster ego kicked in and now whenever I see any images of Times Square I wonder why the hell my art isn’t up there anymore, because it really should be playing there forever.

I would argue that there isn’t any vulgarity in my work, just an exquisitely honed sense of the ridiculous. The web you see in my work is definitely lively and I feel great kinship with greedy barbarians.  I was never interested in using digital tools to recreate late 20th century blue-chip art movements.

PS: In your Ways of Something (2014) you wrangle 114 artists into an epic assembling that functions as a contemporary re-make (and astounding critique) of John Berger’s Ways of Seeing (1972). Is this particular work and the community that it celebrates an outgrowth of surf clubs and earlier web scenes? What does collaboration means to you in your practice?

My approach is definitely not an outgrowth of surf clubs. As much as I enjoyed the work they produced, they were still clubs and clubs function by exclusion. That said, artists do much better when they are part of teams, plus critics, curators, and dealers love it when young hotties self-organize and/or self-package.

For all the issues that accompanied “The Wrong,” David Quiles Guilló’s sprawling online biennial of net art, he deserves way more credit for extending participation in the mediums we work with. Earlier, and more hermetically sealed web scenes couldn't accomplish that.

Doing large collaborative programs began in earnest for me when Rea McNamara invited me to organize GIF screenings for her brilliantly irreverent “Sheroes” series of monthly art parties. I thought it was a great chance to participate in fan culture. I think I invited five or six artists to make work in the first one for Yoko Ono, though I was a little worried that they'd be offended by the invitation. It turned out that everyone wanted to do more, so instead of selecting different artists every month I just kept on expanding the list of invited artists. It got to the point where our final Sheroes party had almost fifty artists creating new works for projection.

I learned that I could work with large groups of artists as long as the structures were clearly defined, so when I thought up Ways of Something, I wasn't daunted by the number of people I would have to work with to finish all four episodes. For Ways, I just set up the framework for the artists to work within. Their sixty seconds was their art.

Collaboration is a term that can be misused in a lot of contexts. It's rarely a mind-meld, it's more like a negotiation. Most of the time I don't want to negotiate, I want to expand and explore my turf and not have to justify it to a partner (probably because I can rarely come up with a good excuse for what I am about to do.) But of course there are the odd occasions where I can see the potential for making work with another artist that I would never have done on my own, and in a direction I would never have expected to take.

Though after writing all of the above, I admit that I once did a collaboration for the simple pleasure of being able to make someone else's art instead of my own. I worked with the artist Julie Voyce years ago, she made all the art and I just gave my approval to whatever she finished every day. It was relaxing to forget myself.

1993 was when I went digital, prior to that I was analog with Super 8 film, video, painting, and photography.

I first went to artist run schools that no longer exist, then in 1993/94 I took some intensive courses in Turning on a Computer and then multimedia for CD-Rom delivery. Programming and video editing were self-taught later on. 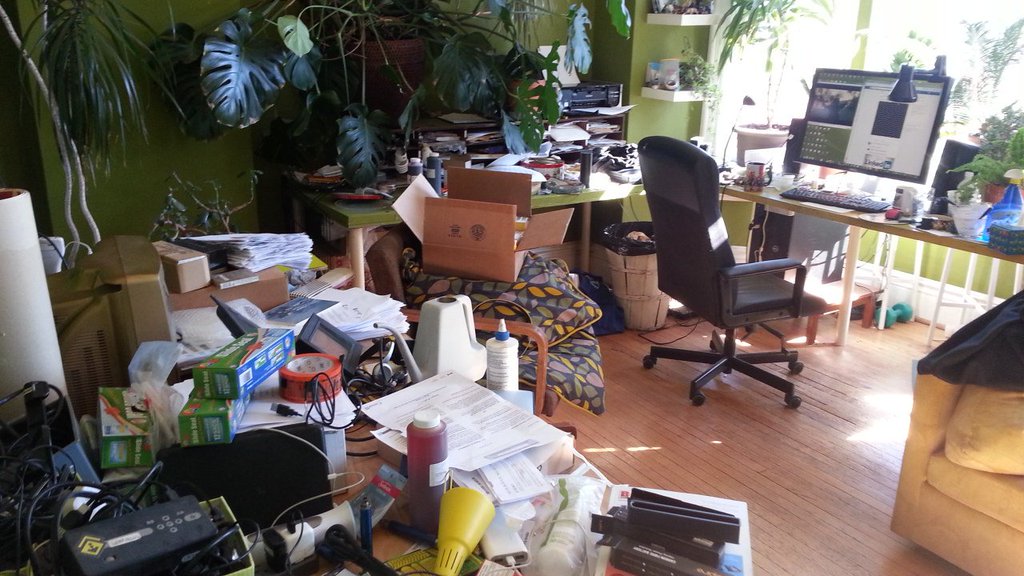