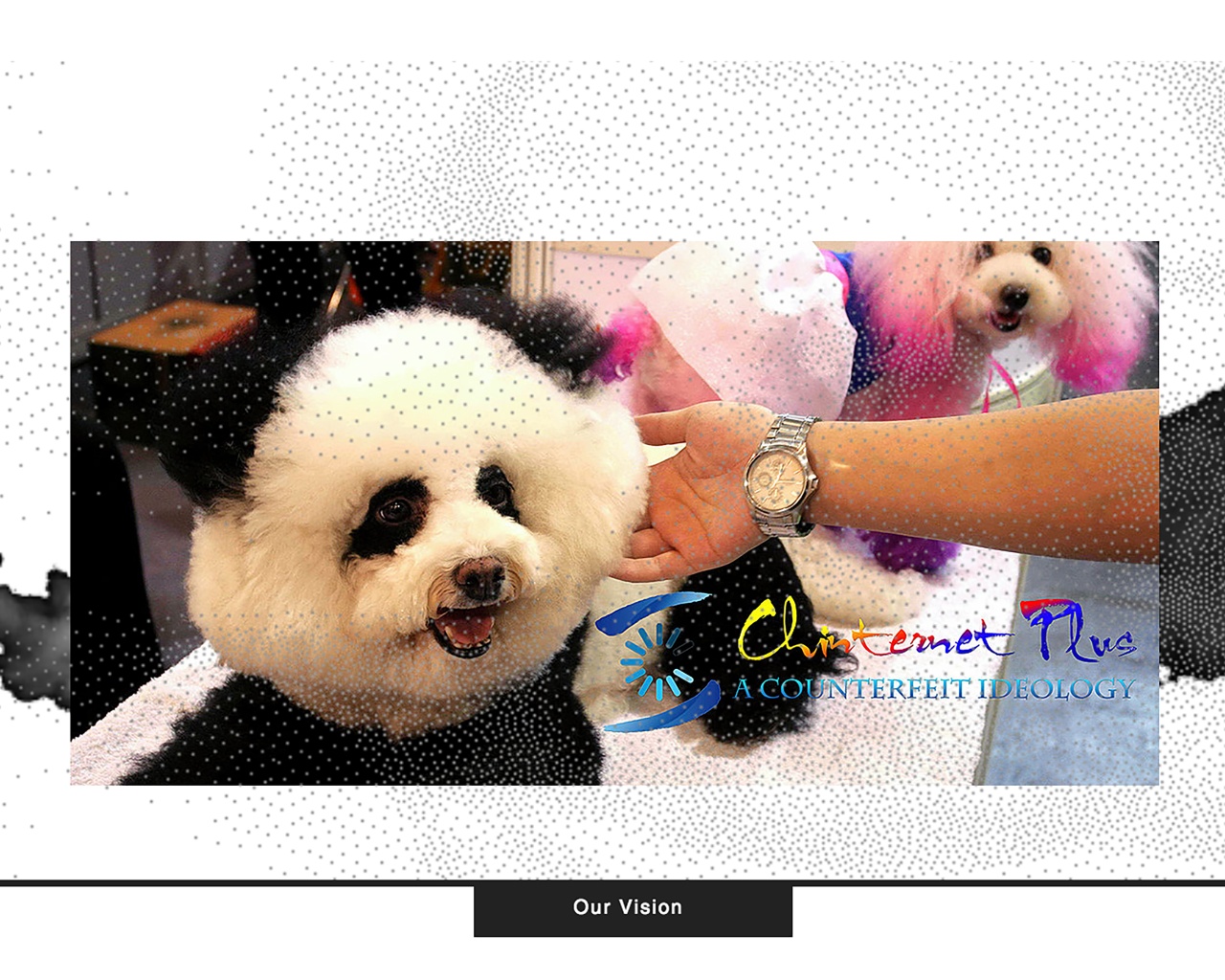 “Miao Ying: Chinternet Plus” is copresented by Rhizome and the New Museum as part of First Look: New Art Online. It is now on view on the front page of Rhizome.org.

“Internet Plus” is a strategy that was proposed by China’s Premier of the State Council, Li Keqiang, in 2015; its goal is to apply cloud computing and big data to traditional industries with an aim of rebooting them. Introduced shortly after China’s economy began to falter, it yokes progress to digital technology in a way that some, including the artist Miao Ying, see as grandiose. Miao’s new project Chinternet Plus (2016) is what she describes as the official unveiling of a “counterfeit ideology,” a parodic take on the original strategy of Internet Plus. The work is essentially a guide for how to brand an insubstantial idea, suggesting that, in the case of political branding in particular, media can easily stand in for the message.

Miao describes her place of residence as “the Internet, the Chinese Internet (Great Firewall) and her smartphone.” Her works inhabit multiple forms (the browser, apps, print, and installation), are all meticulously cataloged on her website, titled “the dead pixel of my eye,” and focus on the online culture behind the so-called Great Firewall, specifically its strange and original GIFs and viral media. In 2007, Miao spent three months looking up every word in the Chinese dictionary that was blocked by google.cn. The resulting work—The Blind Spot (2007), which became its own index of blocked words—marked the beginning of her long-term focus on censorship in China. Miao recounts seeing censorship as “the enemy” and wanting to change it with this work. More recently, she has become fascinated with what she calls the “Stockholm Syndrome” that Chinese citizens experience toward the Great Firewall and the “Chinternet” (the Chinese internet). In a 2015 interview on Rhizome, Miao reflected on her new perspective:

From one side of the wall, the Chinese internet appears to be a barren wasteland, yet despite its limitations, it has been evolving and growing—even faster than the net outside the wall. New memes are created rapidly, depending on what underground culture decides to make pertaining to mainstream culture and internet with Chinese characteristics, which is self-censorship. If you know something will be censored, you can go around it, using homophones, making up new words, etc., which all involve a sense of humor and intelligence. You will be shocked by how creative netizens are. The limit of the Chinese internet is what sets it free.

With Chinternet Plus, Miao returns to a sharp critique in her work—this time of political branding. As viewers scroll through Chinternet Plus, they encounter the five pillars of the Chinternet Plus “counterfeit” philosophy: “Our Story,” “Our Mystery,” “Our Goal,” “Our Vision,” and “Our Experience.” The “Our Story” section focuses on the construction of a logo for Chinternet Plus, which features an image of a white male professional, his hands gripping the sides of his head as if racking his brains for an idea. “Our Mystery” features a motley crew of animals, celebrities, and regular people clapping in sync, showing how rapidly a group can be formed immediately following the creation of a logo. “Our Goal” describes how Chinternet Plus will overwhelm people with dramatic imagery so as to deter them from analyzing its philosophy and recognizing its lack of substance. In one telling image, the words “Chinternet Plus” burst forth from the side of a glacier like a superhero breaking out of a trap. “Our Vision” promises that the Chinternet Plus philosophy will scrub away problems in a way analogous to the famous MeituPic filter that removes pollution from photographs of the sky—noting that, while it will not address deeper structural issues, Chinternet Plus will improve the representation of these problems. “Reality Should Not Hold You Back” reads a text in the “Our Vision” section, as if to imply that change can be generated by simply dreaming up a new present—a sentiment that is confirmed in the final section, “Our Experience,” which begins with a short chapter on how to “cultivate an emerging reality.” Nowhere in Chinternet Plus are any actual plans or precise policies mentioned; the substance is subterfuge, consisting of doctored images, logos, and meaningless terms.

Like many of Miao’s works, Chinternet Plus lends humor to complex political and cultural issues, and yet, with the rise of international politicians who advance opinions that are untethered to the complexities of real issues, it is almost as though these figures were following the guide provided in her project.

Rhizome’s 2015–16 commissions are made possible by the Jerome Foundation and by public funds from the New York City Department of Cultural Affairs and the New York State Council on the Arts.