Bitmojis: The avatars of conversation
By Da'Shan Smith 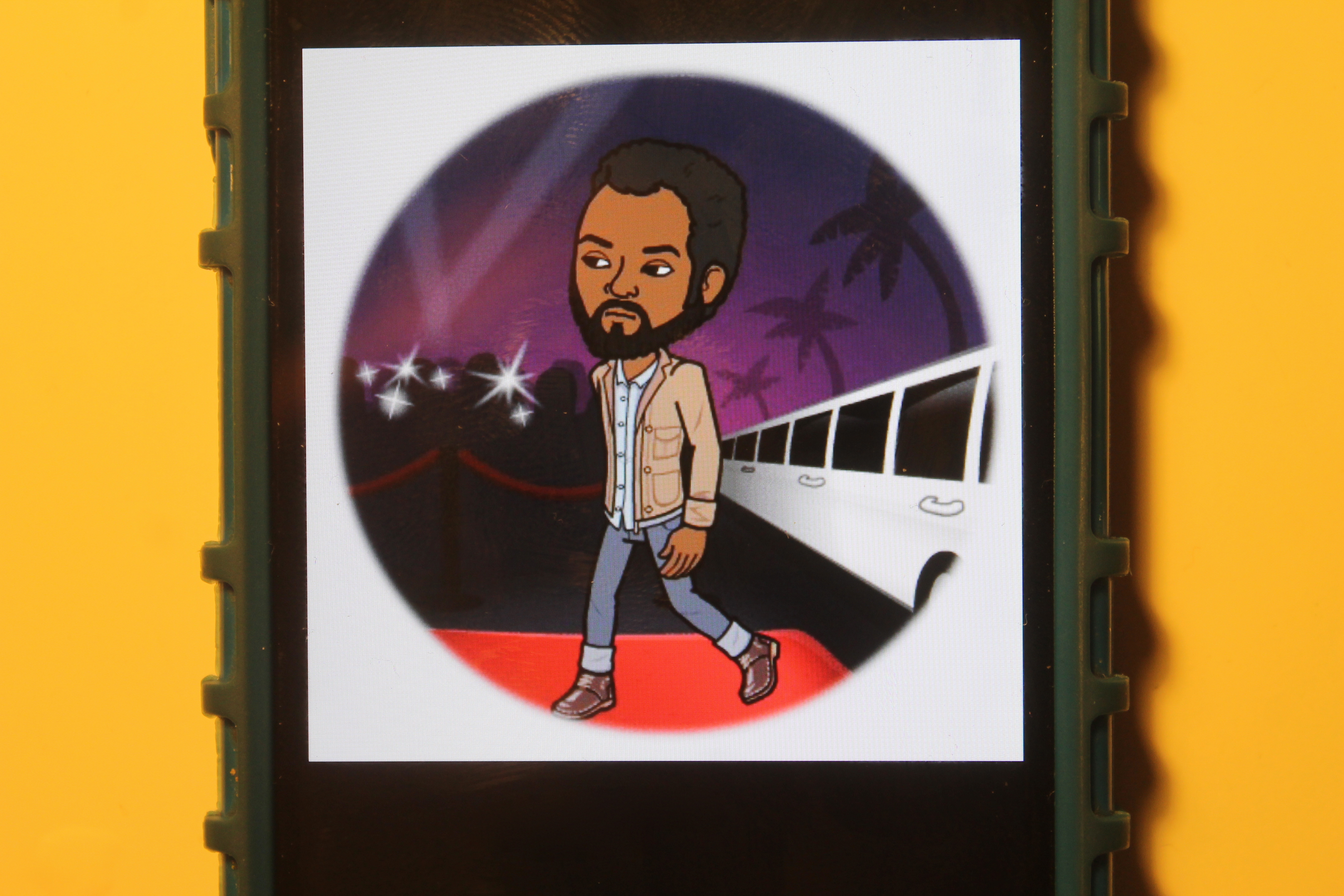 In the final hours of 2015, as a new year drew near, I sent a text message to my mother, who happened to be in the same room. Instead of typing words or selecting a standard emoji, I opted for the latest nonverbal communication craze: the Bitmoji. I chose an in-the-moment photo: a personalized caricature of myself, adorned in a black Steve Madden leather jacket and black combat boots, joyously holding a bubbling bottle of champagne. Surrounded by confetti, my character graced his presence with a banner that visualized my reaction to the doorbell ringing: "Party Time." As a response, my mother sent her own caricature, spoofing Kim Kardashian’s breaking the internet photo. My mother and I both laughed as she got up to answer the door for our guests. 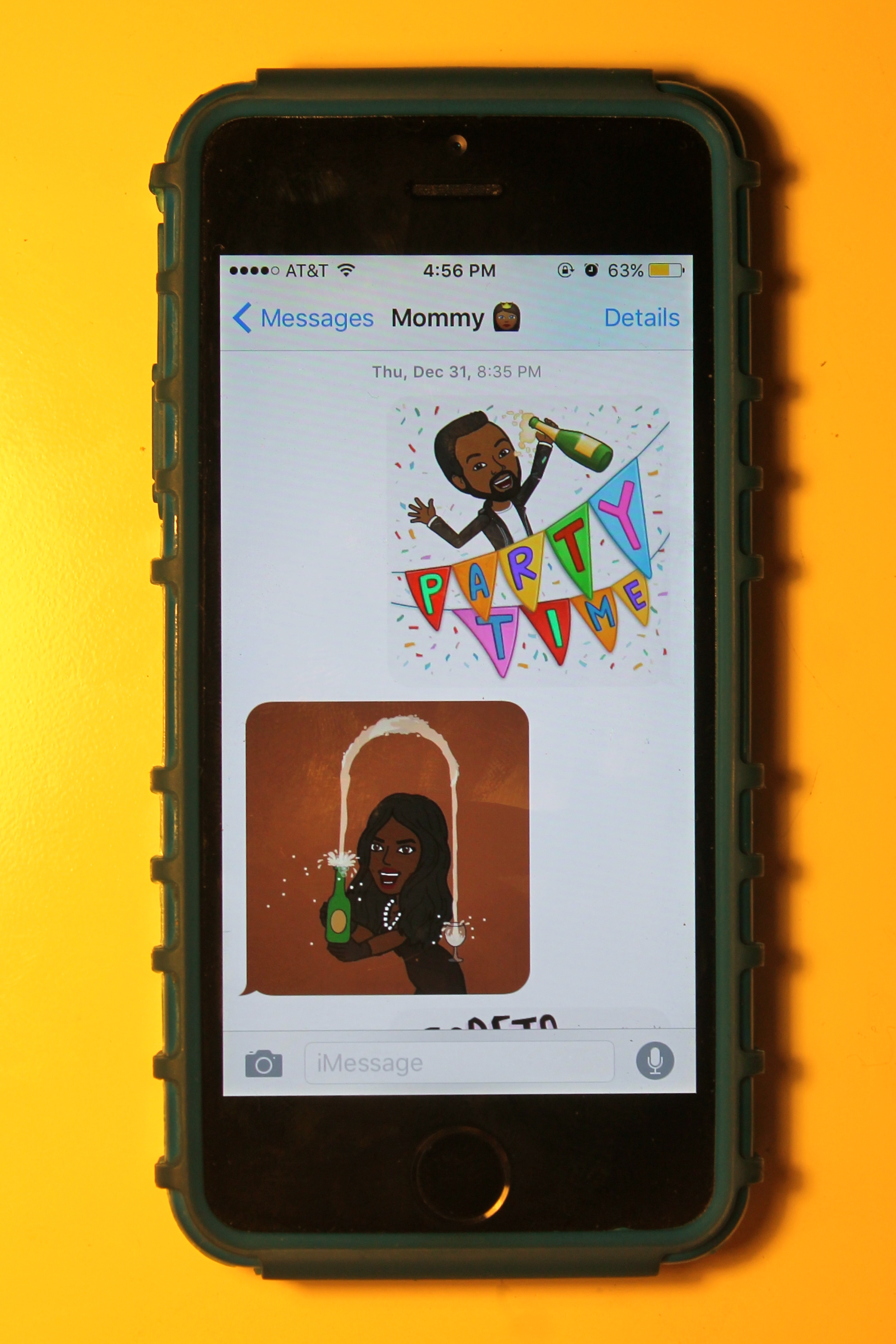 Bitmoji seems to be one of the few forms of tolerable communication between my mother and I. She abhors consistent texting, electing to type "can you call me?" instead. One reason for her annoyance with texting is the lack of human contact. She’s not alone, as texting continues to carry this stigma in its ongoing list of cons.

When developing the app for iPhone and Android, Bitmoji CEO Jacob "Ba" Blackstock stated that, "texting [has made] conversation more convenient [but has] also stripped away a lot of things that make communication human." With this notion in mind, Blackstock extended his previously successful app Bitstrips, in which users generate an avatar to insert into comic strips.

Users of the Bitmoji app can personalize their avatars for a closer likeness. This includes selecting the appropriate facial features, hairstyle, body build, clothing, and other accessories. In order for their representation to be accurate, it means that individuals must be willing to closely examine themselves and accept some imperfections while also embracing their uniqueness. The Bitmoji is a reflection of the user's self-perception—physically, emotionally, and socially.

After the character is rendered and the phone keyboard settings allow for the Bitmoji extension, users are given a bevy of emoji options featuring their avatars. Keyboard categories range from "Funny" to "Waaah" and "Food" to "Travel." The app also embraces pop culture with generated content from the films The Night Before, Inside Out, and Star Wars: The Force Awakens, as well as the HBO comedy Silicon Valley and drama Game of Thrones. Katy Perry tweeted her approval of her Bitmoji in the infamous Left Shark costume from last year’s Super Bowl halftime show, and Seth Rogen instagrammed his Bitmoji skyrocketing in the air mid-flatulence. 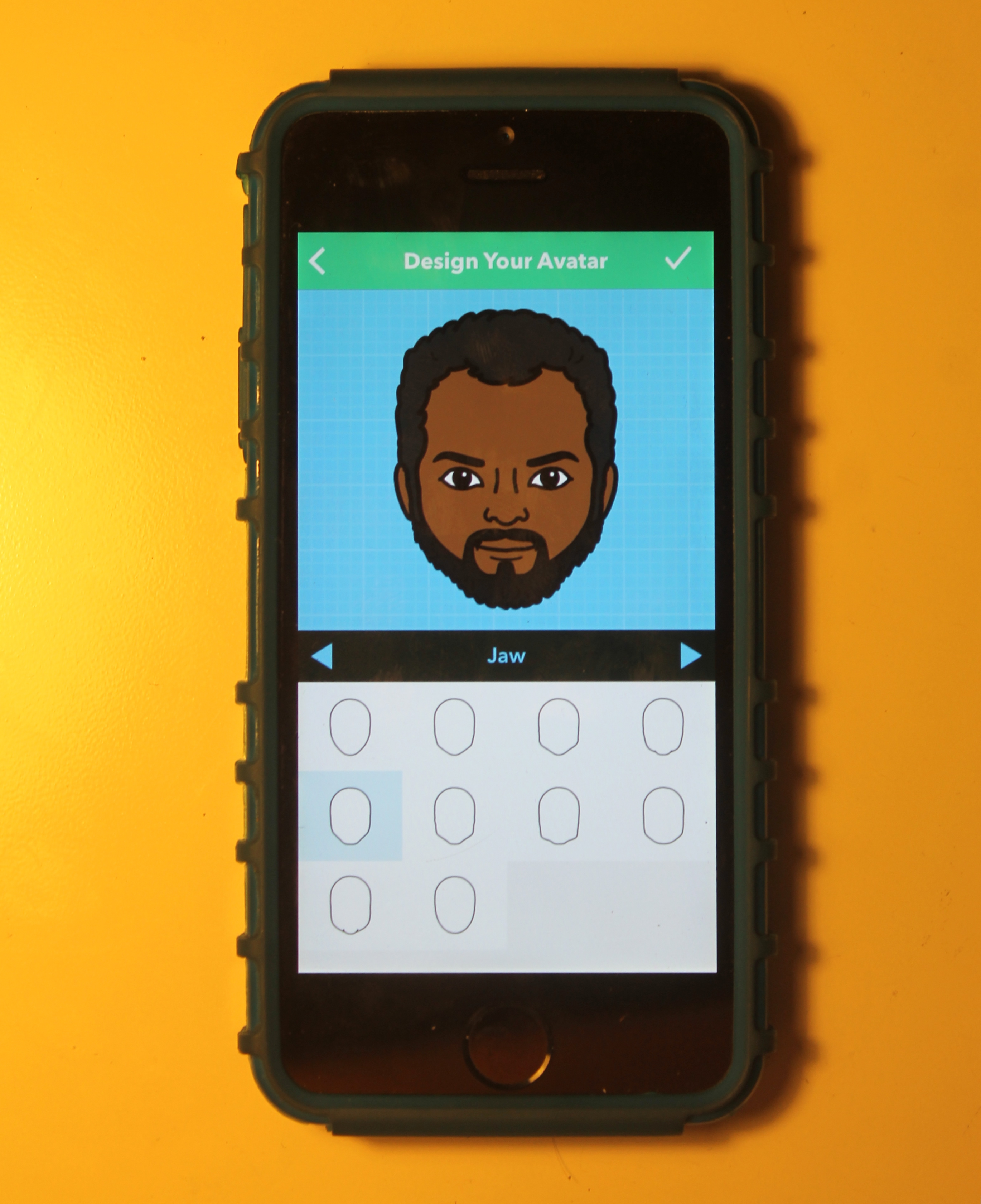 Bitmojis are starting to stand out because they bring a sense of identity to texting. With the character resembling the user’s likeness, it’s easier to understand the messenger's tone and reactions. Bitmoji offers the nuance of face-to-face interaction to the contextually misunderstood and provides a safe space for foes of autocorrect.

When describing the app, I was asked why I kept referring to my avatar as "he" instead of "I." After all, the Bitmoji is supposed to be a digitized version of me and the way I feel in a given moment; Except he lives in an idealized, fantasy world that I wish mine were like: just as simple and easily accessible.

I live vicariously through my character, who mirrors my personality but also lives his own life. He’s inserted into scenes where he wakes up, goes to school, eats food, and works a job where he even stops for a texting break. Sometimes he finds out exciting news to announce. Sometimes he has the time to scavenge the world or express his opinions on what’s currently trending in the news. And as always, my avatar is forced to deal with the daily mishaps of life. He’s inserted in imagery that most humans associate with a generalized feeling.

Still, my avatar tends to remove himself from my reality. He’s drinking champagne adorned in the most in-season Steve Madden clothing, none of which I would be able to afford as a college student. In fact, my character has skipped the college stage in most of my texting conversations and has advanced to images of stardom. In his world, he’s involved in scenes where he’s greeted by flashing lights while pompously strutting on a red carpet. Time named him "Person of the Year" and People, "Sexiest Bitmoji Alive." 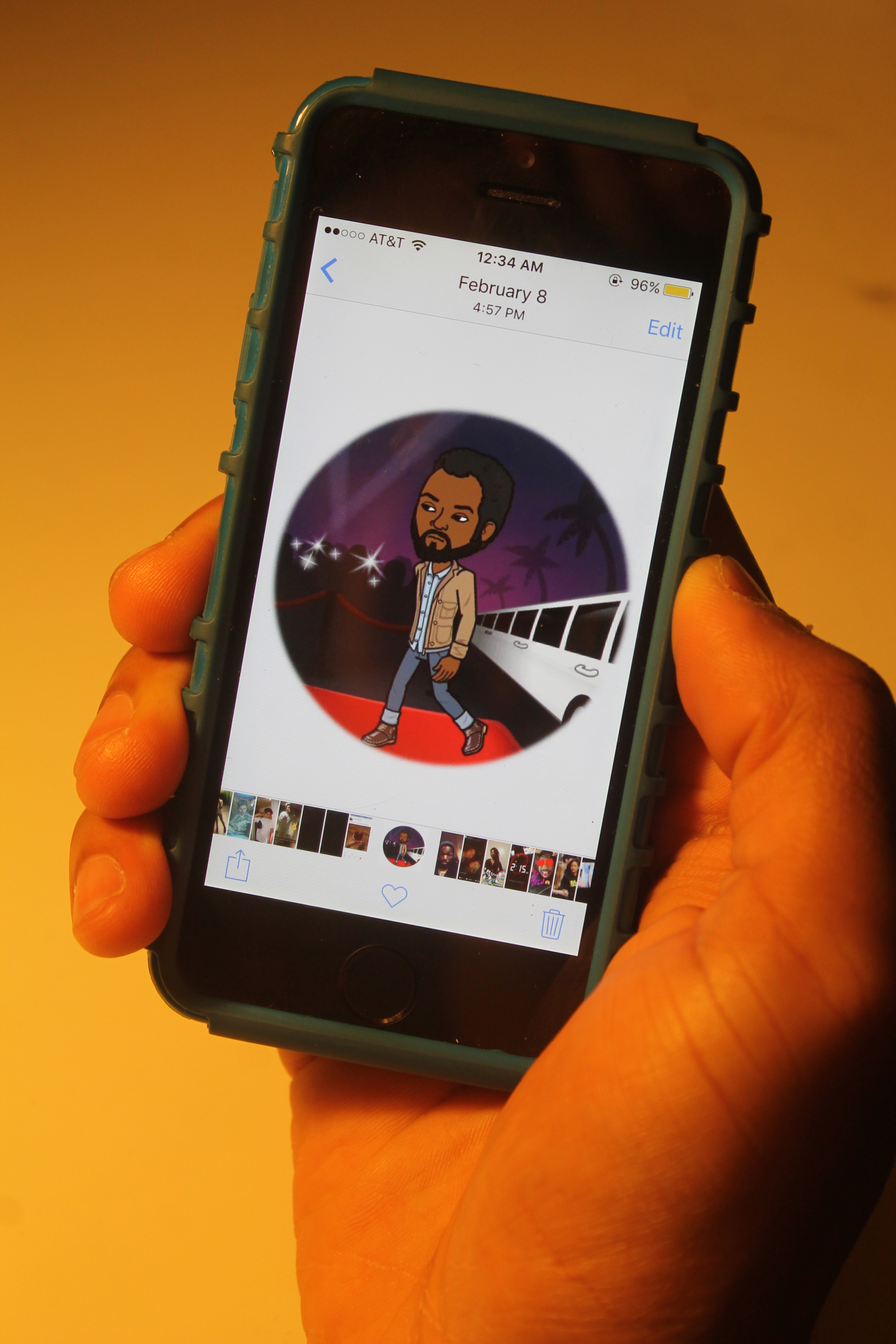 Bitmoji not only serves as a new form of nonverbal communication, but also as a game of images, identities, and human emotions. There are also times when the avatar can be used as a scapegoat or a passive aggressive tool. His constructed smiles and softer demeanor bring a sense of warmth to whoever he is sent to. And when I need to send an angry, annoyed, or somewhat snarky response, the caricature aspect of the Bitmoji helps soften the blow in a moment that’s not intended to cause drama. Essentially, it’s hard for someone to get mad at an adorable, charismatic cartoon surrounded by florescent fonts.

Using the Bitmoji app parallels playing The Sims: it comes complete with a sense of responsibility. Like a text message, a Bitmoji stays out in the cyber universe much longer than a careless remark or facial expression would. It’s up to the user to decide what they choose to send out and how they want their character to be represented. Bitmoji eliminates the inner social conflicts of texting and broadens the scope of daily conversation. Handlers of the app try to replicate their thoughts and life for the cyber world, but ultimately end up ridiculing their own existence.