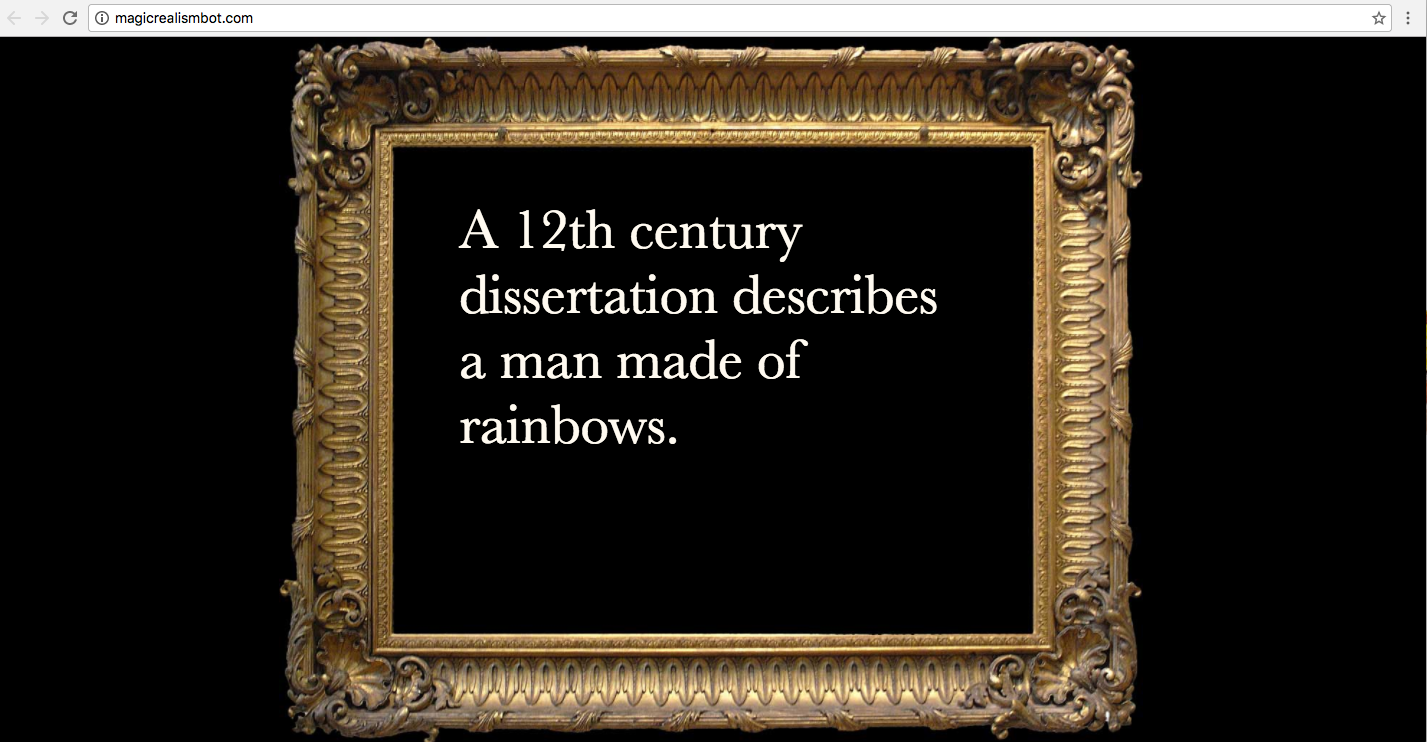 This is part of a series of reviews, edited by Orit Gat, which give critical attention to online artworks and exhibitions.

Cinnamon Colomboscope (held in Colombo, Sri Lanka) is a simultaneously micro and macro examination of Sri Lankan artists’ foothold in the technological experimentation long credited to makers of Western origin. This year's edition of the festival, named "Testing Grounds," presented seventeen Sri Lanka-based artists and over forty international artists (primarily living and working in Europe), and was curated by Susanne Jaschko. A number of artist projects explored issues of connectivity, virtuality, and the complications that ensue as the limits of each dissipate. And, with mention of ensuing complications, many artists chose to be contextually transparent regarding the consequences within their respective politicized locales. The artists included in "Testing Grounds" gutsily scrutinized the legal, ethical, and cultural voids left unattended by the arbiters of an internet whose growth is consistently outpacing the democratic processes of the non-virtual world.

While there is much being debated about the commodification of digital works of art, it is undeniable that EUNIC Sri Lanka (EUNIC stands for European Union National Institutes for Culture), the organizer for the event, and their partners in Sri Lanka are seeking more than the investment of scholarly interest. Cinnamon Colomboscope is partly so called because of its sponsorship by Cinnamon Hotels & Resorts. And Sri Lanka, historically a colonized country whose connection to Western Europe is culturally tenuous, is still tussling with the degree to which it wants to identify with that colonized legacy—socially, economically, and artistically. EUNIC has emerged as an organizer and financial sponsor to nudge these clarifications to a mutually beneficial position. Western financial and promotional investment often sees return in the form of Western tourism, and especially within the fight for autonomy, the exchange of capital can make strange bedfellows.

A handful of conceptually complex projects and proposals were leveraged for a series of online-only exhibitions as part of "Testing Grounds." These works are a nod not only to artists working with digital technologies, but a festival viewership that was once an exclusively a Southeast Asian gaze, but is now growing exponentially. Academics and collectors that are paying long overdue attention to internet-based works are doing so thanks in part internationally marketed exhibitions. The festival (now in its third year) has included these internet-based works as a conceptual extension of the “testing grounds” theme. And here, Colomboscope admirably and densely grapples with contemporary issues of globalization as catalyzed by the internet and digitized culture.

Constant Dullaart provides The Revolving Internet (2010), a hypnotic website that makes cinematic visualization of content generated from Google and its predictive suggestions. Set to Dusty Springfield’s version of “The Windmills of Your Mind,” the Google homepage and subsequent search-result page both literally and figurative revolve around your screen. The spiral motion is dream-like, matching the tune and lyricism of the 1969 song that accompanies it. Because of the screen’s physical instability, one finds oneself literally chasing the search window and the text it produces, contorting in illogical fashion to “right” the equilibrium of the information. Words and results become less about their meaning, and situate the act of googling into a physiological awareness. The task becomes performative—monotonous and occasionally frustrating.

Ruin My Search History (2016), an online project sourced from an anonymous web-developer, is a facetious algorithm that guarantees its users a spot on their country’s watch list. The current age of surveillance has led many to fear even the most innocuous of Google searches. A simple search for the phrase “how to get away with murder” on the wrong server at the wrong moment could get you named a suspect, when in fact you’re a lover of the American television show. And paranoia is actually a privilege, pointing to the freedom to conduct such a web search. The hidden “gotcha” of the work, layered beneath the humor and self-righteous stances on privacy, is a meditation on access. The ability to have one’s searches “ruined” is born of the ability to search, and search without inhibition, in the first place. 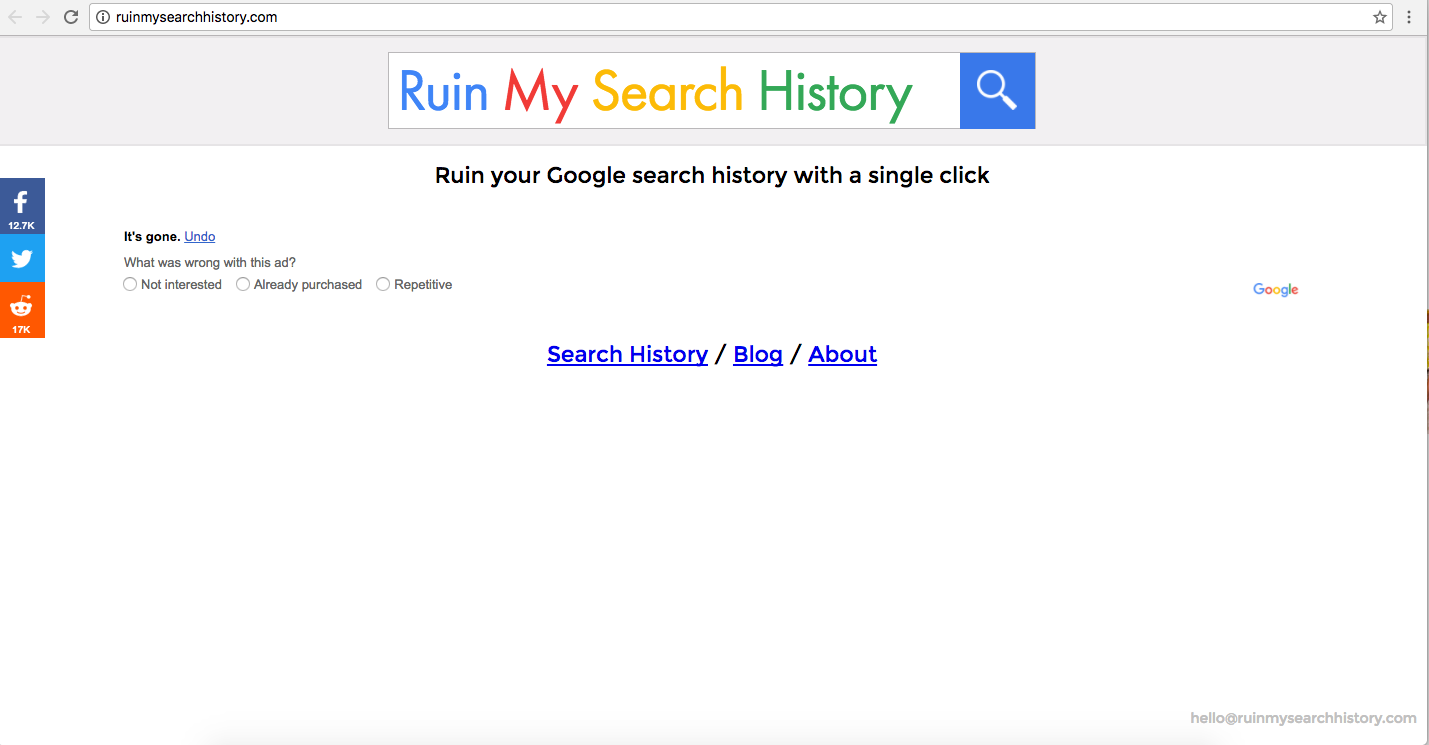 James Bridle’s Citizen Ex (2015) is a downloadable plug-in designed to make transparent the pathways through which information travels to and from our individual IP addresses. The information is being hosted by a sovereign nation with a very specific, lawfully designated citizenship. This citizenship, alongside the one designated to your computer, are in constant negotiation about the various information that is made available, stored, or passed on. Citizen Ex is a tool for making plain the political and capitalist slip-n-slide that is algorithmic belonging or residence.

The majority of the virtual exhibitions in Colomboscope were produced by male, European artists. For this reason, it bears mentioning the sole online project that stands otherwise, if only to a thin degree. Magic Realism Bot (2015) is a collaborative work developed by (writer and coder respectively) Chris and Ali Rodley of Sydney, Australia. The work originated as a Twitter account, but has been expanded to an independent website for the show. The bot in Magic Realism Bot autonomously authors short stories from an algorithm with basic understanding of English sentence structure. As an extension of the Twitter account, the website now allows viewers to see the virtual mixing and matching the computer performs when engineering a narrative. The results are text that raises questions about artificial intelligence and the schism between man and machine where it involves creative pursuit. Language is a frontier within which artificially maneuvered beings are becoming ceaselessly difficult to distinguish from organic ones. 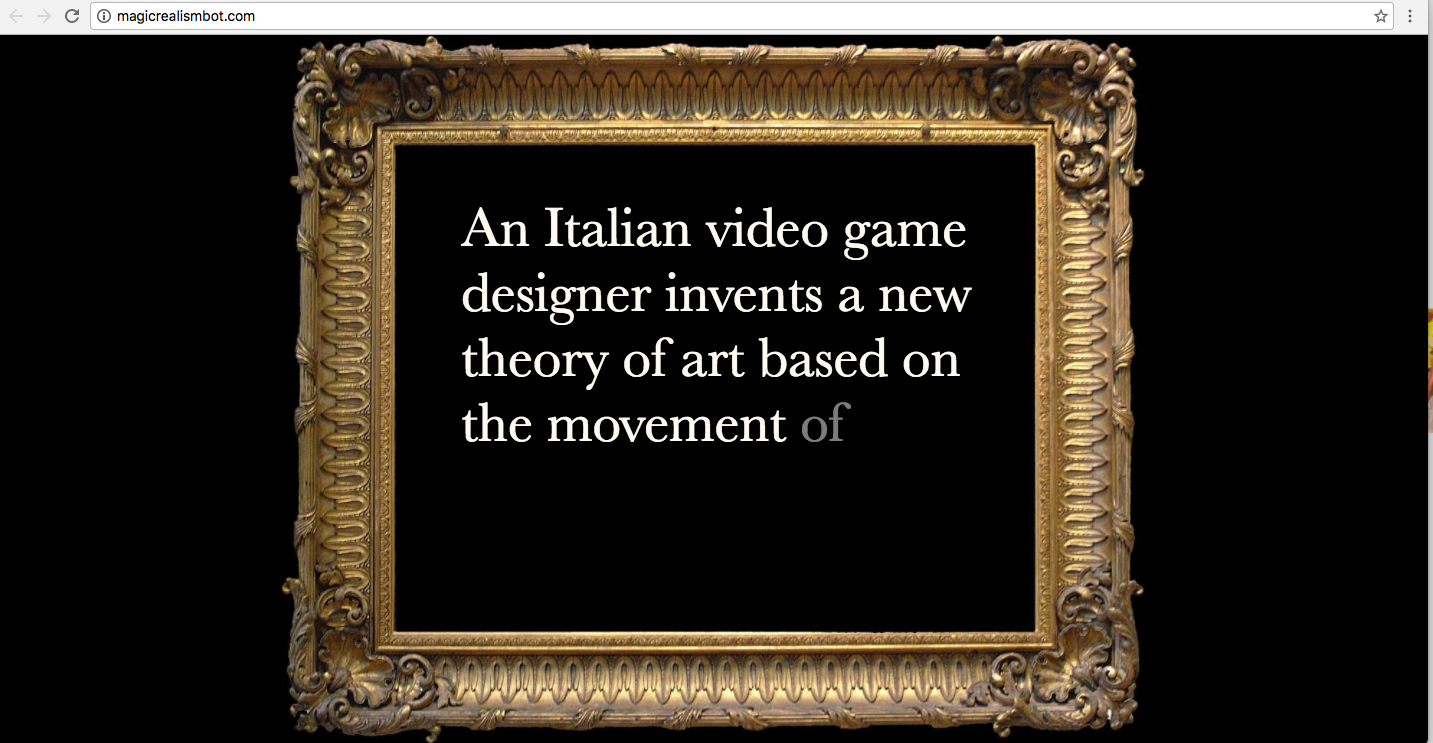 The lines drawn by the artists in the virtual exhibitions of Cinnamon Colomboscope are both connective and divisive. While highlighting the numerous measures contemporary technology has taken to remove boundaries from everyday physical, emotional, and nominal transactions, the boundlessness of the virtual world creates new territories where ethical laws of passage are poorly or yet to be written. The invited artists examined many of these tropes engagingly and critically. One can imagine how much more completely this criticism will be served with the inclusion of more voices from outside the heavily male, Western context.