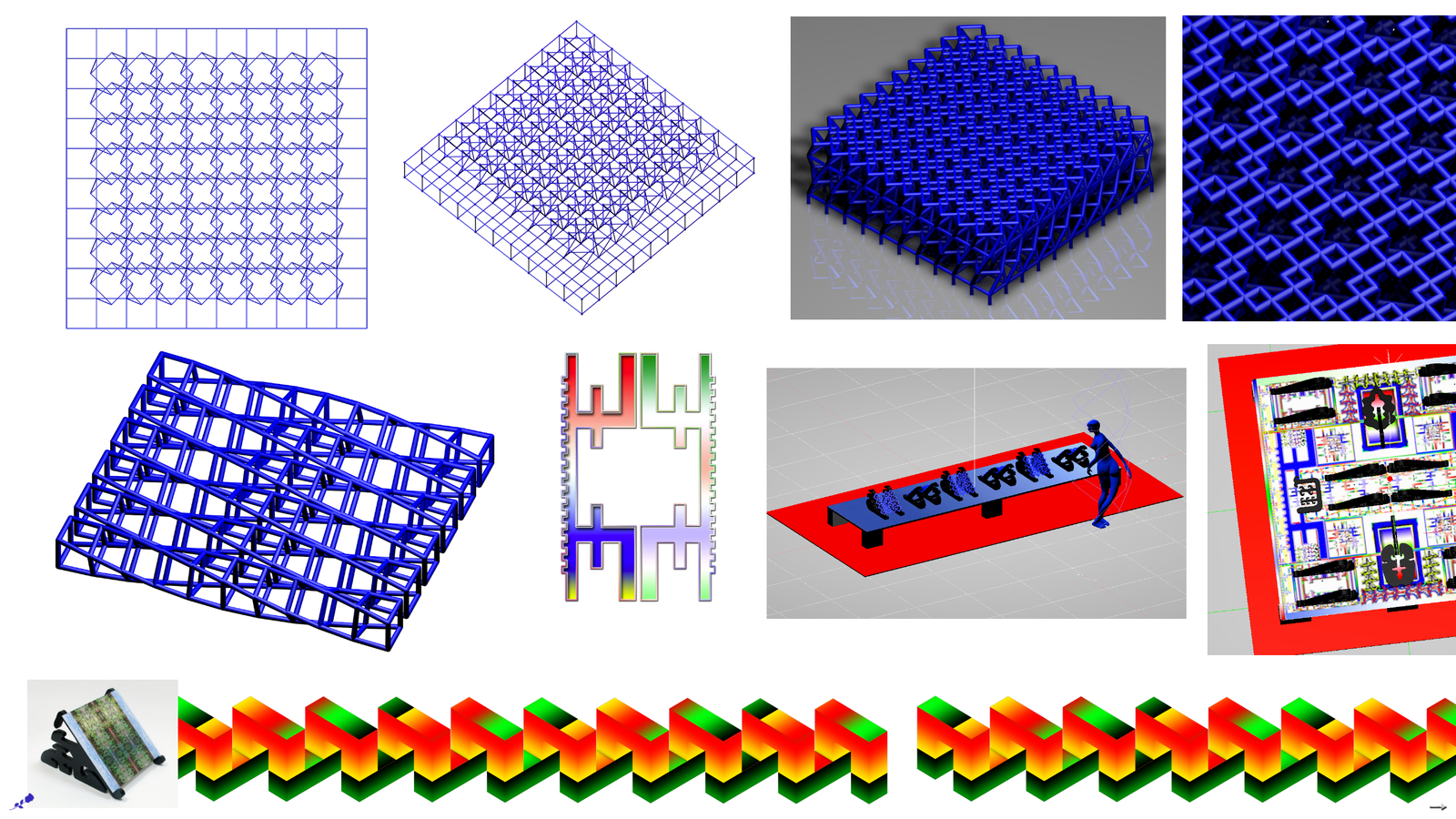 This is part of an ongoing series of reviews, edited by Orit Gat, which give critical attention to online artworks and exhibitions.

Rose was my great-grandmother’s name. In Buffalo, New York, during the 1910s, 20s, and 30s, she taught English as a second language to new immigrants. Adults and children, mostly fellow Jews. Her vocation was assimilation, and she is therefore embedded in her students’ new language and complicated identities. In this way, Rose is imprinted on the idea of an everywoman—at least a Jewish-American everywoman—in my mind.

For an obvious reason, my great-grandmother came to mind while perusing the online exhibition “, Rose.” But it was her role in the formation of a new cultural identity, and the nuanced ability of language to render the self porous to its external context, that elucidated the show’s investigation of the internet—and its inherent contradiction between rapid ephemerality and permanent repository—and its paradoxically homogenizing and fracturing effects on the self. “, Rose” is guest-organized by London-based curator Valentina Fois and hosted by Upfor, a Portland, Oregon–based gallery that stages exhibitions for both its physical and digital platforms. It presents Morehshin Allahyari, Leah Beeferman, Kate Durbin, Faith Holland, Kimmo Modig, Brenna Murphy, and Megan Snowe, all artists who use networked technologies in their work. While the conceit links the artists via a general definition of persona, we are nonetheless plunged into each artist’s world. 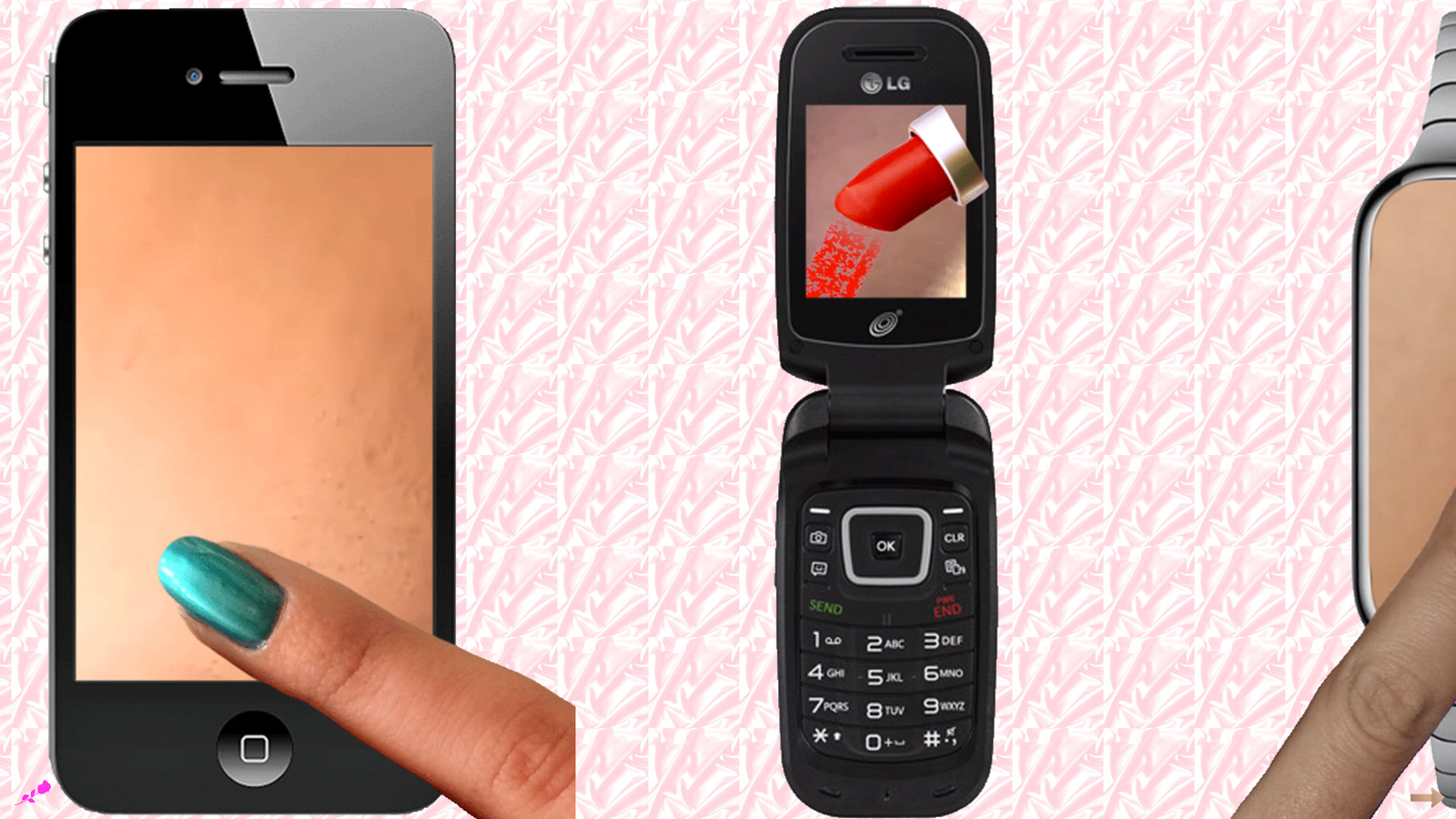 A series of texts commissioned from Modig literally personifies the show’s ethos, accompanying and occasionally responding to the other artists’ work. Accessible by clicking a silhouette of a rose in the bottom-left corner of the screen, they read like the one-sided dialog of a flirtatious chatbot—seeming like the voice of “Rose” itself. Written in SMS shorthand, they are quick and heady, often turning big existential questions into punchlines with just a few lines. The section paired with Beeferman reads: “but like just looking at something / like a landscape and thinking do i have anything left to insert & / is that imposing / gee landscapes make me excuse myself / escape from ’scape.” The pun at the end renders the chatbot’s dreadful placelessness sympathetic, at the same time seeming self-aware of the projections her disembodied state invites from us viewers. Yet, no matter how intimate, her language remains ambiguous. The passage accompanying Allahyari is a coquettish cat-and-mouse game: though double-entendres instill a fleeting blush, it instantly sours into creepiness, leading us to doubt the identity of the person, or program, on the other side. 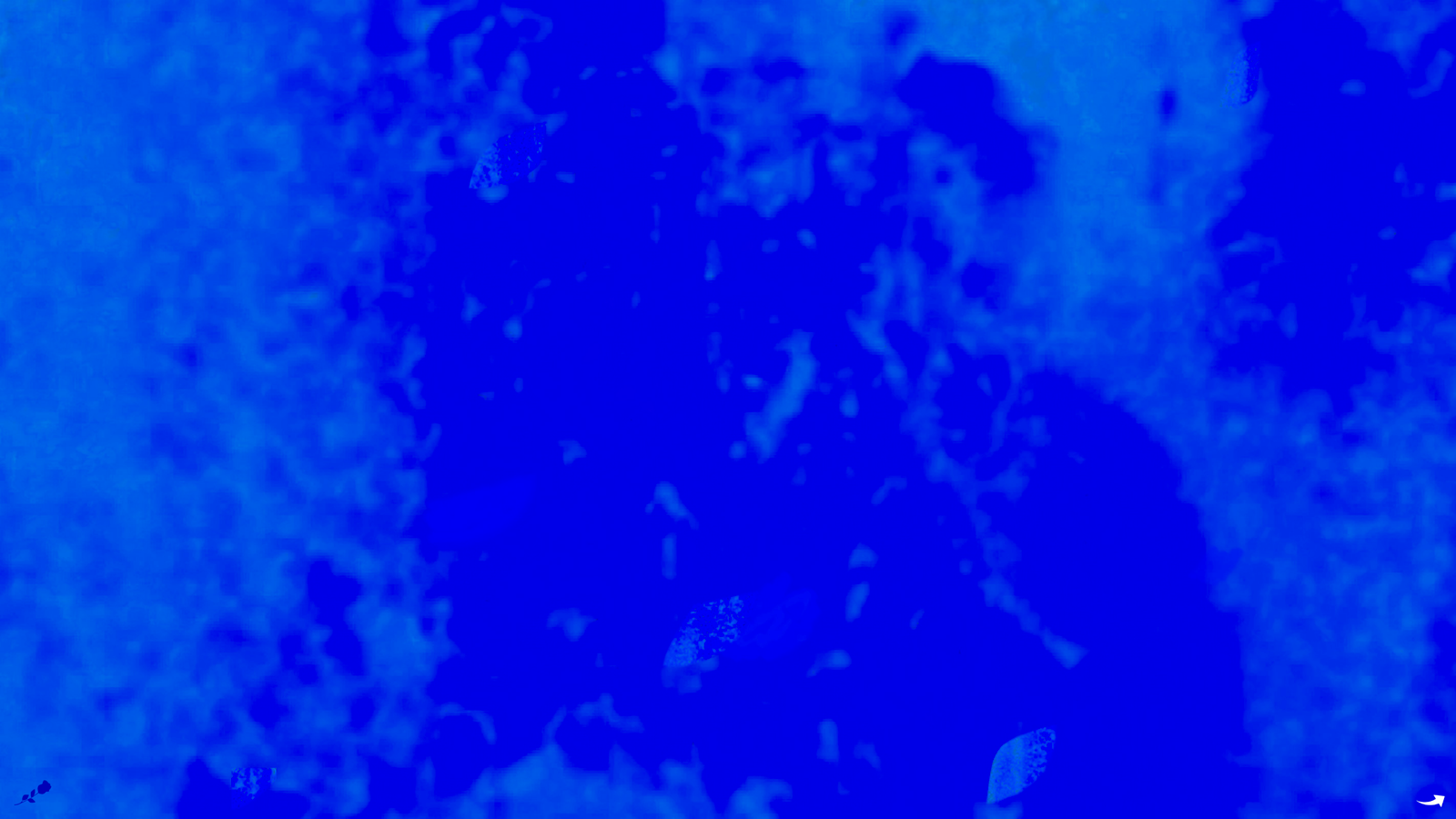 “maps are the only thing i can T.R.U.S.T...is it like a pavlov’s dog thing?” asks Rose, questioning the veracity of images, graphics and diagrams, and, in effect, her own conversational formality. Our unreliable narrator’s question is a response to Murphy’s project, which inaugurates the show with a series of production stills and digital tapestries. From a fractal-like grid, she develops involuted glyphs and architectures with impossible geometries. Their aesthetic harkens on industrial design and complex Mosque mosaics, lending a spiritual potential to her world-modelling technologies. As the narrative unfolds, the symbols cohere into a sculptural installation. A nude woman cartoonishly contorts herself to view the work, and by the last frame, she stands within the installation, triplicated, her three bodies winding upon themselves like a rope. Her posture is yielding, and expression beatifically blank—she’s our proxy in a parable about spectatorship, and the ecstasy of submitting our identity to the digital imaginary.

Now cut to Durbin, who leads a group of shirtless men through a generic downtown shopping center in her video, Hello Selfie Men (2016). They take and post selfies, and, toward the end, Durbin photographs the event, looks at the camera, and gives us a lascivious grin. Now cut to Beeferman’s abstract cloudscapes. A melancholic soundtrack plays while the idyllic images alternate with monochromatic slides in chroma key blue. It’s brief, but equally warm and claustrophobic; an homage to structuralist filmmaking, it dismantles images, simultaneously revealing deconstruction as inseparable from the beholder’s mood. Now cut again to Allayhari’s 3D-rendered sculpture, which mashes together a wifi router, an AK-47, a rat wearing a tie, and Homer Simpson, among other objects. A design sharing platform (think google docs for 3D renderings) allows us to scrutinize the enigmatic sculpture on all sides, though we go deeper into the labyrinthine archives of readymade Sketchup models from which the collage was seemingly derived. And now cut to Snowe, who recounts a breakup with an academic slideshow. Conversations appear alongside omniscient descriptions of them, as well as quotes from Roland Barthes’s A Lover’s Discourse and other bits of text. As each slide slowly dissolves, the language is extinguished, no longer of value when it doesn’t promise connection. 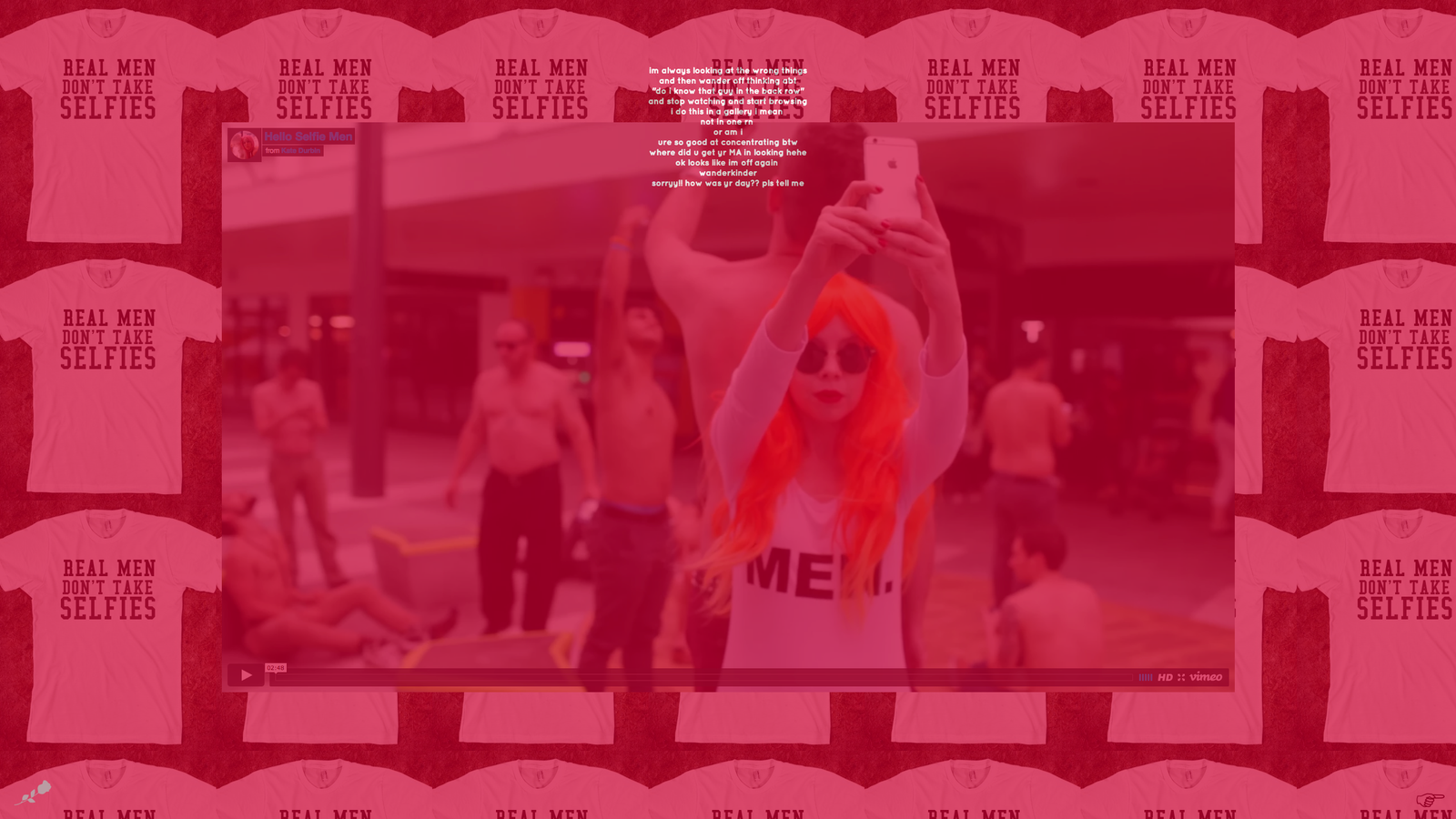 Kimmo Modig and Kate Durbin. Courtesy of the artists and Upfor.

Presented sequentially, “, Rose” traces networked technologies +/- influence on the self, as varied, and specific to each artist. When its simple structure seems to sequester one project from another, however, it errs, too easily resembling a list of examples for a rambling thesis. At least until we reach the end: Faith Holland’s campy collection of slapstick animated gifs. She’s replaced the screens of smart devices with splotchy details of skin, and manicured fingers pinch at them, lipstick tubes streak across them, and tears (or sweat) plop on them—ad absurdum. Throughout “, Rose,” artworks and identities intermingle, mirroring a prevailing confusion of the self and the platforms through which it communicates. The show assimilates Upfor’s Portland gallery into the digital, and Modig’s voice assumes the role of the architectural and social identity of its physical space—it perhaps best embodies the gains and losses of learning a new language, and the paradox of an identity inextricable from a user-driven language. Yet, to more comic ends, Holland’s anticlimactic work is a hilarious reminder of our bodies’ embarrassing and clumsy entanglement with technology. At least for now, we’ll be scratching, pulling, clawing at our devices like fools, trying to find that picture of ourselves again. 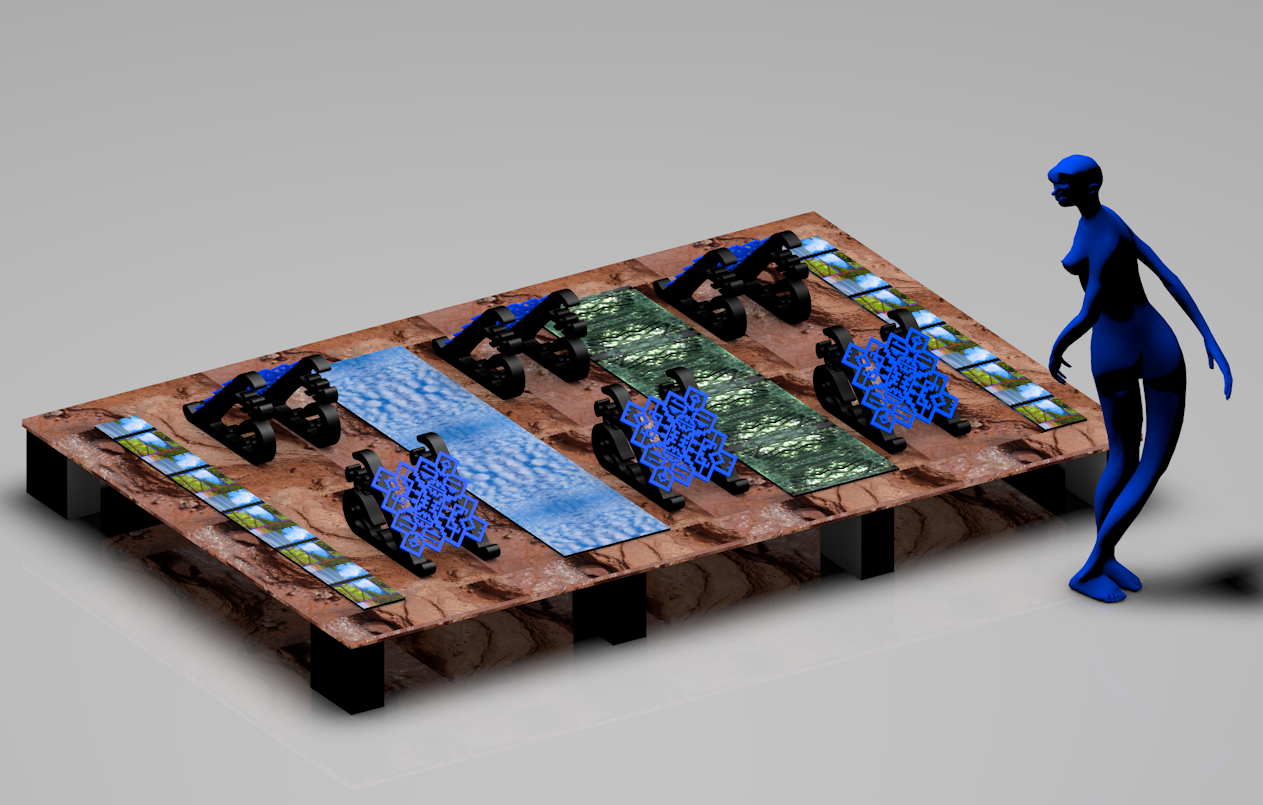 Brenna Murphy. Courtesy of the artist and Upfor.

Header Image: Brenna Murphy. Courtesy of the artist and Upfor.