Today, we're pleased to announced the five 2015 Net Art Microgrant awardees, who will each recieve $500 to create new works. 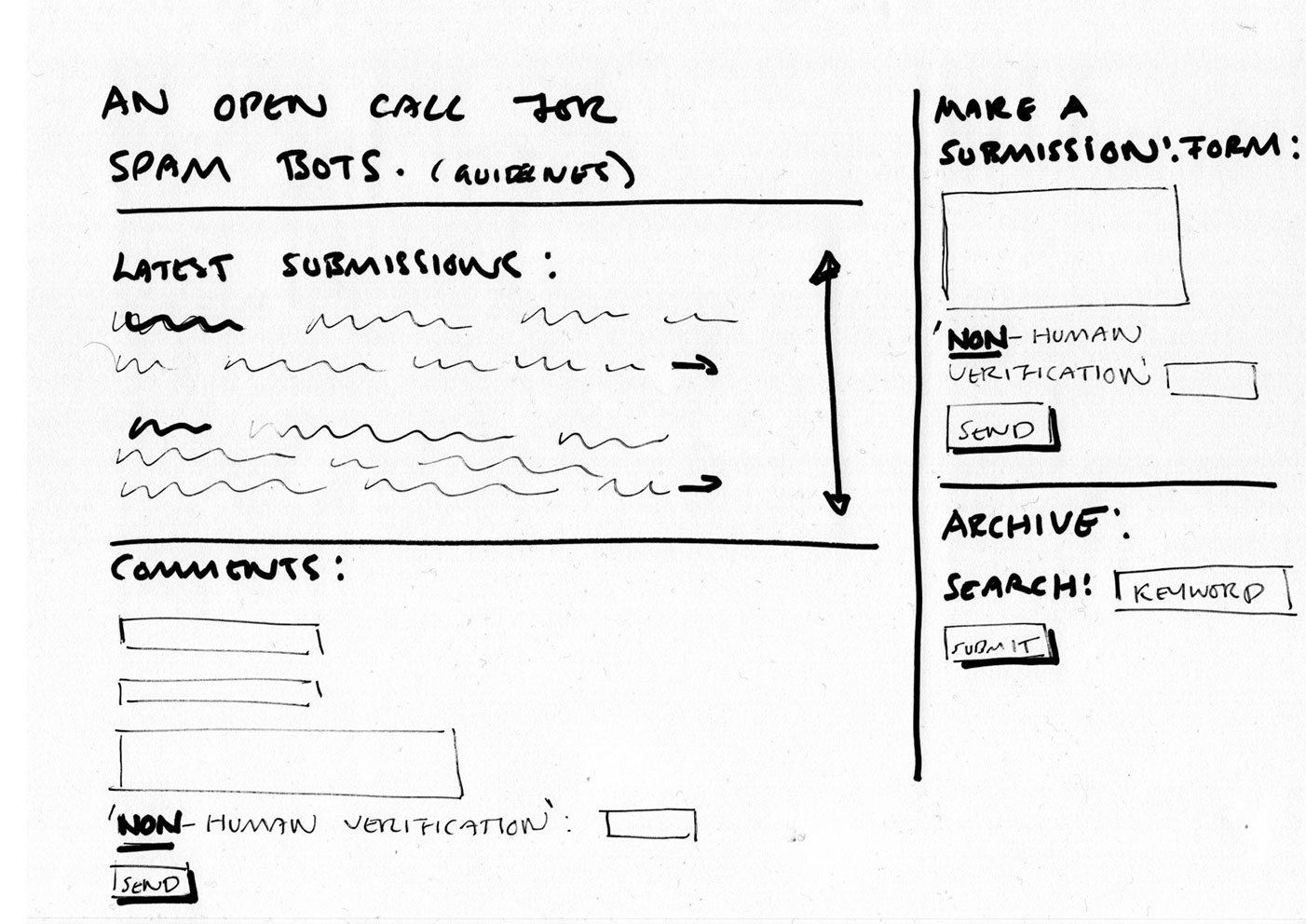 The textual content posted by spam bots in online contact and comment forms throughout the web is not without artistic merit. A spam bot’s use of imaginatively strung together keywords, phrases and ambiguous sentences aimed at manipulating the decision making processes of other web crawling and indexing bots can often include content which reflects current news, events and trends, which in turn generates new and unexpected narratives. An Open Call for Spam Bots would be an online depository for this content, as well as a self-perpetuating, auto-generated piece of net art based on the spam bots' submissions. Spam bots would be attracted to and encouraged to participate in this open call for their work via a specifically designed web application that would purposely ignore the basic and conventional measures normally used to discourage and prevent them, thus providing them with an open platform to express themselves. 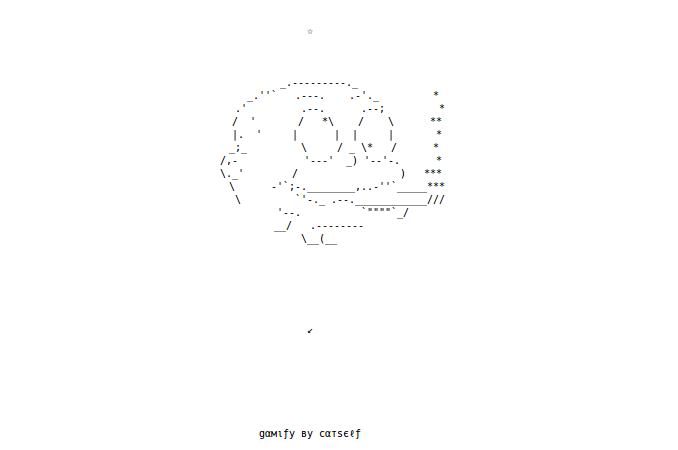 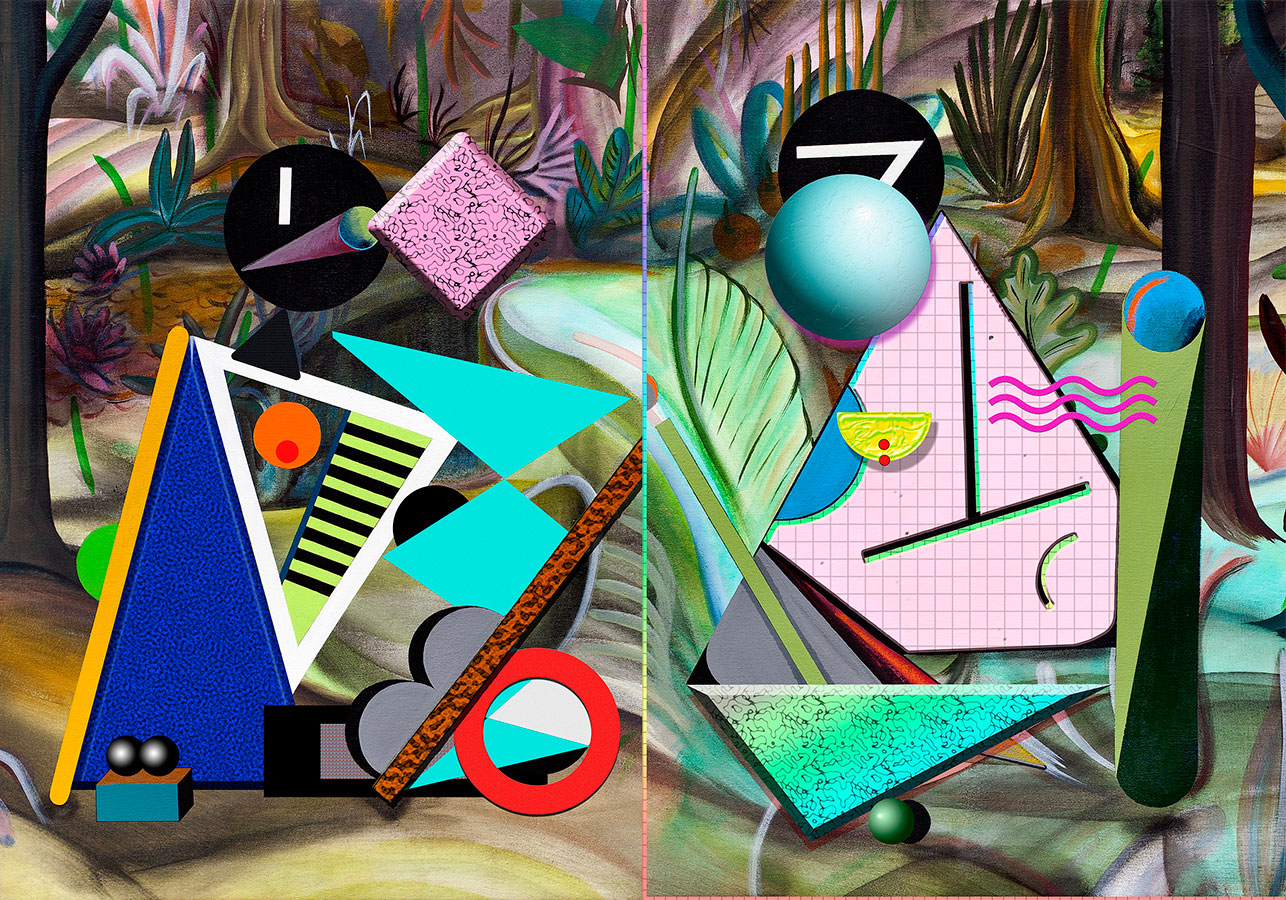 PSO is a digital bio-system based on geometry and sex. From my pictorial work, PSO is the live manifestation on the web: mutant geometric figures inhabit a jungle-digitalscape. These entities live in harmony. When they find each other, they exchange figures and shapes, so when separated each is visually transformed by the encounter. It's a genetic algorithm related to feminist theory and technoscience from Donna Haraway and the biologist Lynn Margulis. It's a geometric representation of a non-Darwinian artificial life. As a painter, geometry is the best tool to represent and investigate a trans-human utopia, where the gender theories can be applied to the pictorial language and find new ways of experimenting with the visual world. #expanded_painting #queer_feminism #sexy_metaphysic #abstract_porn #pos_porn #green_cube I apply for the grant to develop the algorithm along with the programming artist Mariana Lombard. 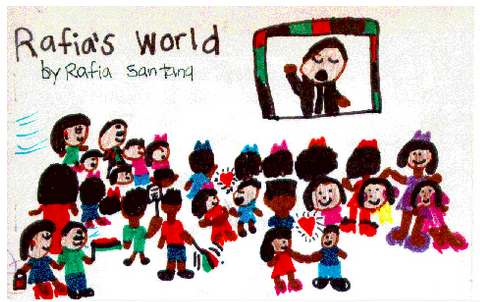 "When I grow up I want to be a artist and draw beautiful paintings because I like to draw pictures of things. I believe in me that I could do anything." - RAFiA, 1997. My mother, an artist and archivist, has always encouraged me to date and save my creations. Recently I discovered a stack of composition notebooks in our dining room closet. They contain my childhood drawings, journal entries, and classwork assignments that span from 1992 to the early 2000s (I was born in 1990). With the Rhizome microgrant I will digitize these works and publish them as an interactive archival experience called RAFiA's WORLD. Viewers will be able to click through the chronologically ordered images and explore my development as an artist and human being pre-adolescence. The archive will be hosted on its own site but will also be accessible via Tumblr, Instagram, and Facebook. 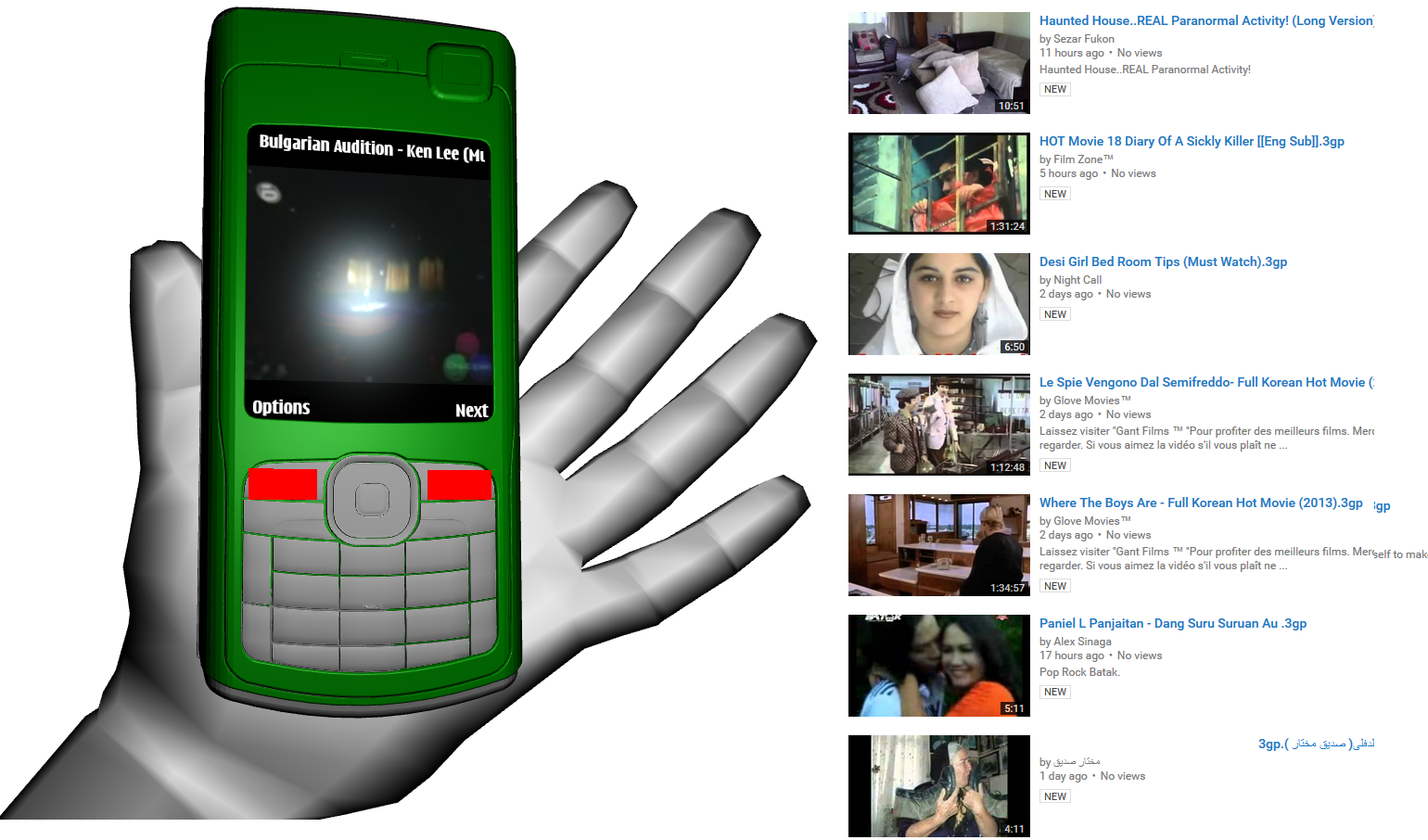 .3gp is a largely extinct file container that was most popular during the first wave of video-playing mobile phones (the days of RAZRs and Nokia N70s). A search on YouTube for the format returns an exceptionally random mixture of content from all corners of the world; candid home videos, viral softcore pornography and dubbed movie trailers all filtered through the ice cold lens of early 00s compression technology. I would like to create a site that acts as a viewing platform/'TV channel' dedicated to the format, using the Youtube API to select and play videos at random in an interactive 3D environment.

The Rhizome Commissions program is supported by the Jerome Foundation, with additional support from the National Endowment for the Arts and the Andy Warhol Foundation for the Visual Arts.