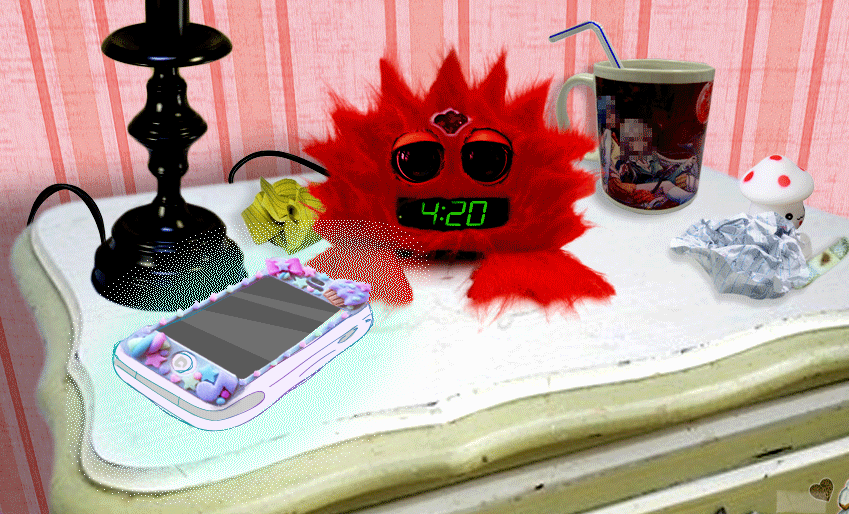 Last year, Rhizome awarded a $500 microgrant to Lena NW and Costcodreamgurl to create a game "that parodies celebrity status games (i.e. Kim Kardashian: Hollywood... but focuses on the concept of becoming an internet celebrity via social media." Their game is now here, and it carries with it one hell of a trigger warning: "graphic sexual violence, cultural appropriation, scat, bestiality, feminism, patriarchy, sexualization of school shooters, inconsistant use of fonts." Click here to play.

From the artists' statement:

Viral is a browser game that conceptualizes becoming an internet celebrity while examining how performance, narcissism, nihilism, exploitation, self-commodification and identity construction manifest on social media. During gameplay, players interact with parodies of social media applications that have been reimagined as games, to work towards the ultimate goal of becoming internet famous at all costs. There is no immediately apparent objective in the game to simulate aimlessly wasting time on social media. Staples of Internet culture, like memes, snuff media, shock sites, naked picture leaks, cyber-bullying and pornography are remixed and collaged. Viral references the general desensitization that characterizes Millennial, likely a response to the aberrant, bizarre and extreme content the internet has made accessible to Millennial since adolescence.

Both the creators, Lena NW and Costcodreamgurl took initial inspiration for Viral from their experience as children getting banned from Neopets.com (a virtual pets website for kids founded in 1999) for attempting cyber sex on their forums. Furries, or anthropomorphic sexualized animals are recurrent characters that reference concepts of malleable identity and anonymity online, while simultaneously commenting on the tendency for humans to sexualize everything. Lena and Costcodreamgurl wanted to make a game that represented the culture they are from; Millennial internet culture. The culture of being a child and feeding your cute virtual pets, then a few clicks later, watching hardcore pornography. The culture of being a preteen admiring scene queens on MySpace and valuing "likes" and "friends" as though they were a type of currency. The culture of clicking seemingly innocent links and being confronted with an image of a gaping anus without any warning. Viral deliberately remixes ethically dubious content to become self-referential about the way controversy translates into monetization online; it doesn’t matter what people are saying about you, generate sensationalist click-bait and you will capitalize on the quantity of your viewership. The game is created in the spirit of the internet troll, who seeks to disrupt others and violate community standards, while preserving their anonymity