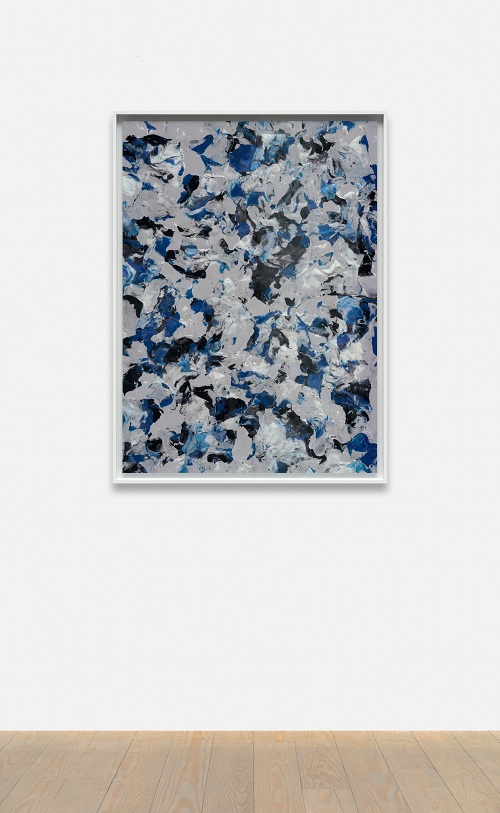 Travess Smalley's Composition in Clay 35.7 was part of Rhizome's Paddle 8 auction, and is on the front page of Rhizome.org through Monday.

"I think of the home office as the studio," Travess Smalley contends, an interest which is reflected in his use of the flatbed scanner as image-making tool and sculptural object. This embrace of the basics of domestic computing culture speaks to the interests of the "surf club" generation of artists, who in the mid- to late-aughts used group blogs (Smalley was a member of one called Loshadka) to make conversational, collaborative net art out of memes, links, and the semiotics of the web.

And yet Smalley's process of layering clay on the scanner bed, scanning the composition, and digitally altering the result to create a photographic print (as in the piece at auction), results in works relating as much to digital culture as to pop art (think, Jasper Johns), contemporary process abstraction (Gerhard Richter), and early photographic experimentation (Henry Fox Talbot's impressions).

This is the second year of Rhizome's benefit auction, which brings together a small selection of works that we passionately believe in. 50% of net revenues will go to support Rhizome's program, and 50% to the artists themselves.