This essay was written in conjunction with the exhibition "Witchcraft," which opened February 19th, 2015 at Initial Gallery in Vancouver. "Witchcraft" features the work of Laura Brothers, Brenna Murphy, Krist Wood, and Sara Ludy. The show—along with this essay—considers personal mythology, craftsmanship and spiritual inquiry as entry points to these artists' practices. "In a contemporary artistic landscape focused on self-branding strategies and social media legibility," curator Nicolas Sassoon argues, "these four artists appear as valuable voices bringing a poetic breadth to what it means to engage artistically with computer technology and the internet." This essay accompanies the exhibition, elaborating on these ideas through the lens of Sassoon's personal experience. 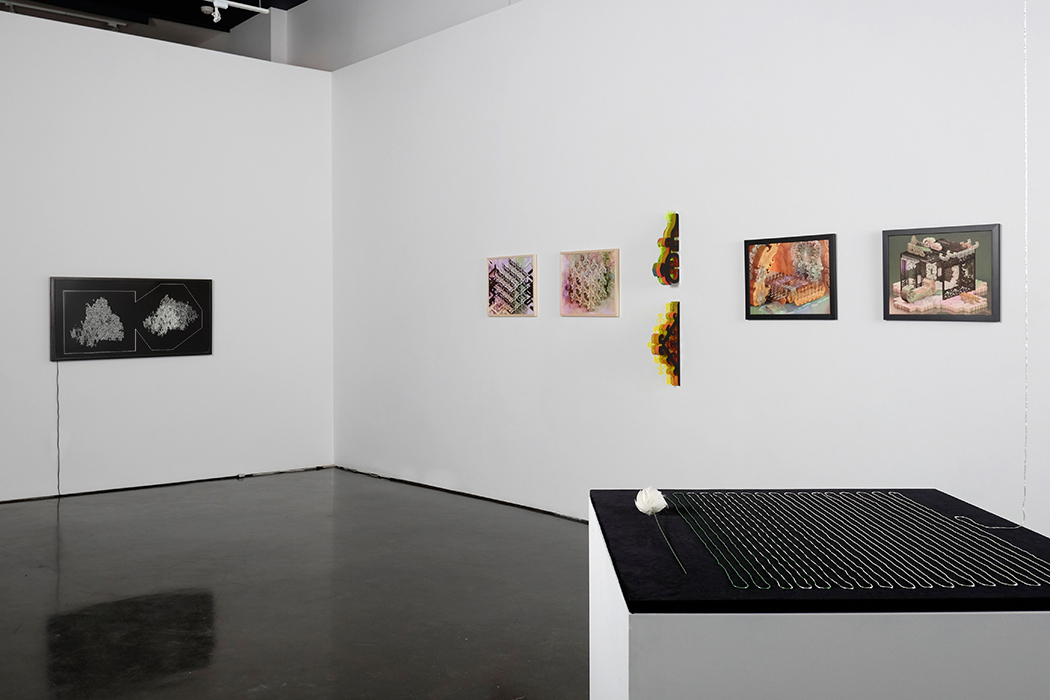 "Computing has always been personal. By this I mean that if you weren't intensely involved in it, sometimes with every fiber in your body, you weren't doing computers, you were just a user."

At the end of 2008, my awareness of net-based practices was almost nonexistent. I had just moved to Vancouver from France and finished creating my first blog as a distraction from solitude. My engagement with online communities was limited to searching forums to modify the HTML of my blog posts. Still, earlier in the year, I had come across the work of Laura Brothers. After browsing Laura's website extensively, I started a conversation with her via emails and animated GIFs. This conversation led to my involvement in Computers Club, along with the discovery of many artists active within and around that platform at the time.

In 2008, Computers Club was a unique collective of internet personas, particularly committed to shaping the intricacies of their online space. A few years ago, in an Artist Profile for Rhizome, co-founder Krist Wood gave a minimal definition of the online collective—"a set of identities that derive from computer users." Many of these identities had accumulated seemingly endless content across multiple websites while revealing little to nothing in the way of personally identifiable information. The collective's website acted as a central station—mysterious about its inner workings—where  the navigation of this content would start. The accumulation of works from each artist delineated the backgrounds of enigmatic characters, modeling personal mythologies through visual vernaculars and experimentations. Between 2008 and 2011, I encountered through this platform the work of Laura Brothers, Sara Ludy, Krist Wood, and Brenna Murphy. Their collection of online works was constantly updated, bringing weekly developments to their digital territories and increasing the frequency of my visits.

These four artists have all developed significant works online, works which can remain complex to decipher even after a close examination. Beyond this common detachment from legibility, a couple of other factors appear collective to their practice. One is a belief in publishing digital works online as a significant and complete gesture, without the need for a gallery. The other has to do with a singular application of computer technology in one's life: How does an artist engaging with such tools develop a digital practice resisting artistic conventions? How do these spontaneous, personal uses of technology bring about singular developments in art?

After browsing Krist Wood's website following my introduction to his work, my understanding of the implications behind a personal website changed dramatically. Wood's website offers an almost purely visual environment where navigation and meaning are certainly not given. Projects like Mausoleum I and Mausoleum II invite one to explore full-screen natural landscapes outwardly frozen in a dream-like state. The user has to click through each image to access the next, creating a sensation of movement as a new page loads. If one can manage to locate the clickable areas, they may encounter architectural structures where the difficulties of navigation expand to finally uncover spectral digital relics; screenshots of old web pages placed in shrine-like settings. Proceeding through such web space is often akin to hovering amidst the ethereal structures of an individual's mind. It demands time and effort to comprehend the navigation, but the experience is always fulfilling. Through Wood's work, my understanding of a personal website went from the making of an optimized "easy-browsing" promotional platform to the construction of an uncompromising extension of online self; to develop particular facets of personal mythology in their most intricate convolutions. 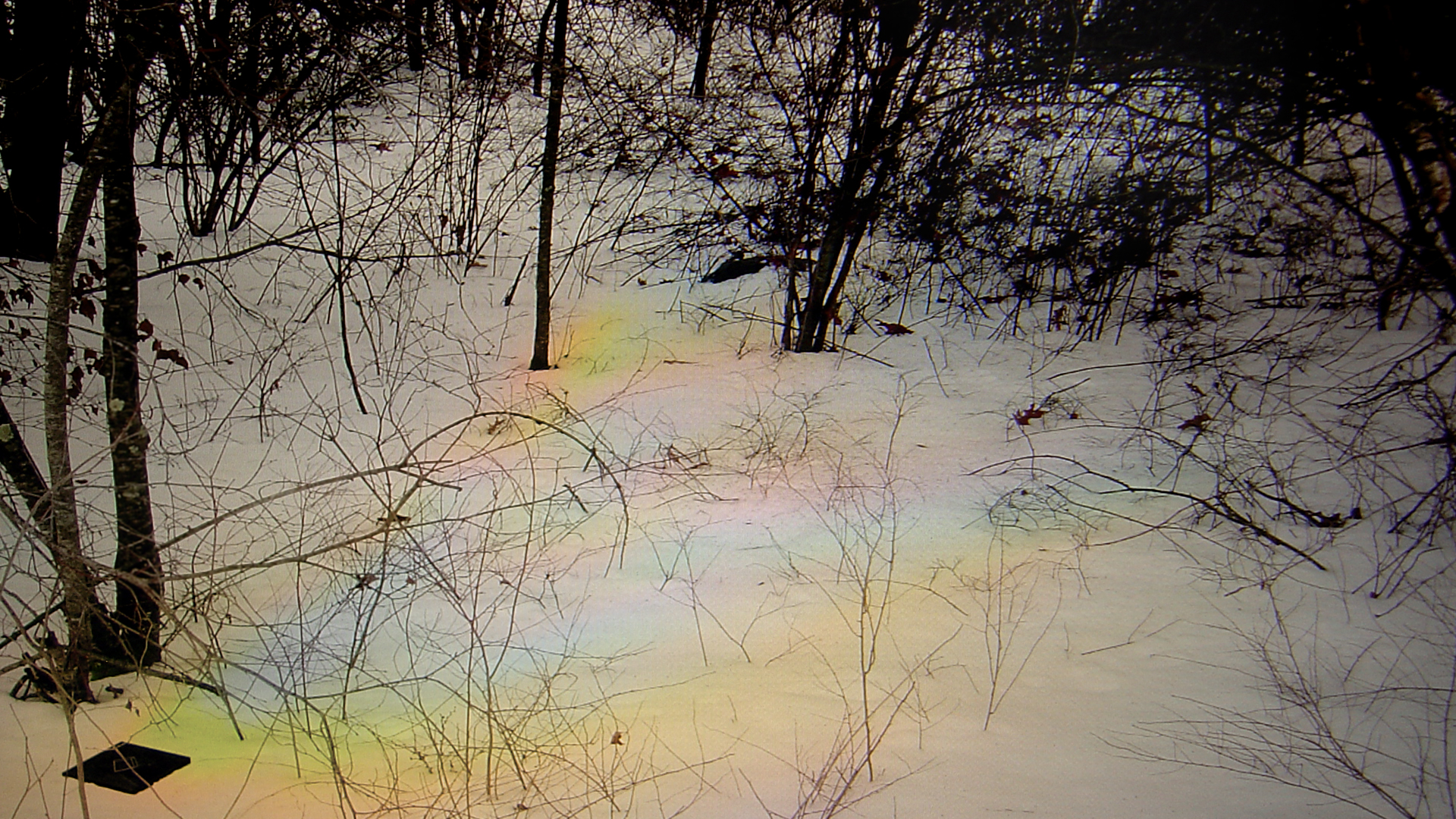 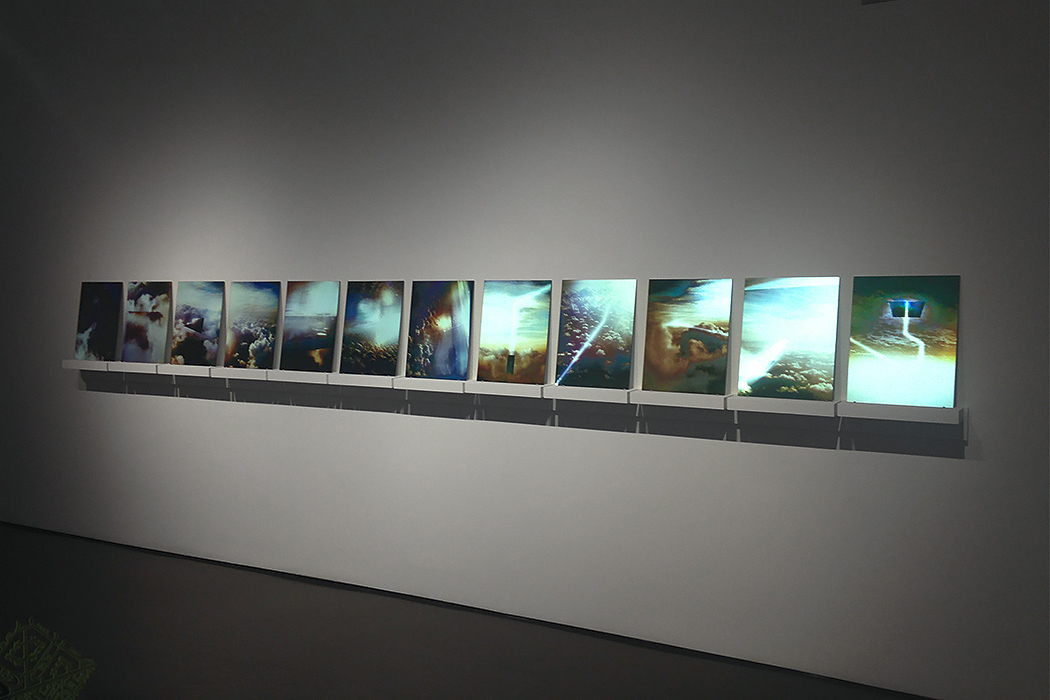 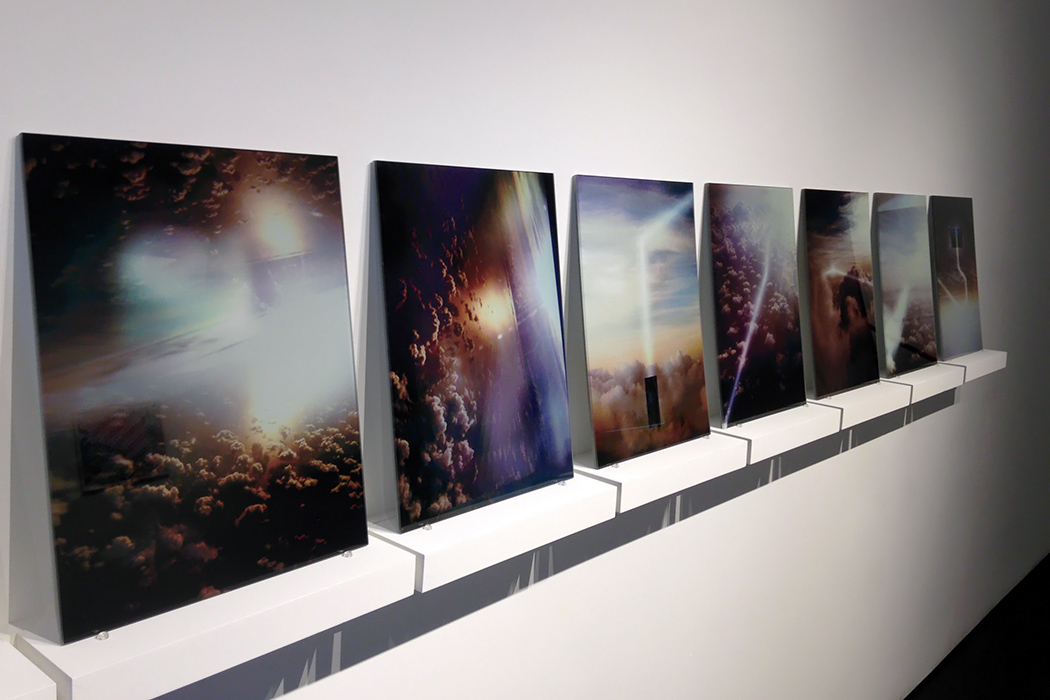 Wood's online presence developed under unusual circumstances; it was created while pursuing a scientific career, maintaining relative anonymity and resisting academic legibility as an artist. Achieving such web presence remains a challenge, even more so when considering the technical difficulties of contemporary digital image making. The vast majority of computer imaging tools available today have become ubiquitous; everyone is given (almost) the same rake and sandbox to play with. On the individual scale, many productions made with these programs end up alike and transient, because while being omnipresent the tools are also complex and ever changing. They come with their own paradigms of production, and everyone gets to experience the joys of the same Photoshop lens flare. Given this context, it seems fair to wonder what's left for artists who want to develop a unique and thorough voice without hiring a Hollywood CG crew.

When I first came across Laura Brothers' livejournal, I felt that it offered another response to this problem, rooted in questions of form and technique. Brothers' work answers a complex question—context—with a simple answer: context. Her work is created on a computer screen, and develops visual characteristics inherent to computer screens. Most of the work is activated through scrolling, revealing optical qualities through motion. Her drawings emulate early computer graphics far beyond their historical connotations; highlighting their formal qualities to form a visual terminology of shapes repeated through series. Within each series we observe figures, eyes, gloves, and obscure shapes organized through an acute sense of composition and abstraction, and through the repetition, each element slowly consolidates a cohesive menagerie of signs. Brothers' work is a sequence of visual experiments enabling the development of a strong artistic identity. Browsing the blog archives brings the satisfaction of recounting one research leading to the next through the force of accumulation. Producing such a singular body of work through digital tools requires commitment; it is an ability that unfolds slowly against the immediacy of current software's inclinations. 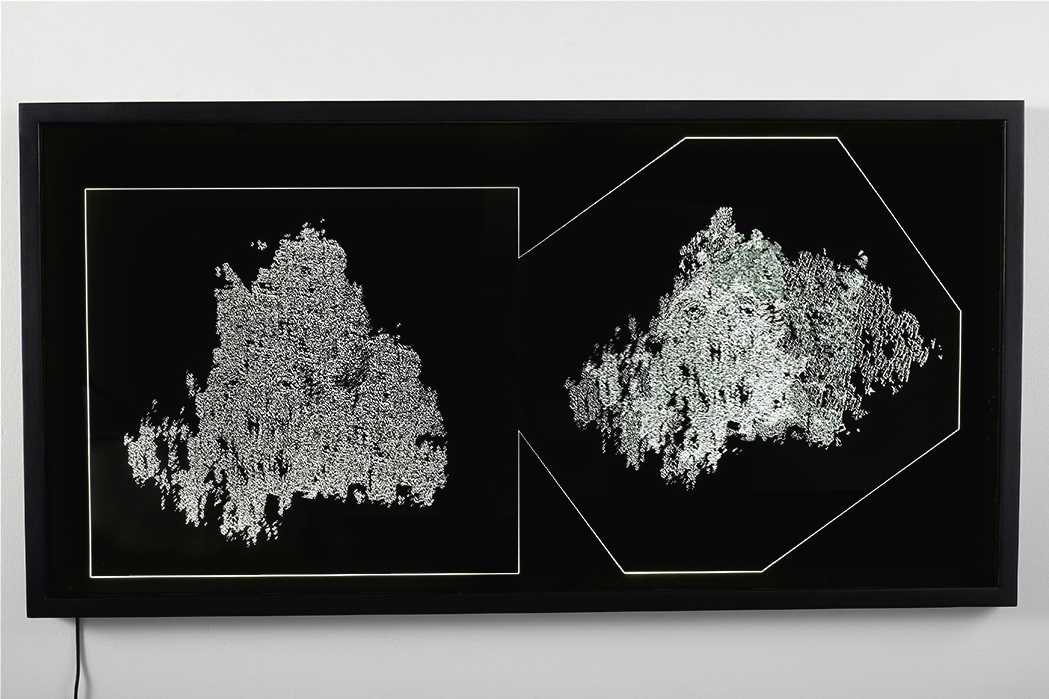 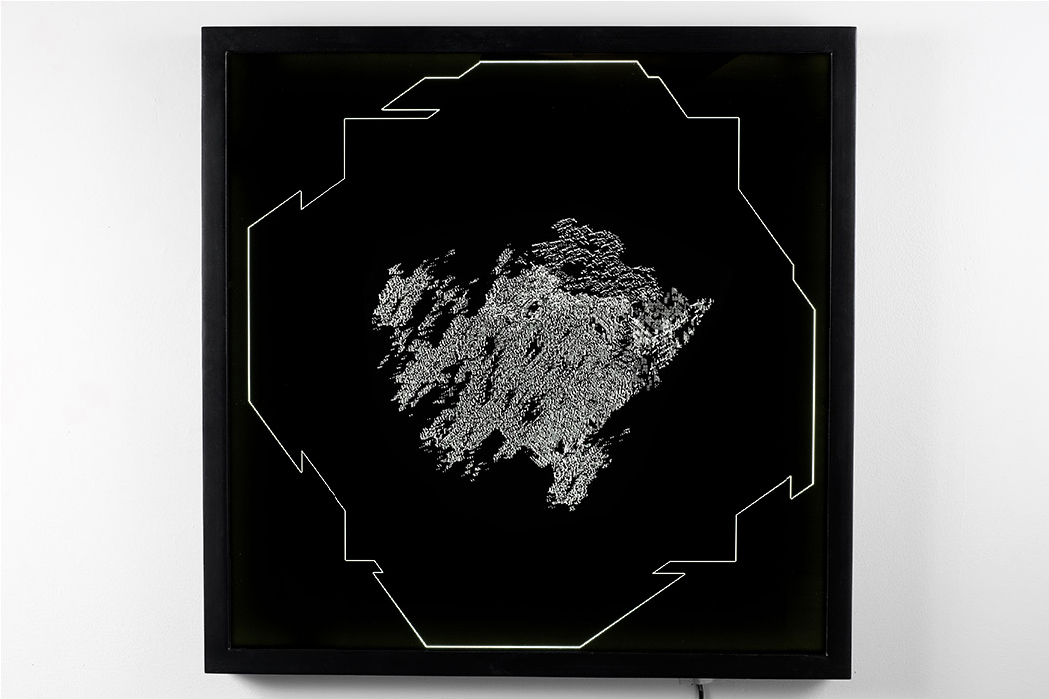 When Sara Ludy worked as an interior designer and resident VJ in Los Angeles, she was nurturing personal projects that were informed by both of her jobs. The knowledge acquired in each field became essential to Ludy's art practice to relocate professional skills within the context of her own objectives—an ambition for the design of human space and a unique approach toward the incorporeal properties behind domestic architectures and objects. Ludy began to produce uncanny environments that extended professional assignments into her personal practice: digital frescos of otherworldly interiors, videos depicting the human body within complex geometric structures. Shortly after, Ludy undertook to dig deeper into the spiritual significance of architecture and artifacts from various cultures through online documentation and visits to historical sites. This research led to current projects like Dream House, where Ludy renders the oneiric architecture of a recurring lucid dream in precise detail. The most recent iteration of this approach resides in her project Rose, where Ludy employs laborious craft and 3D modeling to project the aura of a mass-produced object, suggesting a poetic relationship between a digital and physical body. 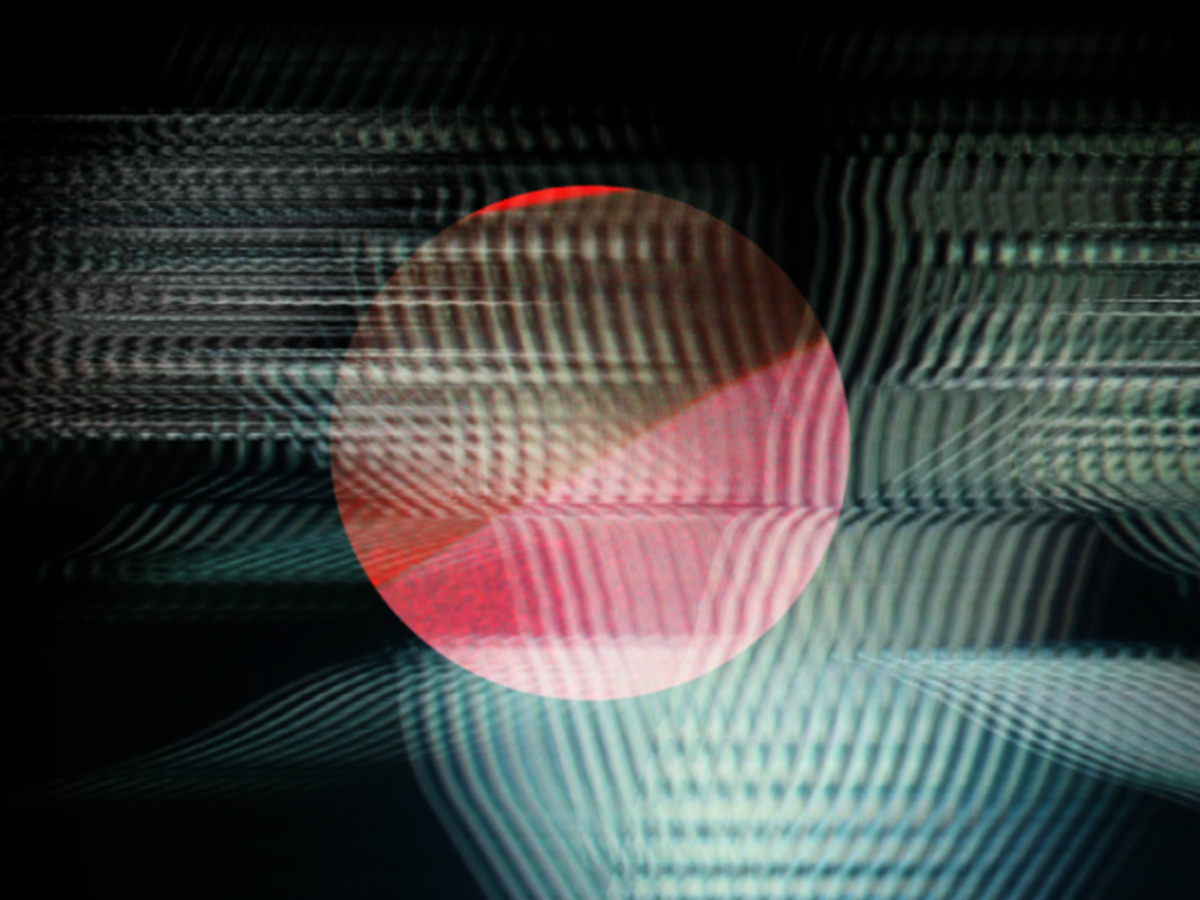 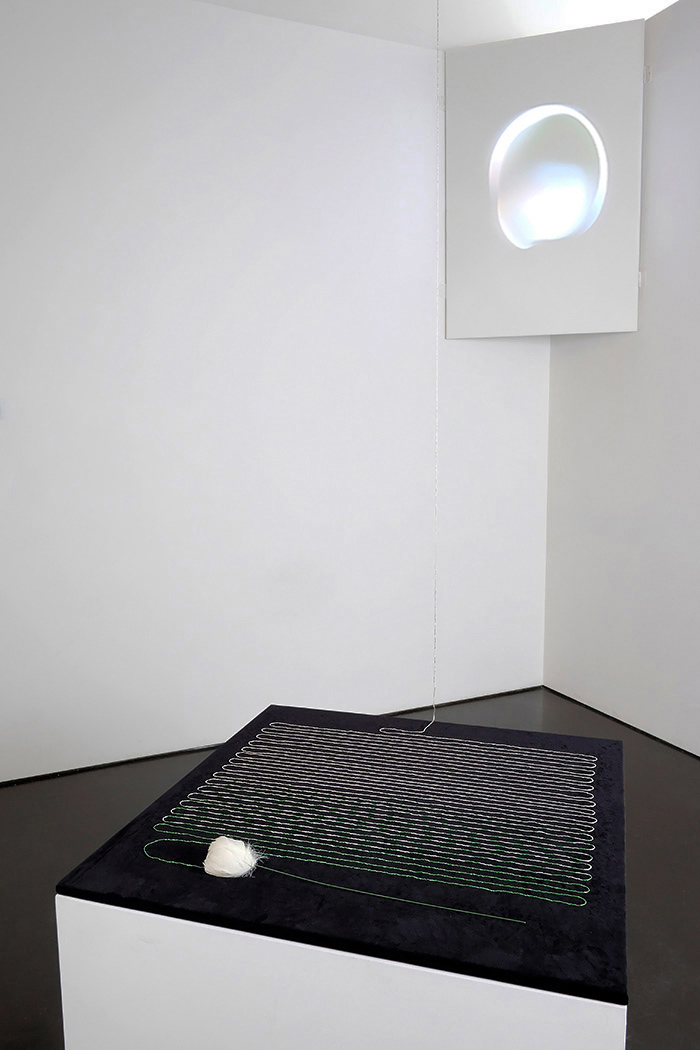 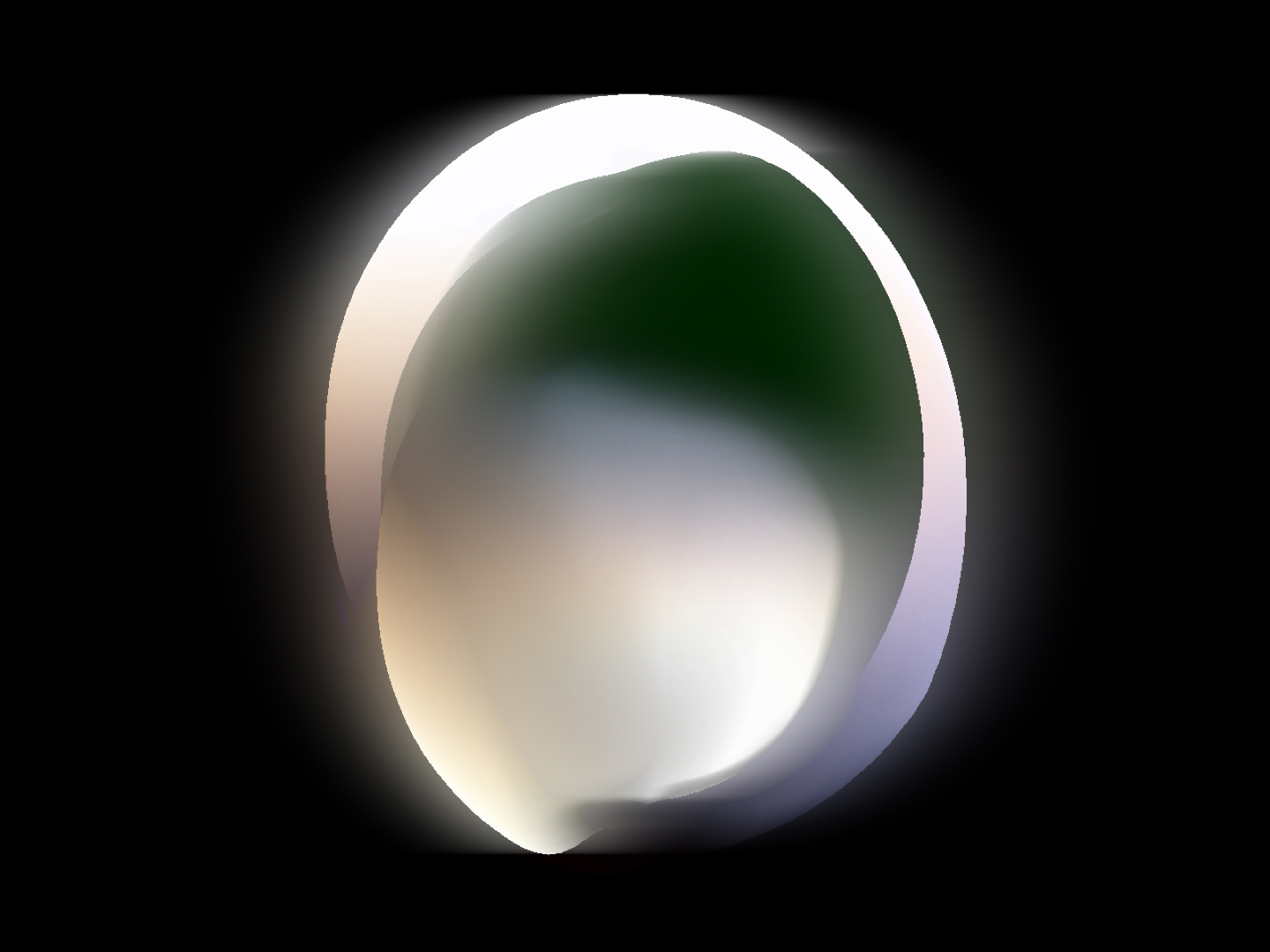 "For me, graphics programs are spiritual tools that allow one to psychedelically engage with the fabric of reality. I'm deeply committed to pushing the innovative possibilities inherent in these contemporary folk art tools." This statement by Brenna Murphy defines her practice as a spiritual enterprise. Part of Murphy's work begins with simple hand-drawn forms which are manifested on her computer screen as vectors and extruded shapes. The shapes are then given digital textures; their number and diversity increases exponentially to rapidly form endless maze-like structures. The scale of this meditative repetition within her work becomes perceptible when browsing her website, with gigantic HTML pages as countless perspectives on the results of her procedures. One striking element within Murphy's work—aside from its beauty—is its scale and depth; seemingly infinite and continuously recalibrated as it keeps expanding online and in gallery space where her 3D forms are presented as prints and sculptural installations. Another striking element of Murphy's work is her spontaneous approach to computer technology, incorporating meditative traditions and spiritual notions. In work such as Murphy's, we are reminded of an essential aspect of digital tools: the ethereal realms in which they allow us to engage. Of course it would be naïve to think that the internet and digital tools are not physical as well; computers are built by humans—they consume power and they pollute significantly. But it would be equally naïve to ignore the fact that the internet and digital tools can be used toward the most personal, spiritual, and creative expressions of one's self. 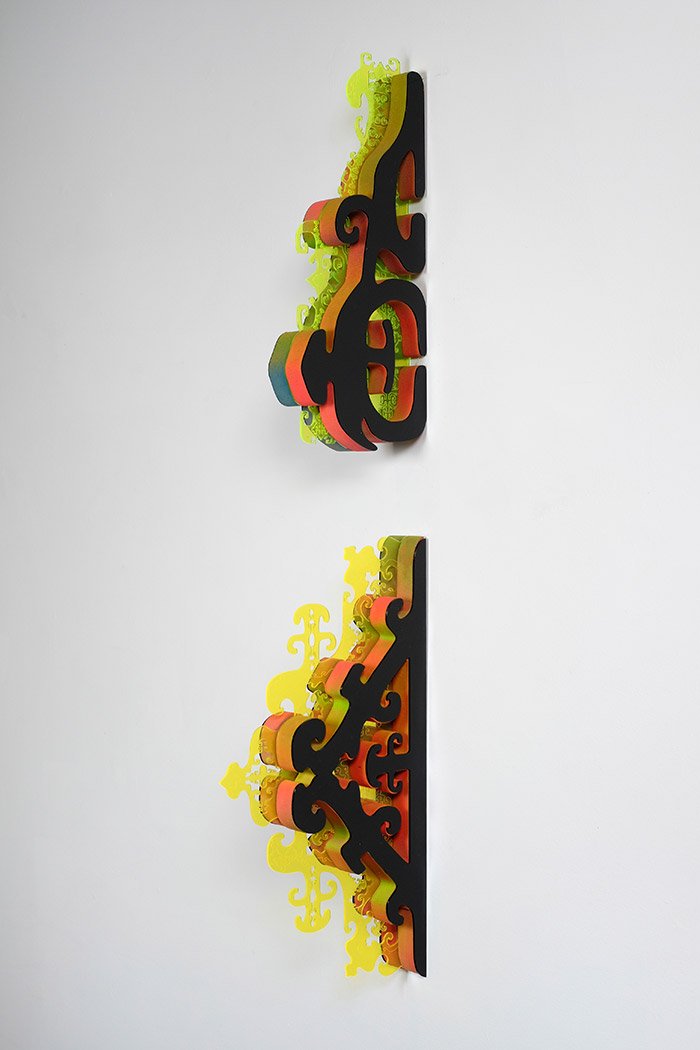 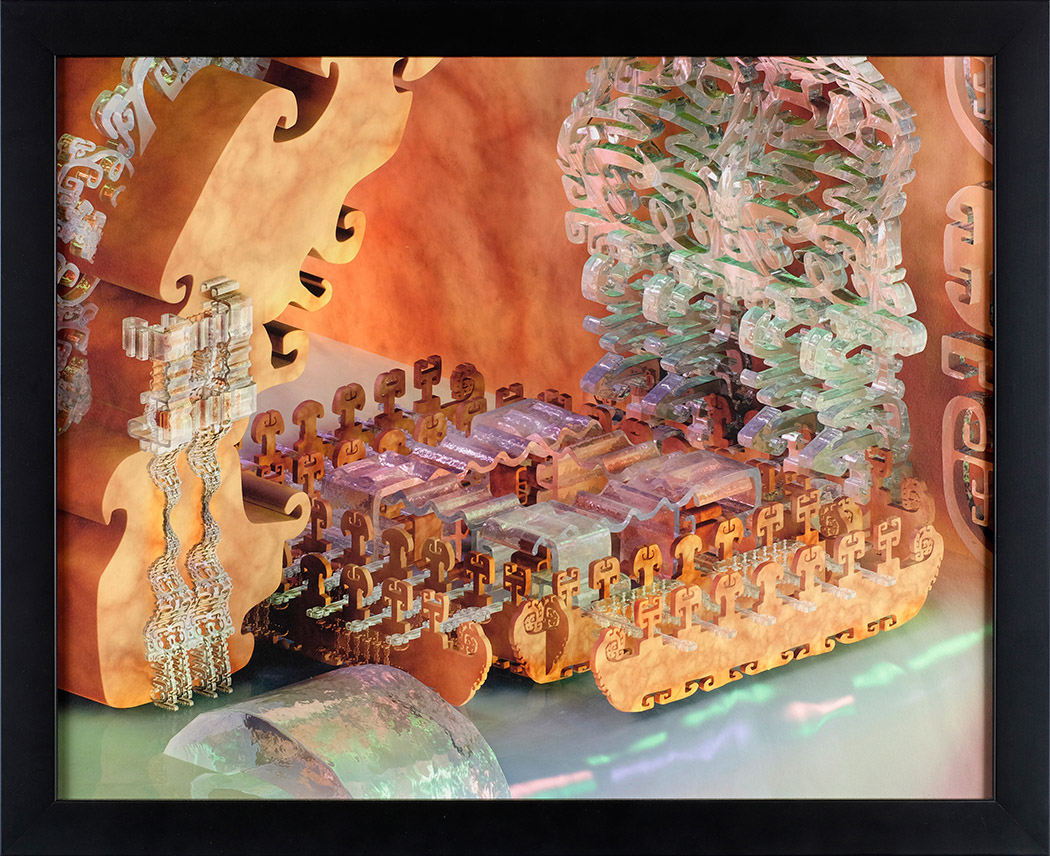 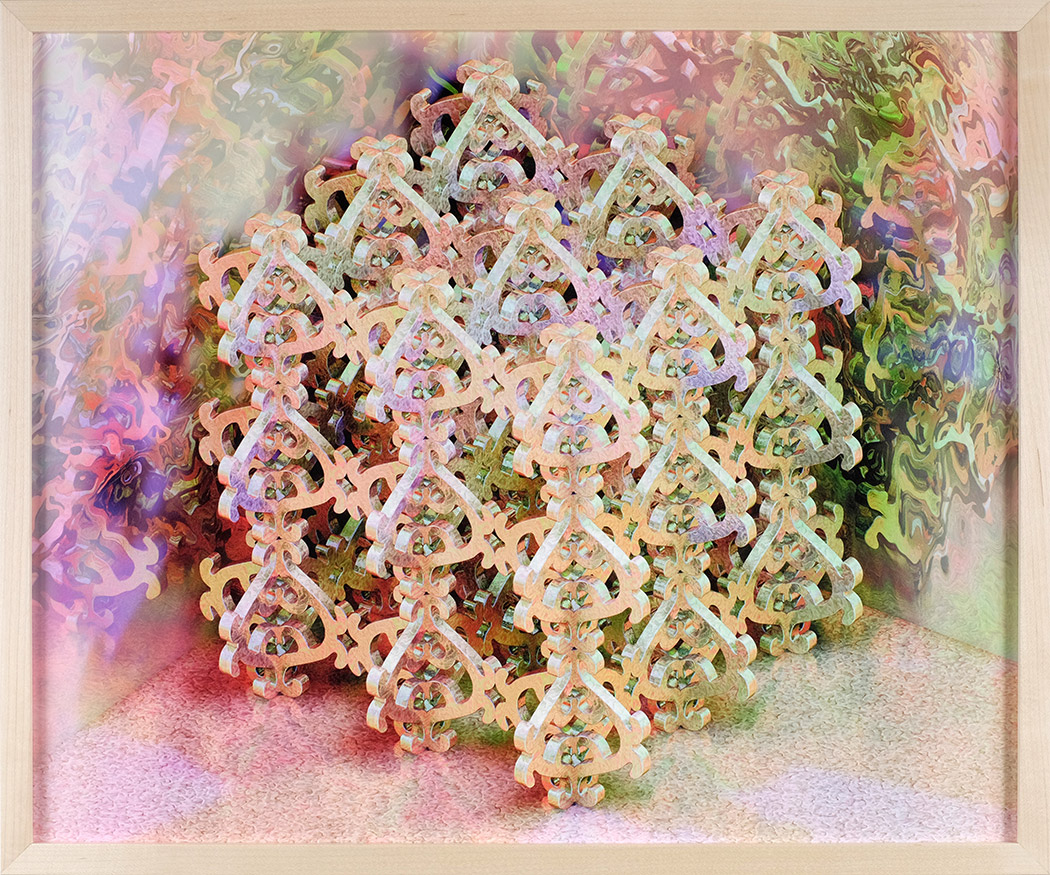 When net-based practices begin to be contemplated for their branding strategies, corporate aesthetics and optimized readability, the artists discussed here seem to require other criteria for evaluation. Their practice is defined by uncompromising creativity, idiosyncratic and poetic investigation and serial experimentation. This art online provides refreshing resistance against the intense rationalizing effects of computer technology; engaging with the digital should also happen through poetic means. Nonetheless, the level of dedication these artists show commends another observation: it is their ability to avoid the pervasive shortcuts of computer technology that constitutes a foundation for their art. At last, this particular strain of artistic practice also responds to a personal question at the origin of my involvement online, which is left here for further consideration: how can the internet and digital tools still provide a space for dreaming? 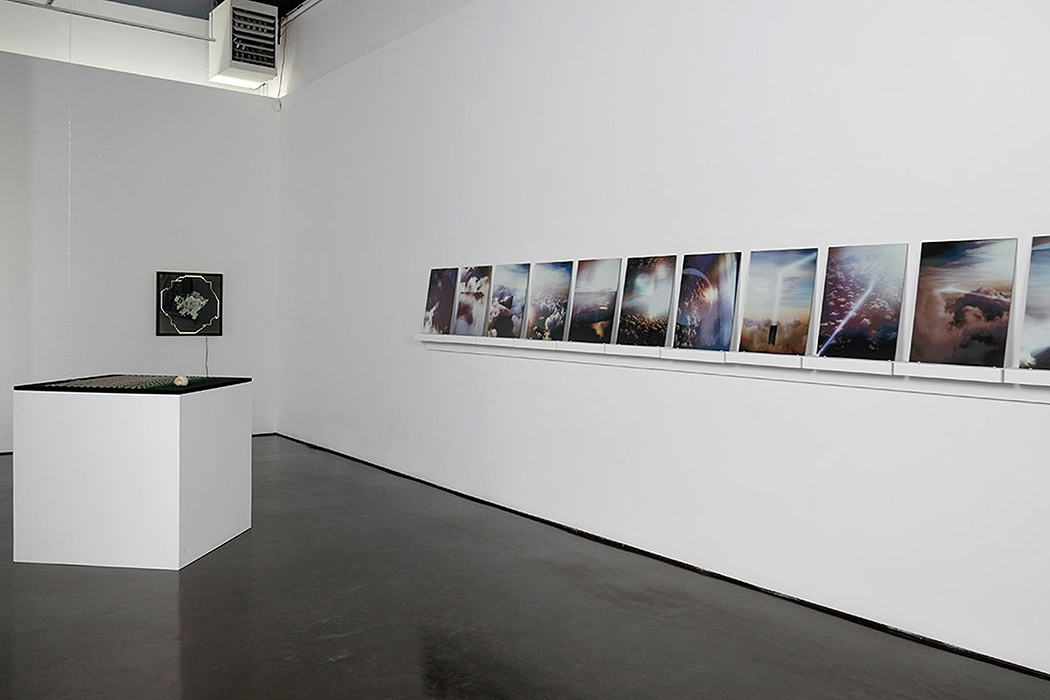 Acknowledgements: Initial Gallery, for their trust and support throughout the process of making this project happen. The editors at Rhizome, for their feedback and suggestions to finalize this essay. The artists, for their work throughout the years and their friendship.