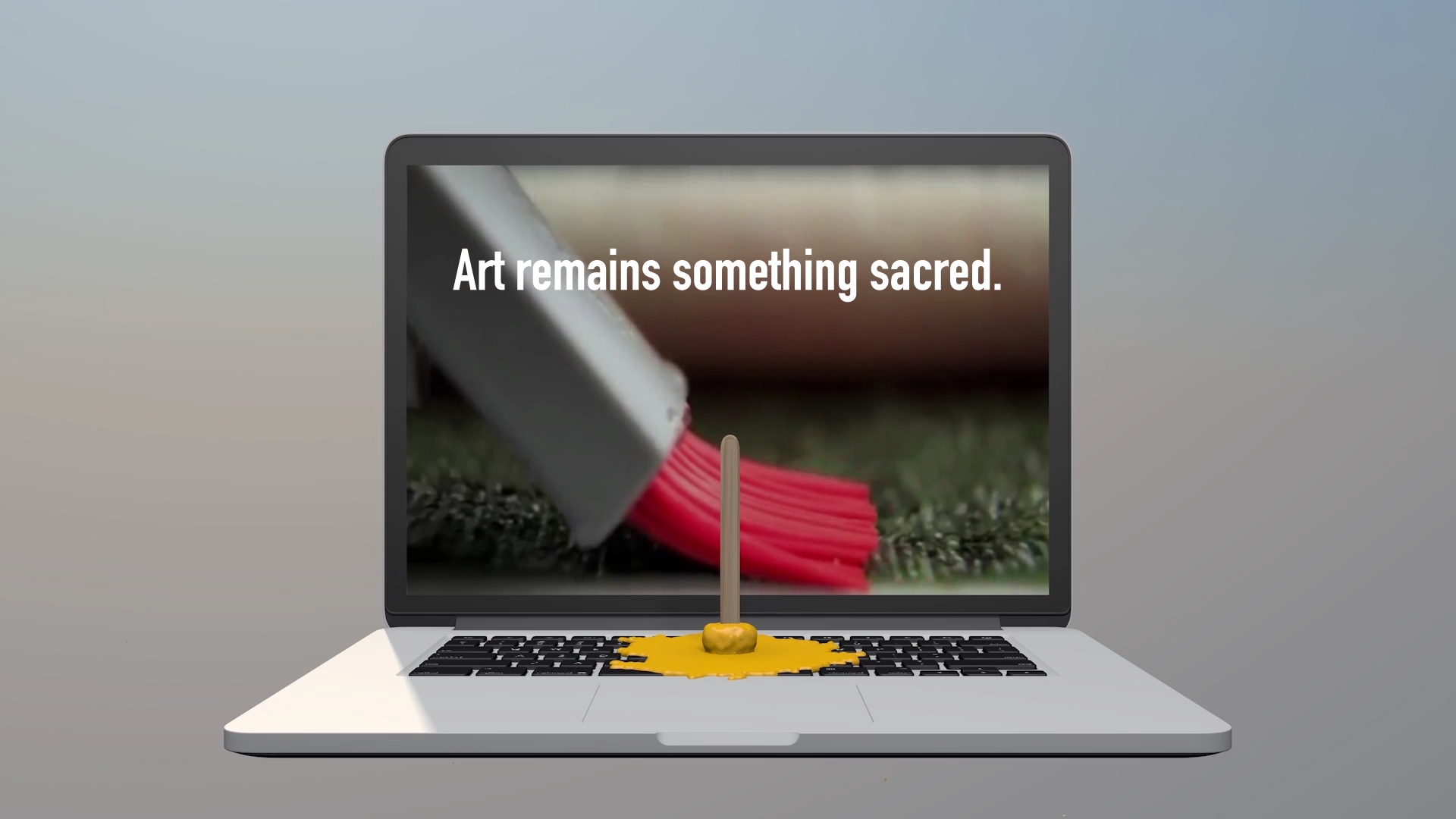 Criticism is a feedback loop. Artists have long considered the internet as a context in which to exhibit their work, and in the past few years, an increasing number of organizations and platforms have come forth to show art online in new, sophisticated ways. The field of art criticism has been slow to follow. Rhizome's Reviews program, now under the editorial leadership of Orit Gat, is an attempt to close this gap, commissioning art critics to consider artworks and exhibitions presented online.

As a critic better accustomed to appraising IRL exhibitions, the experience of navigating the Wrong Biennale serves as a reminder of how reliant I am on a checklist of criteria premised upon the transformation of space. How is it changed by the objects/sounds/images within it? Are the various works in an exhibition arranged so as to establish a coherent network of relations? How effectively does the information carried within the work of art charge the material in which it is invested? Do the conditions of the space enhance or compromise the work exhibited within it? A first attempt to engage with the digital art biennial, in which I spent several hours schlepping round the various “virtual pavilions,” was frustrating precisely because the expectation of a comparably immersive experience was misguided. Beyond the edges of my laptop remained visible a cup of cooling tea, an accusatory stack of unread books, and several cheap reproductions of canonical works of art; the space remained resolutely untransformed. Having abandoned this approach, I found myself over the coming days checking regularly back in to the Wrong’s homepage, clicking through to a curated space in which I’d spend perhaps a few minutes before returning to other work. Woven into my daily life, these works were framed in space by my domestic environment and in time by my browsing before and after each visit. 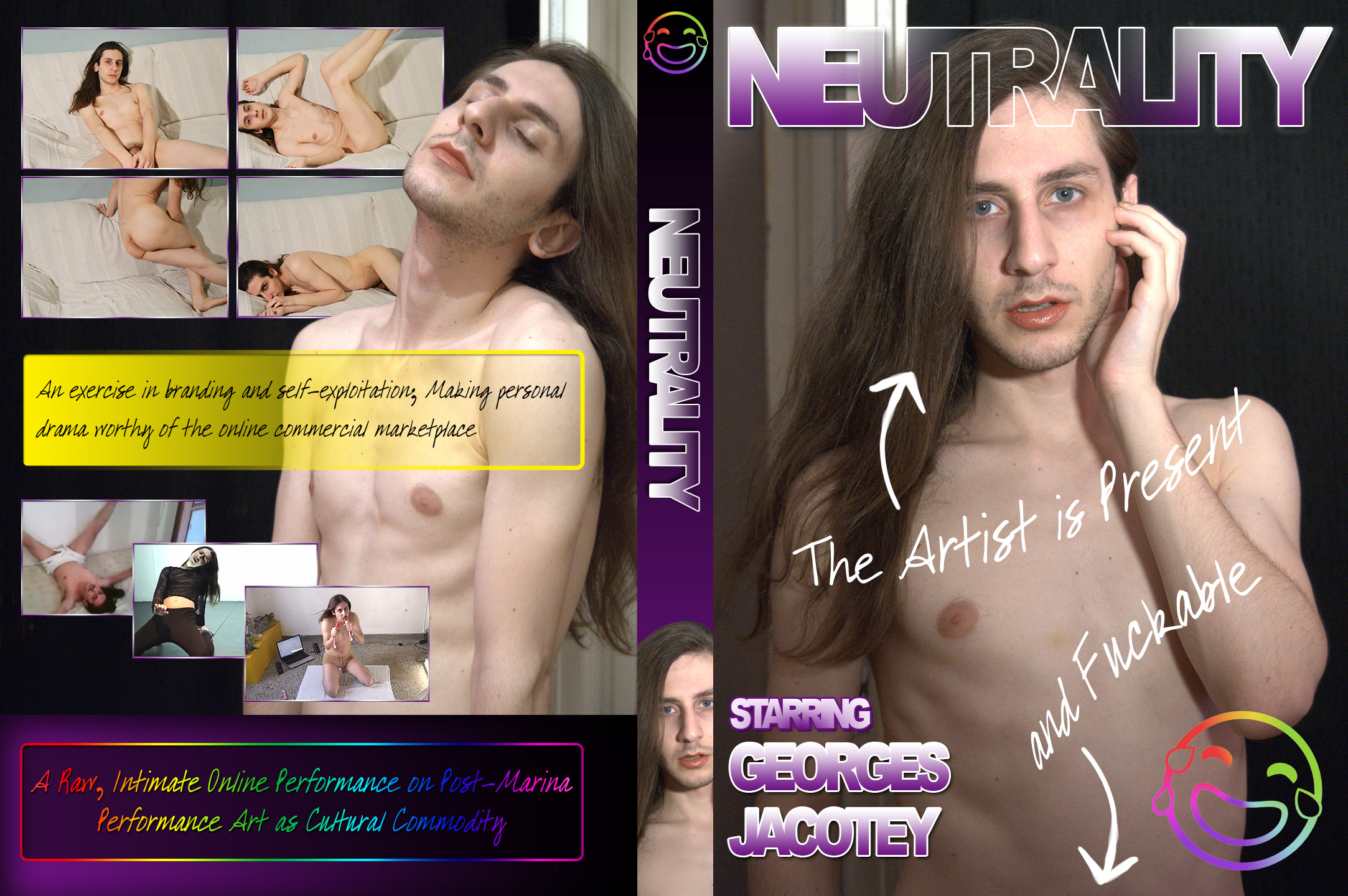 The Utopia Internet Dystopia pavilion, curated by Valentina Fois, invited artists to “share their thoughts” on whether the internet is “utopian, dystopian, or in the middle.” It’s a vague curatorial principle, but the works generated in response do illustrate some points salient to the changing ways that we think about the internet as a site for the exhibition and sale of art. Georges Jacotey contributes Neutrality, an online flier advertising a future online performance. Visitors have the option of clicking on a Paypal button to buy an edition of said performance—the promotional images for which suggest a sledgehammer-subtle satire on Marina Abramovic and Andrea Fraser—thereby helping to “further fetishize the concept of ownership of performance art.” The joke is a little tired, but I was intrigued to read the legal conditions of purchase, with documentation limited to “screen and video grabs” that should “exist only as memorabilia and proof of the performance but not for exhibition purposes.” In its simultaneous acknowledgement and denial of complicity in a commercial system, Neutrality is an example of a wider conflict in the biennial between defiant adherence to a loosely politicized notion of digital art’s authenticity, and a craving for further art-historical legitimacy. It also epitomizes an anxiety, palpable throughout the biennial, about the consequences of failure to establish new, more ethical systems for the distribution and sale of online art, with the co-option of performance art by the market held up as a cautionary tale. 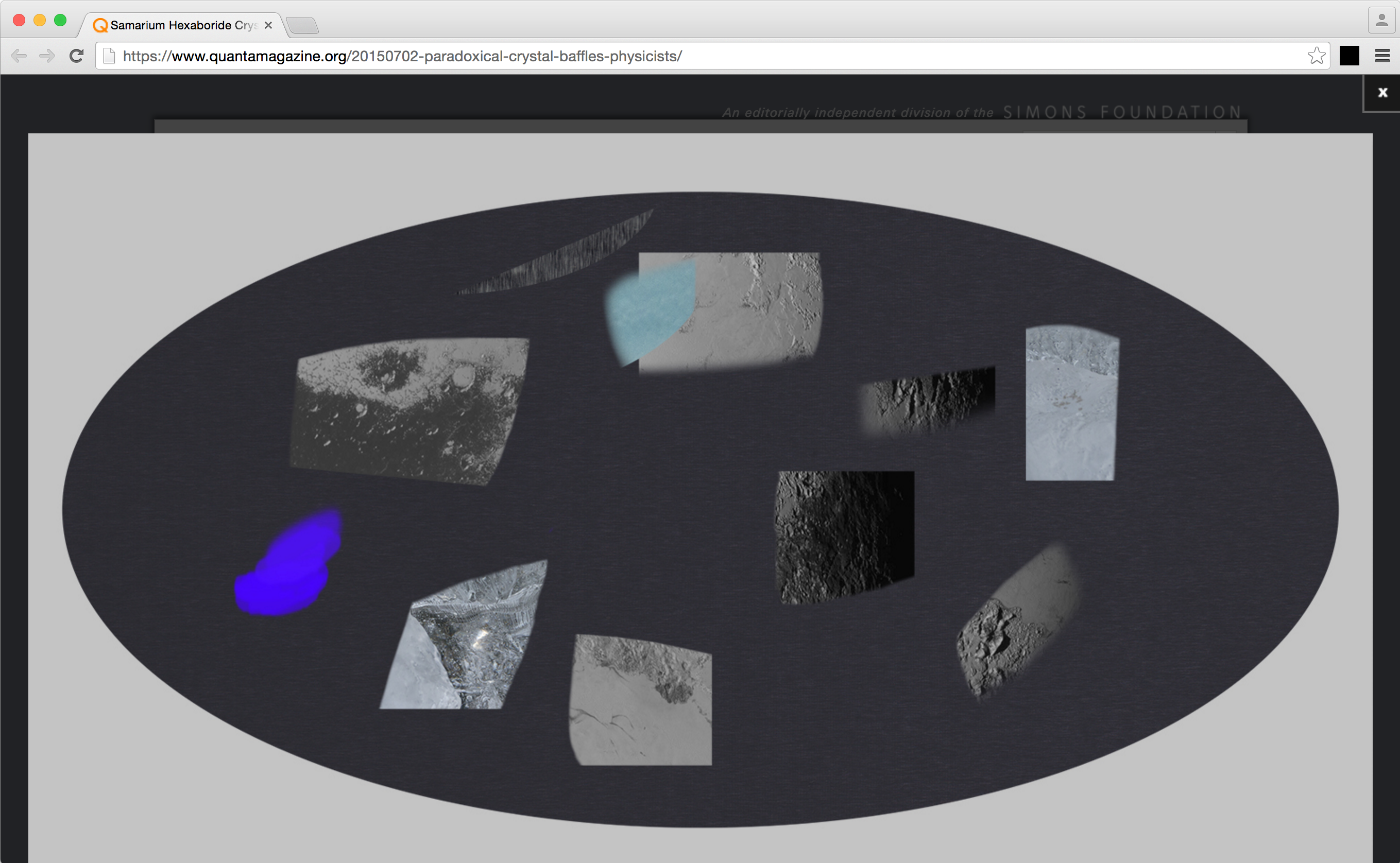 That the internet—like any other context for communication and interaction—is patently neither utopian nor dystopian is illuminated by the “Toggle” exhibition platform used in Leah Beeferman’s ELECTRONIC STRUCTURES. Authored by the collective neverhitsend, Toggle “is a customized Chrome browser plugin that allows users to overlay content atop any already existing web page, creating a hidden metapage of text, images, hyperlinks, and other information that is only visible to those with the plugin installed.” The effect is a palimpsestic, collaged, graffiti browsing experience, and the imposition of an “invisible” tier reminded me of the urban environment described in China Mieville’s 2009 book The City and the City, in which two segregated but heavily surveilled populations occupy the same space without ever interacting, each having learnt to “unsee” the other.

It’s usual in biennials, with their diversity of artists and approaches, to stumble across something utterly strange, and the Wrong Biennale delivers an exceptionally high number of such moments. One is the erratic Konstortium pavilion, which plays host to an unaccountably hypnotizing 1’04’’ video of a deer masticating (Ilavenil Jayapalan’s Samādhi, 2015) and another “performance/video” in which California-based artist Sarah Mirakhorli spins herself round in a chair while staring down the camera (what i rly do all day, 2015). As with all biennials, there is too much to see, but even in this context the variation in quality is remarkably wide. The organizers make much of the Wrong being the “biggest ever” biennial in terms of work included, with more than 90 curators inviting artists to participate. When you include those artists showing in the biennial's "open pavilions", the number of participants swells to over 1,000. Whether you ascribe this to inclusivity or curatorial laziness might depend on your broader ideological attitudes to online behavior. 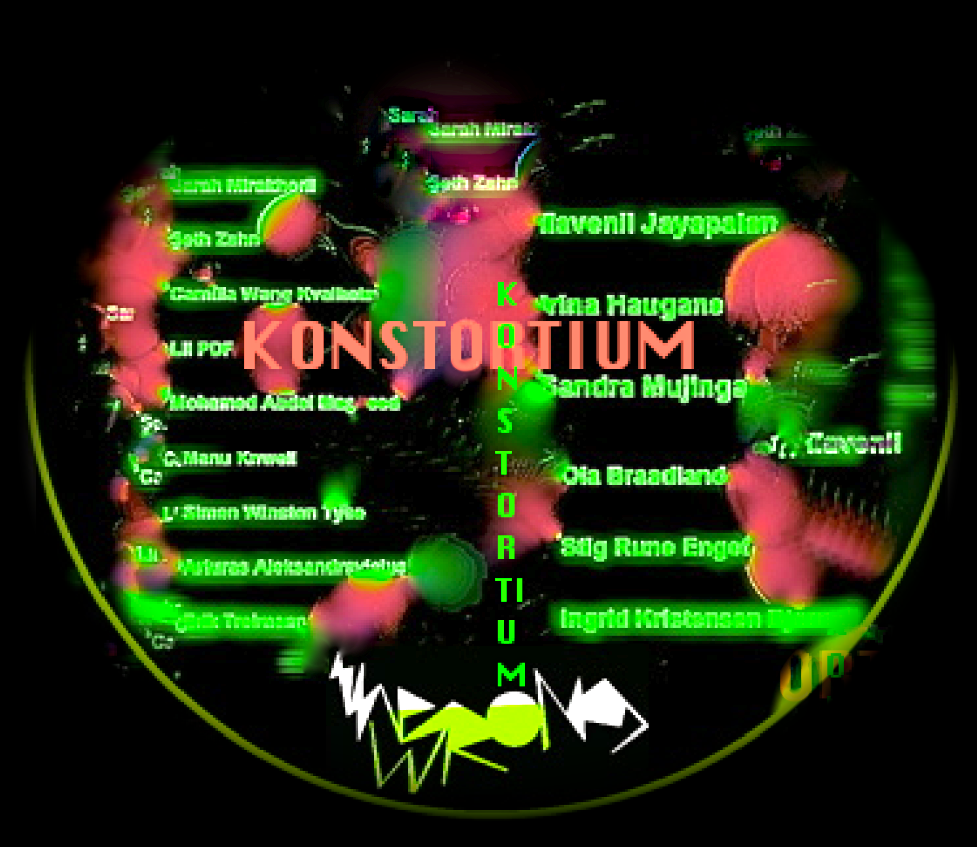 The way we consume images today is the subject of Ways of Something, Lorna Mills’s engrossing re-appropriation of John Berger’s influential BBC television lecture, then book, Ways of Seeing (1972). The video consists of 114 one-minute segments, each produced by a separate artist Mills invited to respond to Berger’s populist, class-conscious, iconoclastic attack on the fetishization of painting in the wake of the photograph. Mills has stitched together this panoply of 3D renderings, GIFs, webcam performances, and appropriated media, to create a remarkably seamless (and yet thrillingly eclectic) visual accompaniment to Berger’s lisping sermon on an era in which “the images come to you, you do not go to them. The days of pilgrimage are over.” Sound familiar?

Of the camera, Berger famously said that it “changed paintings painted long before it was invented,” and Mills’s collage reminds us that the perspectives offered by new media change our reading not only of the present but also of the past. Rather than erecting a barrier in time—1989, say—between the pre-internet past and the presumed post-internet present, we should acknowledge that the history of images is a continuum, our perspective on which is fixed by the social, political, and technological circumstances of our time. The rather chastening implication is that critics should be reading IRL exhibitions from the perspective of contemporary digital culture, rather than vice versa.