In the future, people will pay to feel unemployed: On Melanie Gilligan's latest film
By Elvia Wilk

This article marks the online premiere of Melanie Gilligan's The Common Sense: Episode 1, which will also show on our front page through Thursday, May 16. The full series will be available online on June 11, 2015 at thecommonsense.org.

Last week for Rhizome I wrote about some qualitative changes effected by Airbnb on the city of Berlin, referring to a quantitative survey called "What do the data say?" to get a grasp of the lived reality of the "sharing" economy and the labor it entails. This week, I refer to the most recent video project by Canadian artist Melanie Gilligan, The Common Sense, for an entirely different way of making meaning from this reality—not in an analytical sense, but in a speculative one.

In the sci-fi world of The Common Sense, today's car-sharing and room-renting economy enabled by the internet has given way to an economy of emotions and sensations, facilitated by a device called "the Patch." The Patch is a white transmitter worn on the roof of the mouth through which feelings can be sent to another and—if the Patch is a "two-way"—another's feelings can be received. Sold as the key to forging a more collective and empathetic society, the Patch also happens to be a very effective means of deriving profit from once un-commodifiable behavior, as well as an immersive entertainment experience provider and a powerful surveillance device.

The Patch is introduced to us during a college class in the first episode, in which the instructor is screening an educational video on Patch history to a class of Patch-wearing students. Most of the students are working on some remote task, such as monitoring customer satisfaction, while sitting there. Over time we learn that their feelings themselves have also become commodities for sale—a society of unwitting vloggers and cam girls who monetize not their images but their affections and experiences. In one scene a job-seeker says to a Patch representative: "I heard that people will pay to feel unemployed." (The response: "That's a competitive area; there are so many people offering it.") 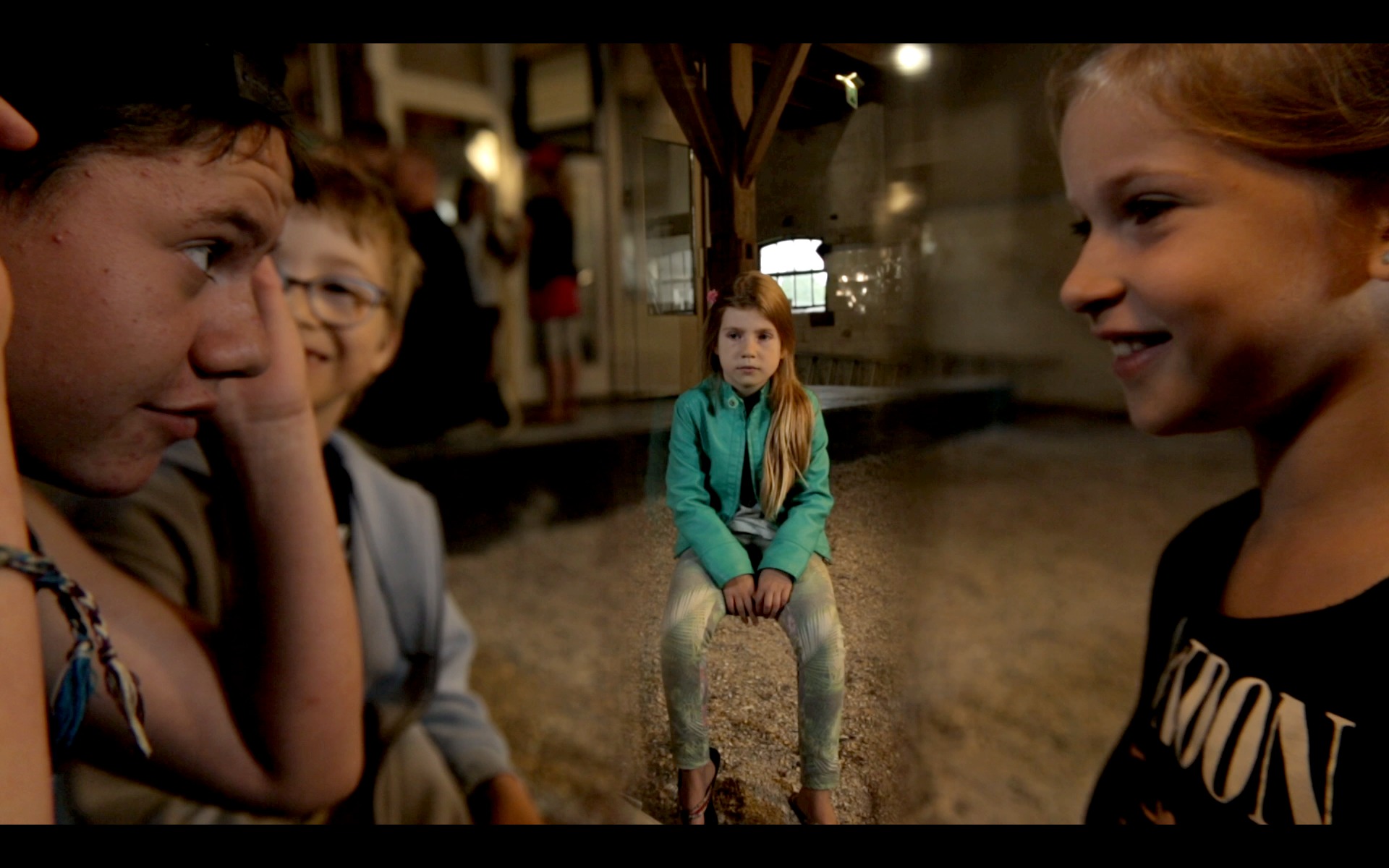 The story consists of three "phases," each composed of five short episodes. The first phase introduces an array of characters and, with them, various potential implications for the technology: a woman's unborn fetus is fitted with a Patch; remote sex (or sex with oneself) becomes possible; an employee is fired on the spot when a customer frowns. At the end of Phase 1, patch transmission suddenly stops and panic ensues. The characters are "embarrassed to relate from the outside"; having been connecting to each other viscerally for so long, their verbal capacities for explaining their emotions are limited.

From there, time bifurcates into parallel realities, which unfold in Phase 2A and 2B. That formal split is an apt way of expressing the double-bind or flip-coin of technological development: the constant vacillation between professed intentions and effects, since the ideology that leads to scientific breakthrough can never be made inherent in the mechanism itself. The question at stake in both phases is how a technology itself could be retained but used to transform the culture that created it.

Phase 2A is the more revolutionary path. Protests take shape and disperse, alluding to political movements in recent years that both gained form and were dismantled through social networks. Rather than fully abstain from the Patch, citizens try to live with it in new ways. The former college teacher is helping a group of children to sense each other as a whole group, to care about society at large in the same way as they feel about themselves (and by extension the people they are "patched" into feeling). Can empathy be extended to a more abstract social condition? Could one "feel" all of society on the same level that one feels the pain of a broken knee or a broken relationship? 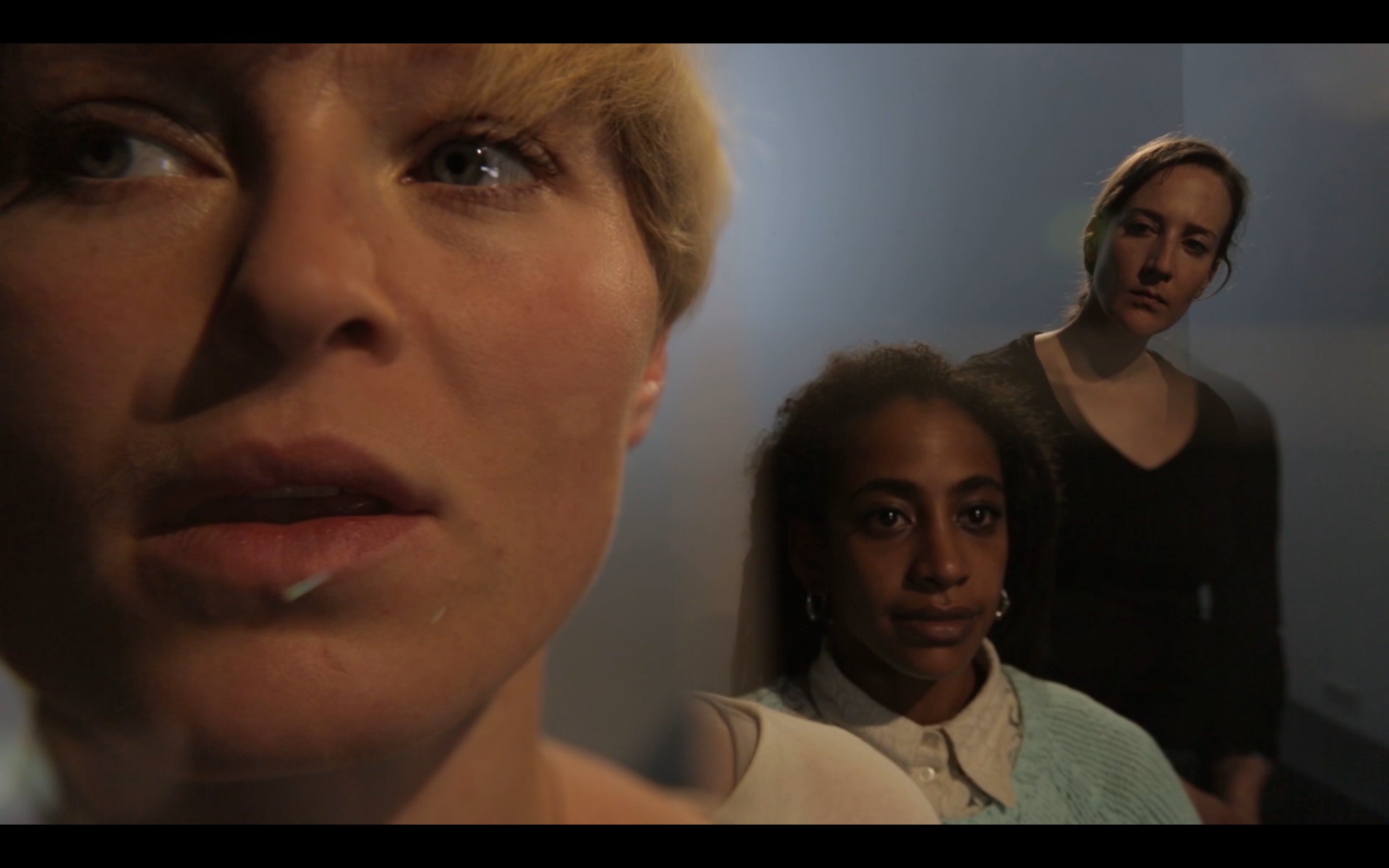 In track B, the evolution of the human-Patch relationship is not only a social, but also a physiological one. Here, certain users have developed a new bodily organ for sensing others in conjunction with the Patch. Yet this discovery is harnessed by a rogue venture capitalist who sees the potential for desire to be immediately mobilized as cash—to "cut out the middle man of money" and activate currency the minute a need arises. Many of Gilligan's most complex and sophisticated ideas about the role of currency in human exchange arise in this storyline.

As opposed to, for instance, Dave Eggers' social-mediapocalpse novel The Circle,in which behavior is made, shared, and monetized by wearing an outward-facing camera at all times, in The Common Sense the transmitter faces inward, denying both visual and linguistic processing of information. The labor done by the characters in Gilligan's series is decidedly affective, not cognitive (if it were possible to make such a distinction), as only feelings, not thoughts, can be shared. That is partly because, in a society like ours where head and heart are dichotomized, and ideas and innovations are patented for progress, we manage to maintain intellectual property while subjecting emotion to endless exploitation. 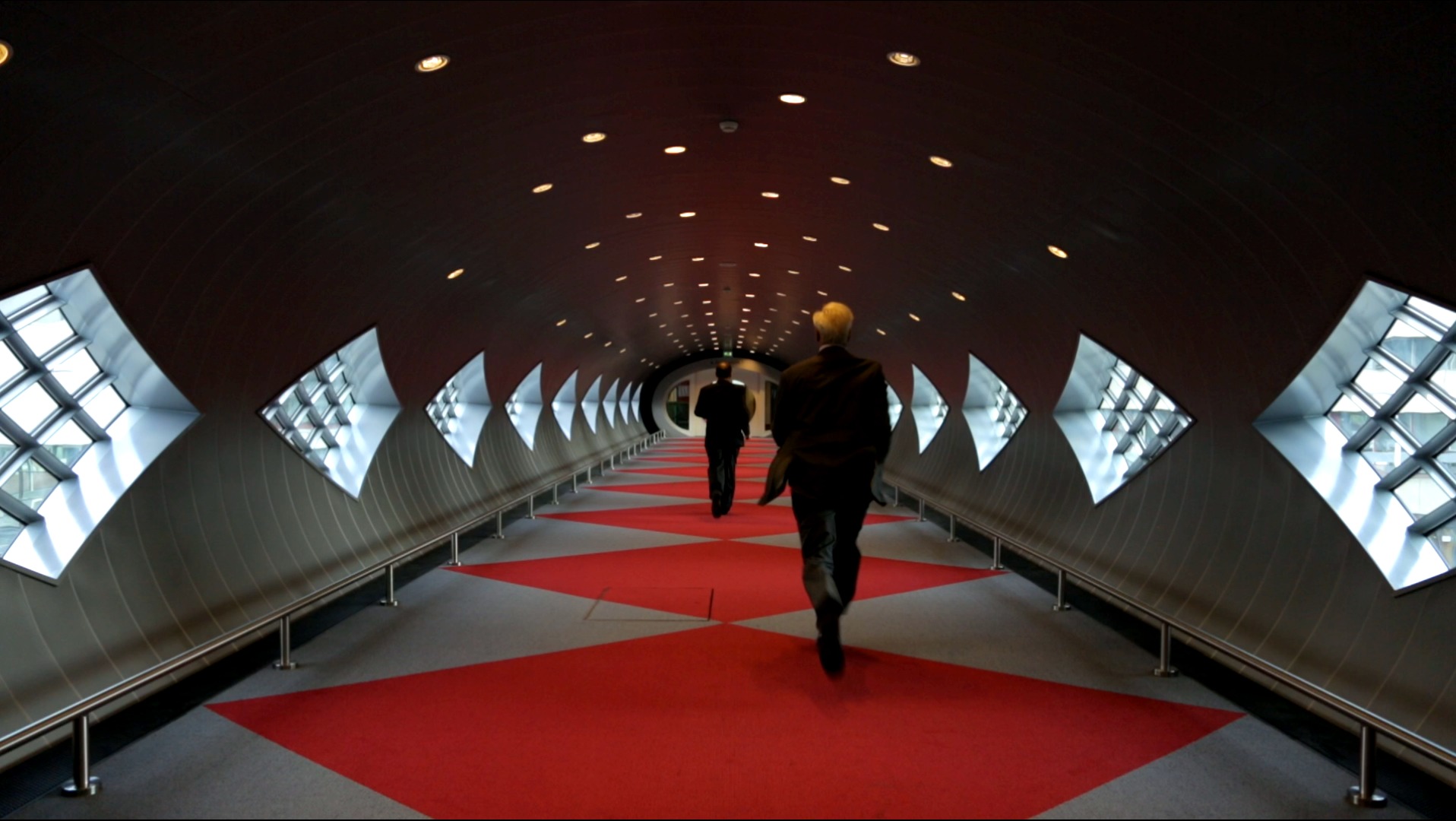 Despite its orderly structuring in phases and episodes, The Common Sense is a fractured and formally uneven project. Whereas the sci-fi TV show Black Mirror, for instance, also explores the possible repercussions of  a speculative technology, it does so in the context of specific character relationships as case studies. In Gilligan's series, in contrast, there is no identifiable protagonist or relationship that would be compelling independent of its instrumentalization as a part of this speculative exploration. The chronology is inconsistent; despite the existence of the Patch and other advanced devices, people still wear chunky metal wristwatches and broadcast radio shows from clunky foam microphones. Some parts are shot in Canada, others in the Netherlands. Much is overexplained, much underexplained. It is an entirely absorbing and yet entirely frustrating watching experience.

Gilligan's defiance of narrative expectations appropriately adds another speculative layer: the notion of experience transmission through storytelling. Watching this non-story, one is left with the open the question of what will happen to narratives (like those of science fiction) in the future, when experiential emphasis is placed less on the imagination, metaphor, and language, and more on collectivity, transparency, the sensory apparatus, and customer satisfaction. How will personal narratives evolve when nothing—not even our feelings—is our own? 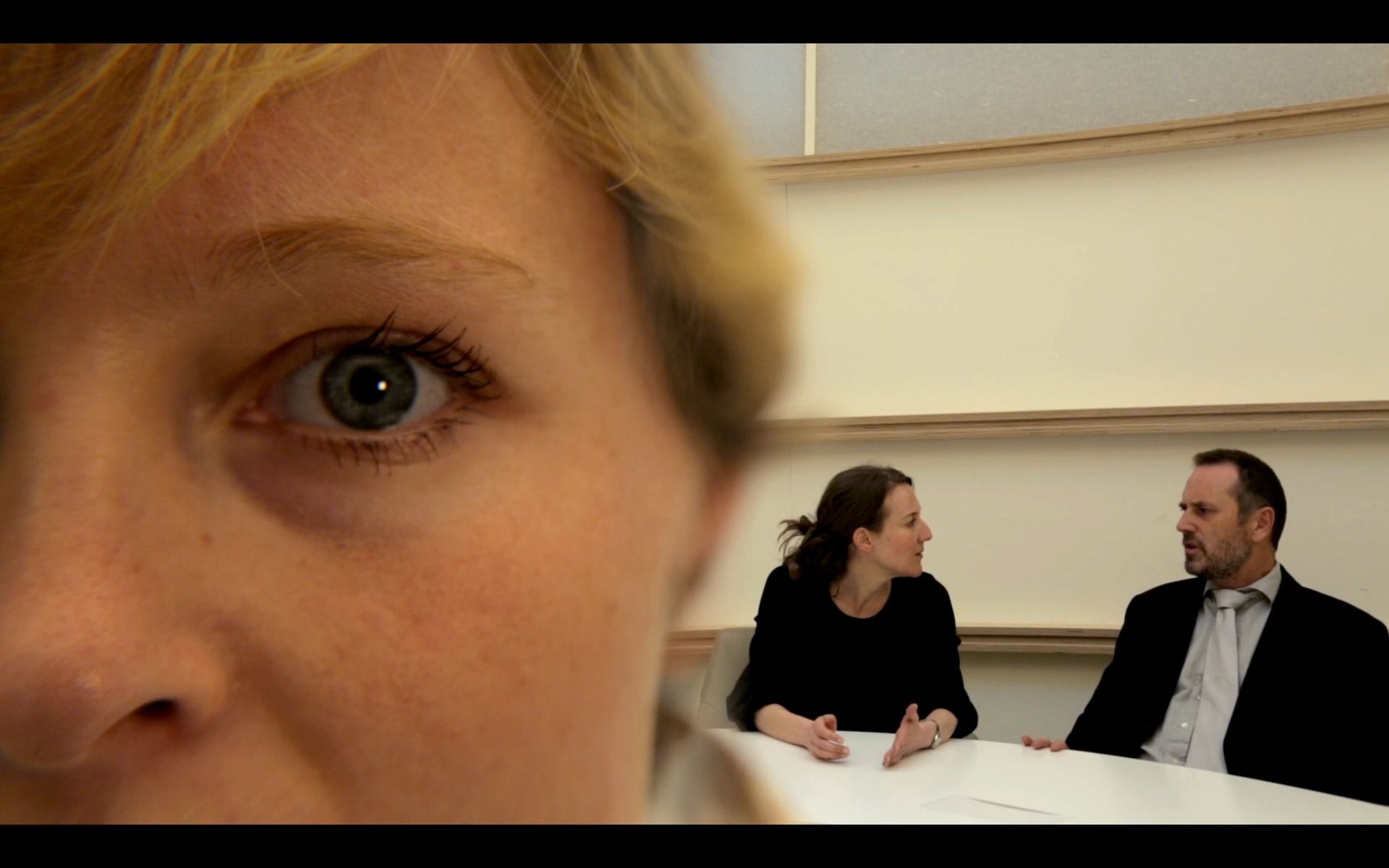 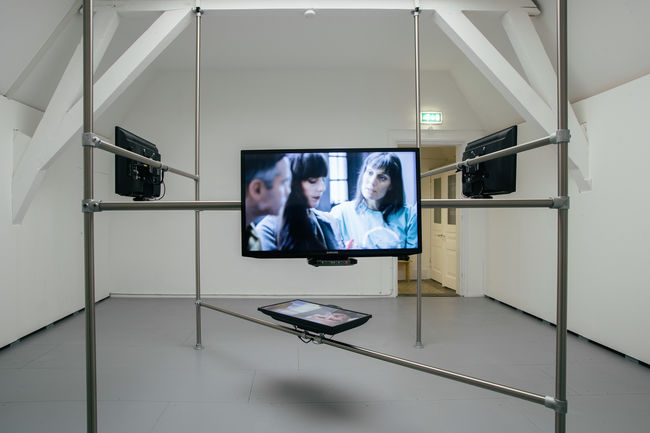 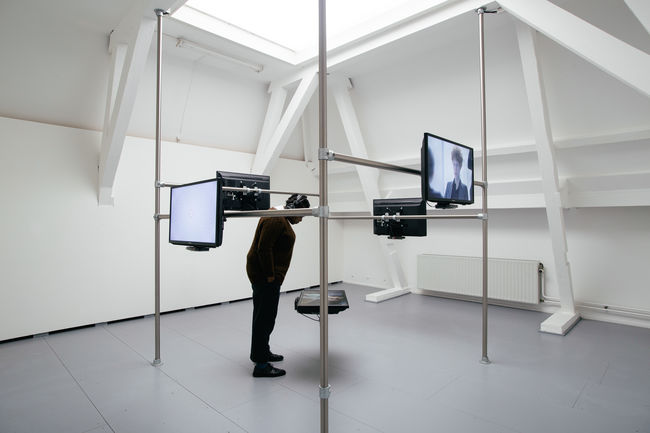 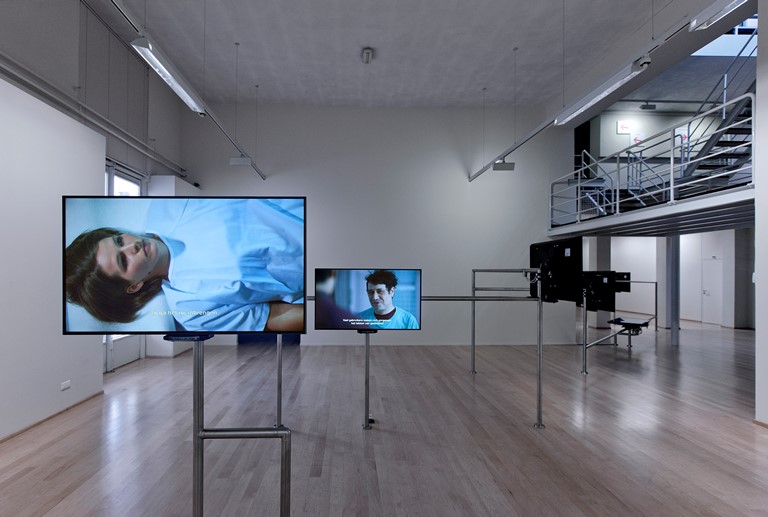 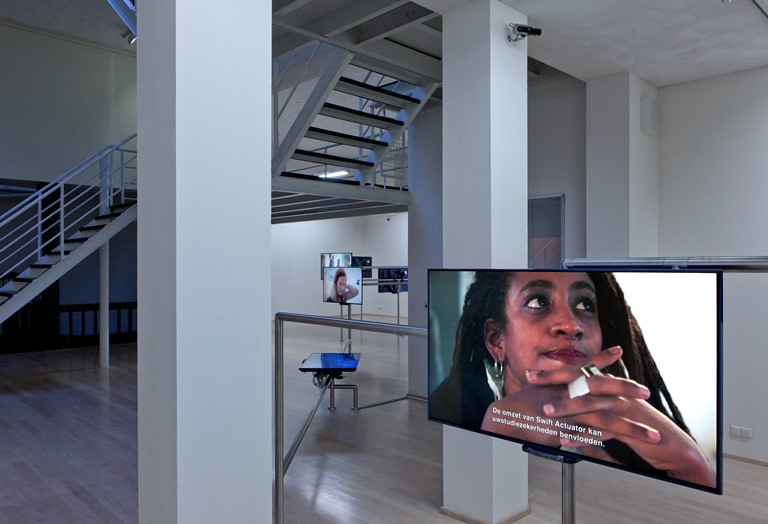 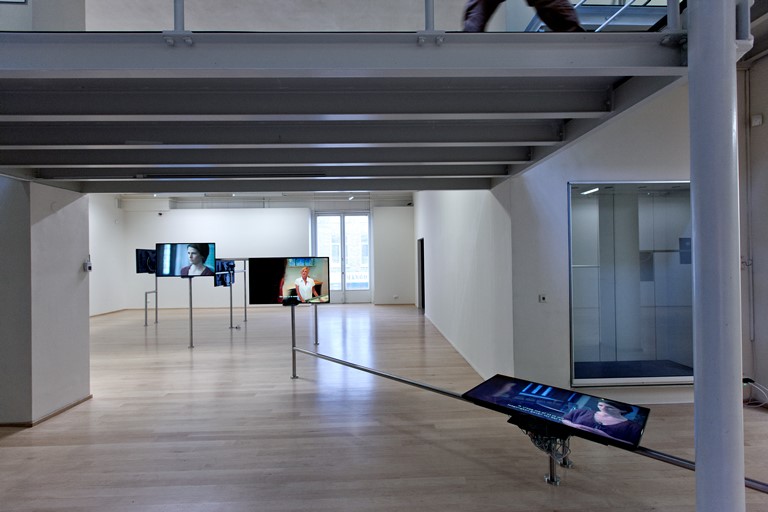 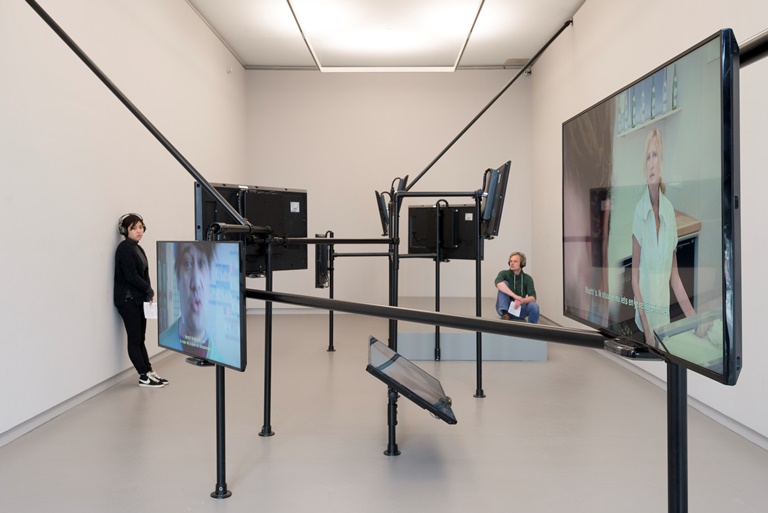 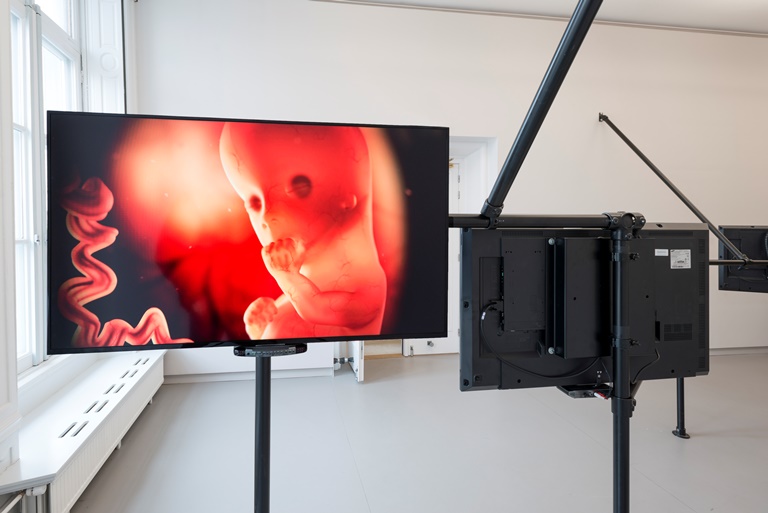