Rhizome to Restore and Present Theresa Duncan CD-ROMs
By Rhizome 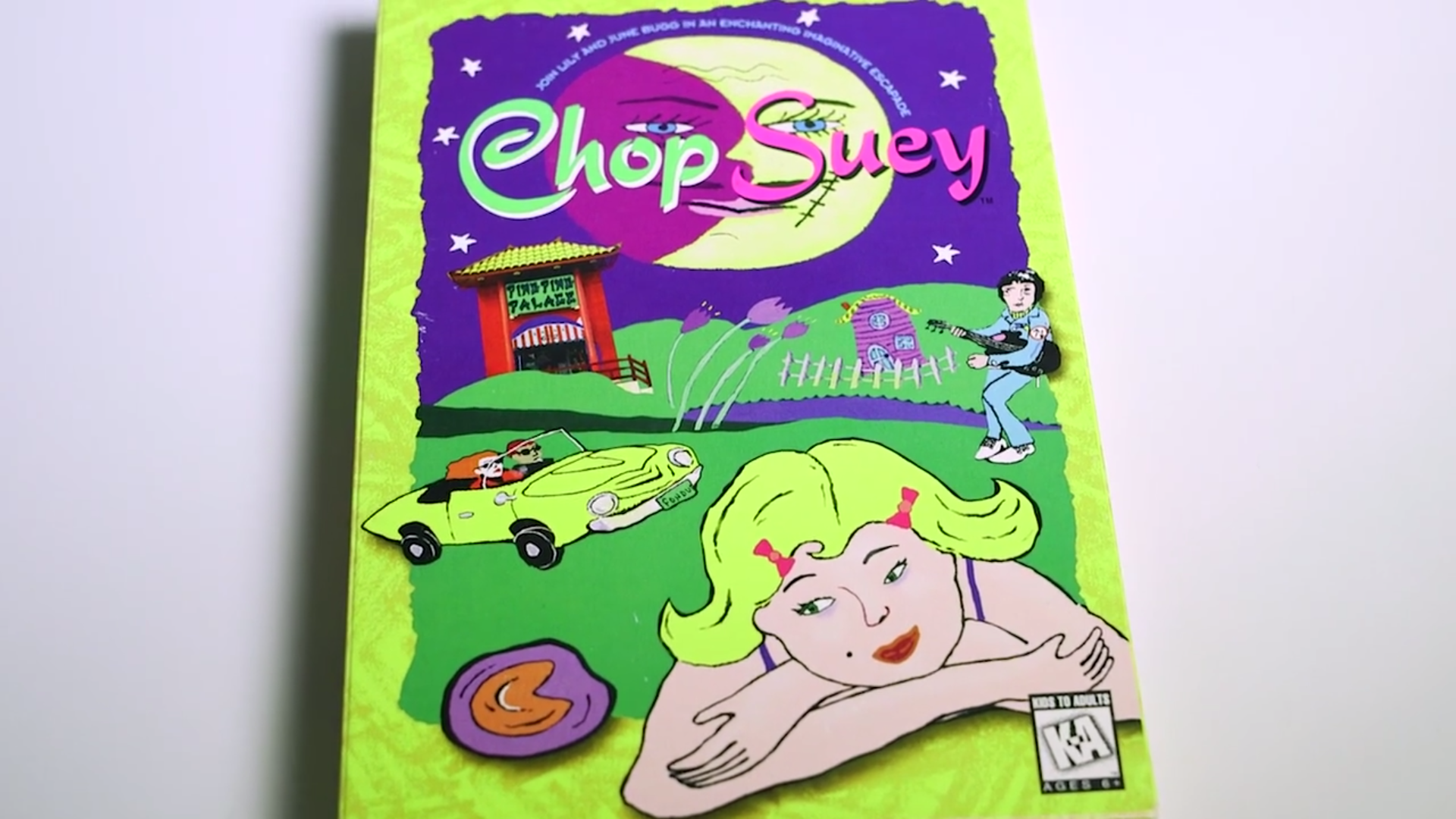 Rhizome is pleased to announce that, beginning in April 2015, it will preserve and present three CD-ROM works created by artist and writer Theresa Duncan (1966-2007): Chop Suey (1995, co-created with Monica Gesue), Smarty (1996), and Zero Zero (1998). These colorful, expressive adventures address young girls in a way few games did, or still do—and they've fallen into obscurity. Through its digital conservation program, Rhizome will make the original, unaltered games playable via web browser, for everyone, for free. In order to make this possible, we have launched a Kickstarter campaign.

Confronting a videogame culture lacking diversity of digital experience (shoot-em-ups and fantasy adventures for boys, prom role-play and dress-up for girls), Theresa Duncan's CD-ROM work was something markedly different: uniquely personal, passionately invested in the creative possibilities of her medium, and daring (in the words of critic Jenn Frank) to "represent the criminally underrepresented: that is, the wild imagination of some girl aged 7 to 12."

Duncan drew on her childhood in the Midwest and a deep interest in literature, art, music, and children's stories for her work on Chop Suey, an offbeat, interactive daydream set in Cortland, Ohio, Smarty, an educational archaeology, and Zero Zero, an adventure set in Paris at the turn of 1900. All of these titles were intensely collaborative, involving a whole community of creators: Monica Gesue, who co-created Chop Suey, Ian Svenonious and Jeremy Blake, who contributed illustrations and more, Brendan Canty, who contributed a great deal of the music, and voice-over artists including David Sedaris.

Duncan's titles are notable for dreamlike, expressive illustration, vivid, hallucinatory colors and textured soundtracks. Their stories unfurl in sinuous, lilting vignettes, building out a world through language and atmosphere in which players are encouraged to explore freely, building connections among complex, drawn-from-life casts of characters. Her work was not about celebrities or superheroes, but the richness of a child's imagination as they react to their everyday lives in the world around them. And these games encouraged their users—particularly the young girls who would have identified with her protagonists—to be disruptive, adventurous, and whip-smart.

Videogame culture is at its best when it supports the narration and elaboration through play of a diversity of experiences. Unfortunately, as it was when Duncan made these games, this truth continues to be contested. So it remains essential that these games be widely known and played—not for the sake of the history of gaming, but for its future.

All three works will be presented via "Emulation as Service," an innovative system that Rhizome is developing with University of Freiburg, Germany. This approach involves the use of server-side software that duplicates the functions of outdated operating systems, giving users the experience of running, say, Windows98 in their normal web browser, with no additional software or plugins required on their end. For an earlier test of this approach, see the Cory Arcangel work Bomb Iraq (2005).

Additionally, Rhizome will work with its affiliate, the New Museum, to organize a public event and online exhibition celebrating Duncan's work and contextualizing it within feminist histories of gaming. Alongside this, we will commission articles and educational materials to further deepen public awareness of these CD-ROMs and the broader history of women gamemakers.

This is a significant undertaking. To enhance capacity, underwrite programming, and support this award-winning development program, Rhizome has launched a project funding campaign. Please visit this project's Kickstarter page.