Her Quantified Self
By Martine Syms 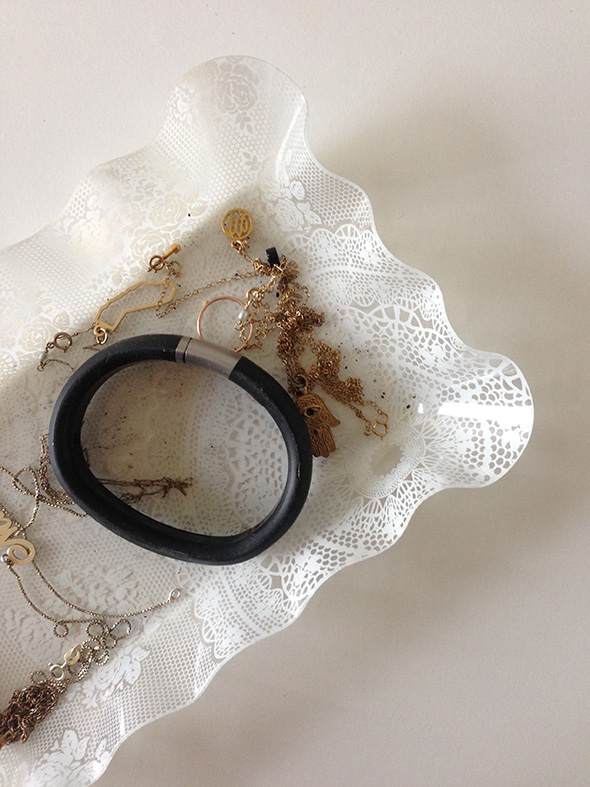 Courtesy of Natalie James at NJinLA.com

The alarm on her FuelBand pulses at 5:30 am because she wants to be a better person. Studies show that early risers are more proactive, more likely to anticipate problems, and more optimistic than those who sleep in. She wakes up two hours later because no one is expecting her to be anywhere. She slept for 12 hours and worries for a moment that it means she is depressed. It's still early, she thinks aloud.

From bed she scrolls through news, links, baby pictures, and other pieces of life. She composes an update to share and deletes it. She writes something else and deletes that too. She looks around the room. She's happy to be home even if it doesn't show. She chides herself for forgetting to practice gratitude. She closes her eyes and thinks about her family with gentle love and appreciation. Thank you, she whispers to the universe. Her goodwill quickly evaporates as she hears Deb, her mother, making a morning racket in the kitchen. She decides to wait until Deb leaves to get out of bed.

Lately she finds herself eating almost exclusively from Trader Joe's because it's easier to track in MyFitnessPal. She thinks they probably have some kind of deal. She eats every three hours beginning an hour after she wakes up. Right now she's consuming 1500 calories a day, but she hasn't been counting. She might need some encouragement.

Her favorite breakfast is a smoothie. She makes a Greena-Colada with pineapple chunks, coconut water, avocado, protein powder, green powder, and flax seed oil. Usually she enjoys entering items into her food diary before eating them. It's like predicting the future.

She pours the drink into a chipped IKEA tumbler. She washes the blender and the other dishes in the sink. She straightens the items on the counter, and wipes down the tabletops. She hopes her parents are grateful that she's here.

Since moving back to the West Coast she's been reading Free Will Astrology. Today her horoscope said that she is homing in on an impossible dream.

Once she feels anxious enough she gets in the car and drives downtown. She usually runs from Angels Flight to 2nd Street, down 2nd to SciArc, across to Temple, back up to Figueroa, Figueroa all the way to Olympic, and back across Hill. It's a 6 mile loop, or 3,000 Fuel Points.

She's wearing all Nike. A few years ago she would've been embarrassed to have swooshes all over her, but the logo is in. She wishes Stella McCartney for Adidas was easier to find in the States.

She plants her feet firmly on the grass, shoulder distance apart. She reaches her arms above her head and pushes them towards the sun. She folds her body in half and plants her hands next to her feet as she looks towards the mountains and lengthens her spine. She kicks her feet out behind her and flows through a few more stretches. She kneads her hamstring for a minute while she stares ahead at nothing.

For a moment she thinks about quitting. It's warm. It's going to be hard. She's going to get tired and her muscles might ache tomorrow. She imagines getting back in the car and driving home. She knows better. She'll feel amazing when she's done.

She starts off slowly, one foot after the other until she finds her pace. She cruises around pedestrians and other obstructions, reading each sign as it passes her. Parking all day $7. Discount wholesale electronics.

Her breath syncs with her stride and she falls into a comforting rhythm. She chants silent messages of positivity, hope, and gratitude. In her headphones, Beyoncé yells at her. Most people jog to clear their minds, but she runs to fill hers. She just wishes she could track that too.