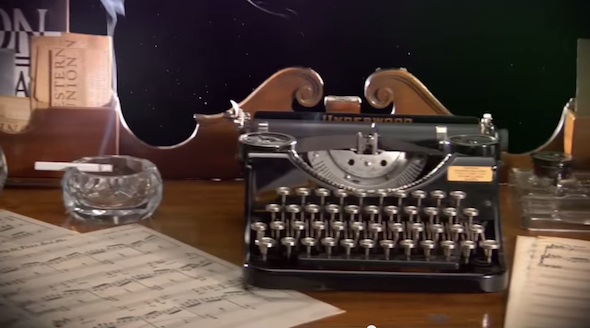 Bills, letters, clothes, books, records, photos, DNA samples—these are some of Fredric Kurzweil's personal effects, collected and stored by his son Ray, who will one day use this material to bring his father (who died when Ray was 22) back to life. Catalogued in a temperature-controlled room in Kurzweil's own home, this material betrays a personal basis for the noted futurist's most famous fixation: triumph over death.[1]

Kurzweil's home could be an off-site extension of A Museum of Immortality, which opened at Ashkal Alwan in Beirut last Wednesday. Organized by Anton Vidokle and based on a curatorial concept by Boris Groys, the exhibition takes its inspiration from Kurzweil's now obscure predecessor in the field, Russian cosmist and theologian, Nikolai Fedorov. In the mid-1800s, Fedorov beseeched humanity to join together in "The Common Task": resurrecting every human being who has ever walked the Earth. Both a devout Christian and proto-transhumanist, Fedorov believed that controlling the forces of nature and exploring the far reaches of space carried out God's will. For Federov (as for Kurzweil) death is an obstacle which technology must overcome. 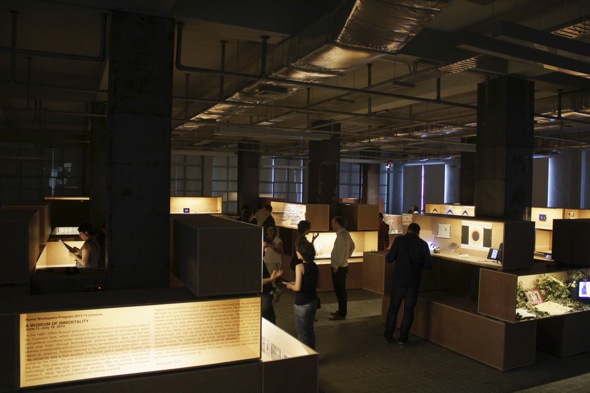 The exhibition's architecture, fifty-four human sized boxes, arranged as modular clusters around the gallery's structural columns, parallax between coffins and containers, each dedicated by an artist to the resurrection of a single person, living or dead. At first glance, the exhibition's concept is as totalizing as Federov's theory. If, in a globalizing art world, the exhibition (from Younger Than Jesus to Younger Than Rihanna), functions as the basic unit of meaning—an ideology Vidokle's e-flux newsletter often encourages—then the coffin/container might be the most appropriate form to represent an artist's contribution: an interchangeable variable in a modular function set to equal circulation itself. Under such conditions, these artists, are simply creative class prosumers, customizing their Perspex-encased cubbies like the latest Nikes.

Happily, a vibrant contingent of A Museum of Immortality doesn't share this fate. With a garden of root vegetables (ancestors first) and a USB (memory) stick, participating artist Arjuna Neuman manages to escape his container twice. His mental map PDF features contemporary architect Moshie Safdie, whose modular 1967 Habitat bears striking resemblance to A Museum of Immortality itself. "For everyone a garden," Safdie advertised. Built for the Montreal World's Fair, Safdie had originally designed Habitat for Arab refugees, but now its structures (like Safdie's current designs) house luxury condos. The World's Fair prefigures a world unified not under God but under global capitalism. 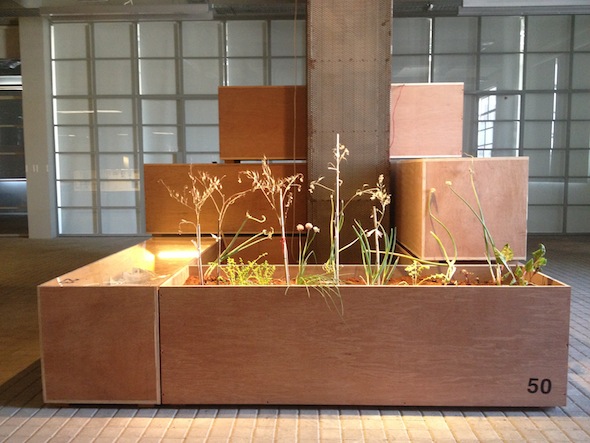 For his contribution, Mahmoud Safadi resurrects Lebanon's participation at the 1939 New York World's Fair—the 1939 exhibition, 6,000 Years of Peaceful Contribution to Mankind, now haunted in part by the Oscar Neimeyer arcade that sits unfinished in Tripoli. Designed for a permanent international fair, the arcade's construction was interrupted by that which has perhaps most shaped the country's international definition, its civil war. Hand-carving the Lebanese pavilion plaque into Styrofoam, Safadi gives material immortality to the nation's own self-representation.

Given the exhibition's focus on transcending human limits, forms of technology feature prominently. In an elegant gesture that speaks viscerally to perception, Jessika Khazrik faces two lamps toward each other to represent Ibn Al Haytham, an 11th century theorist of optics who debated whether light emitted from objects or from the eye. Raymond Gemayel freeze frames Muybridge's galloping horse. Tony Chakar presents his personal collection of now-obsolete cassette tapes. And Nana Neudeck weaves in Fedorov's own cosmism, dedicating her space to Edward Challita, a Lebanese actor who last year applied for a spot on Mars One, with a precise, diorama-scaled installation of material Challita chose himself. 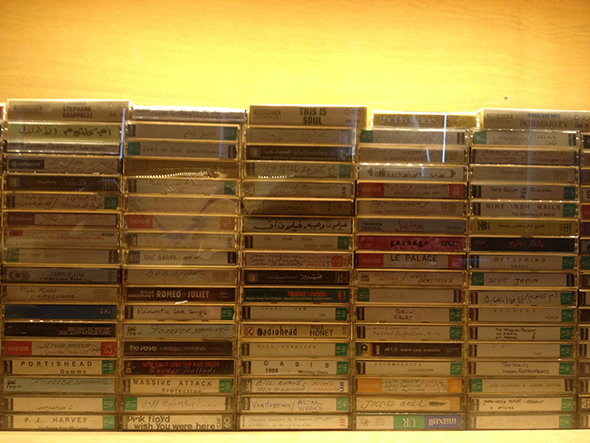 Tony Chakar, How to say goodbye. Installation view, "A Museum of Immortality." Photo by author.

In the blurry space between being immortalized and becoming immortal, technology (and art) act as forms of cryogenesis. While Fedorov believed museums were vital institutions for collecting and housing the materials of the dead for their imminent return, these artists seem less interested resurrecting human flesh than in resuscitating past ideas. Indeed, Fedorov's own far-left critique of capitalism (and far-out critique of socialism) may prove a vital point of departure from our broken-down present.

Fedorov predicted nations interconnected with wires, rails, and telecommunications. He predicted space travel (one of his students created the formulas by which the first craft left for space).[2] But these developments weren't just economic. Even his campaign for immortality aimed to reorient history from the vertical teleology of progress to the horizontal gathering of every human being, spread across every planet in the Galaxy.

The urgency underlying A Museum of Immortality is the recapture of life and death as public matters from capitalism's private necropolitics. (The iPhone sustained by coltan mines, Monsanto tomatoes by the Wall in the West Bank.) Until the resurrection of Fedorov's radical communalism, I'll happily turn to the baby booming futurists whose infantile utopias are hired hits on my present, and declare, long live dying.

[1] Transcendent Man (Dir. Robert Barry Ptolemy, 2009). Documentary film.
[2] "Humanity," Federov wrote, "must not be idle passengers, but the crew of its terrestrial craft," anticipating Buckminster Fuller's terraforming pilots of Spaceship Earth by a century. Of course, Fuller’s ideals of efficiency and neologisms like "synergy" have found exquisite expression not in communes but in corporate management.

Reminds me of Finnish artist Erkki Kurenniemi's personal archive and the recent Kurenniemi Archive at the Finnish National Gallery.