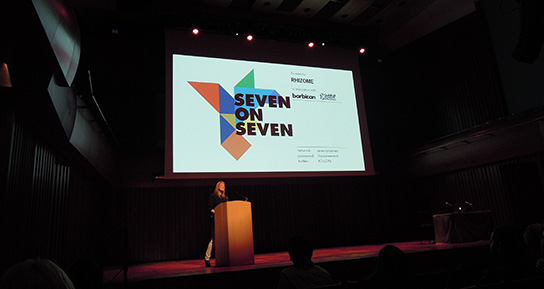 General admission tickets to the 5th Anniversary edition of Rhizome's Seven on Seven program, returning to the New Museum on May 3, are sold out. Missed your chance to buy tickets? Live somewhere other than New York City? Worry not—you can still join this celebration of art and tech.

Londoners: The White Building will host a full weekend of events in conjunction with this 5th Anniversary. On May 3rd, they will live-stream the full program as a public event, and on Sunday, May 4, they'll host a critical forum on the state of art and technology collaboration. Throughout both days, they'll house a mini-exhibition of highlights from five years of Seven on Seven.