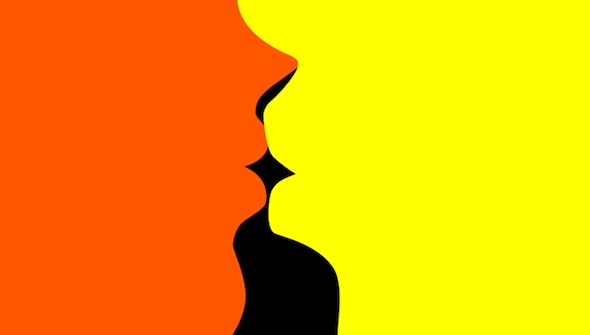 The following videos are selections from interviews that Rhizome conducted with artist Rafaël Rozendaal, whose online artworks are part of the Rhizome Artbase.

Rozendaal's work is an important inclusion in the Artbase not only for its considerable artistic merits, but also because of his development of new models for selling internet art that allow the work to remain publicly accessible online. The terms of Rozendaal's Art Website Sales Contract stipulate that collectors may purchase the websites (and many have), but that they must maintain it as a public site. This provision makes it possible for Rozendaal to deposit a public, archival copy of the works with Rhizome for conservation and research purposes, even as it is also part of a private collection.

In the following videos, Rozendaal describes his working process, his pieces, and his understanding of the web as medium. The full videos will be made available to researchers as part of the forthcoming ArtBase relaunch.

Rozendaal's "Ifnoyes.com" is included in Paddles On, the first digital art auction at Phillips, curated by Lindsay Howard.  The live auction will take place on Thursday October 10 at 8:30pm at Phillips: 450 Park Avenue, New York, New York.  Rhizome receives 20% of all proceeds from that auction.

"Interaction for its own sake"

With many of Rozendaal's online works, interaction is key. Websites such as on and off .org (2003), often invite gestures that refer to spaces and objects outside of the screen—in the case of on and off .org (2003), the flicking of a light switch. "We're used to interaction to open a folder, or to kill the enemy in a game, but it's always clicking to do something." Clicking on this work, in contrast, serves no such instrumental purpose.

A similar kind of interaction is found in color flip .com (2008), in which users peel away the "surface" of the webpage as if it is a stack of monochromatic paper, reminiscent of Richard Serra's Color Aid (1970-1). This work draws attention to some of the mundane formal aspects of the web (such as background color) and refers to the new medium's tendency to replicate earlier media (such as paper).

Going beyond the traditional A-to-B structure of the moving image, Rozendaal addresses the question of duration on the internet by using randomness generators to create recursive animations that have millions of possible iterations—something made possible only through modern computing. "It's interesting, the time people spend on the internet, and the way you forget about time. With TV, the sitcom is an hour...that's why I make these works that are infinite, because a website doesn't have a duration. Like, how long is Facebook?"

Rozendaal's works have an enormous potential scale not only in time, but in space as well. His websites make use of vector-based images, which can be mathematically scaled to retain their sharpness at any size, as opposed to raster images, which have a fixed amount of visual information. Vector graphics allow Rozendaal's works to be displayed on devices from iPads (AppArtAward, 2012 at ZKM) to the largest LED screen in the world (Seoul Square, 2011), with zero loss in image quality. "The idea is that the website is like liquid, or like a piece of gas," Rozendaal says. "It adapts to whatever environment it has."

"Whoever's in the future, you can re-create it in your way"

And finally, your moment of Zen.