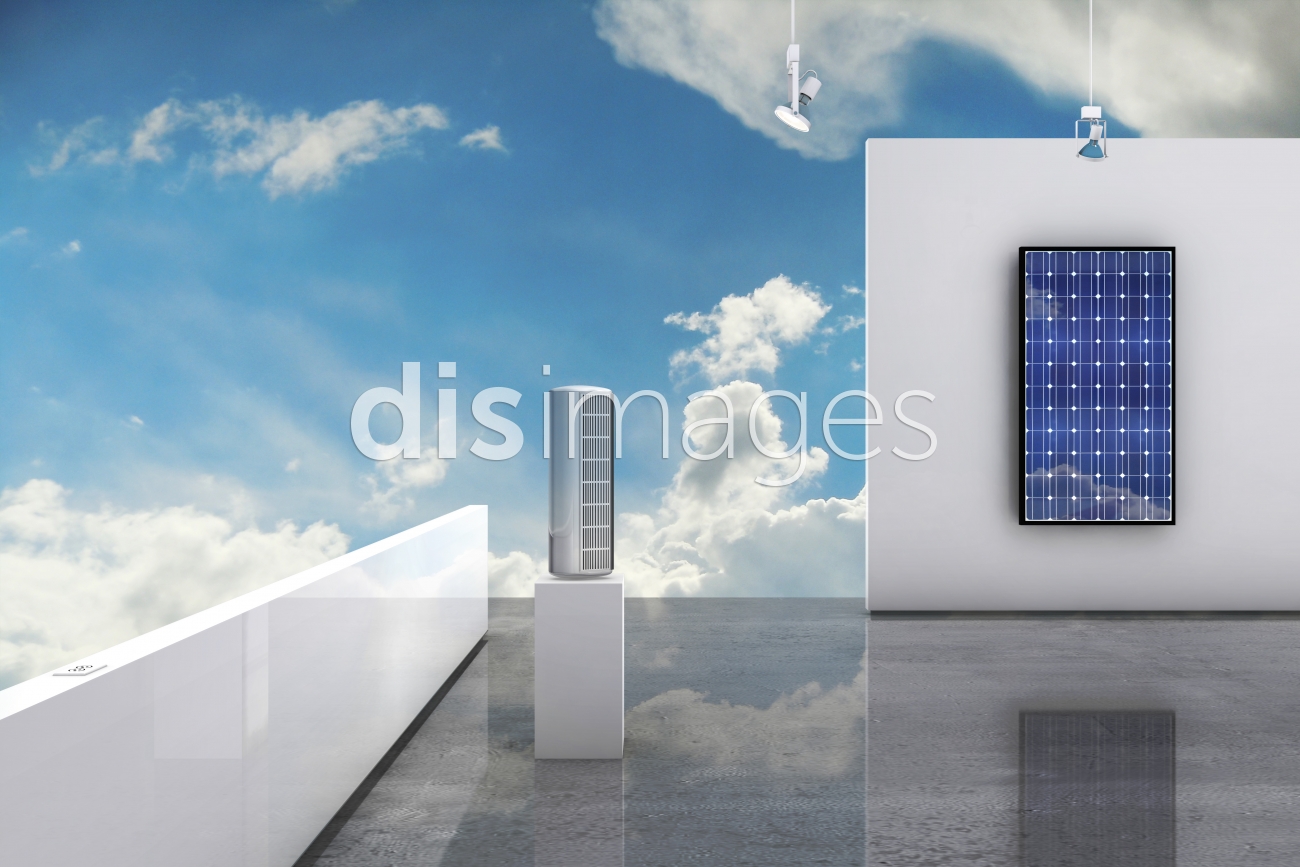 Last month, DIS Magazine made The Suzanne Geiss Company, a gallery in downtown New York, an open photo studio. Don’t worry if you missed it. There wasn’t much to see. The first time I went, the main gallery was empty, save for some dark bags on the floor. In the office, a few people chatted and looked at a laptop. “The photographer is on break,” they told me. “Come back in an hour.” I did. It was just as deserted. (Later, I learned that Frank Benson was taking photos in the dark back room, to avoid interference from the main gallery’s skylight.) I returned a few days later, on a Sunday morning when the editors of DIS were there. One of them was polishing a prop fridge. An intern busied herself with a vacuum.

But the substance of the show wasn’t what was happening in the gallery but the result of it: disimages.com, a fully functional online stock-photo database. The project received its initial funding in the 2011 cycle of Rhizome Commissions, and once DIS secured the rest of the necessary capital and set up the site’s framework, they started production at Suzanne Geiss. disimages.com will continue to expand its offerings as the contributing artists finish retouching their work. For now, visitors can peruse Shawn Maximo’s surreal interiors, where domestic spaces are enclosed by planes of sky and beach; Ian Cheng’s 3D renderings of heads with the DIS Images logo mapped over their contours; and Katja Novitskova’s insertions of safari animals and Powerpoint clip art in white-cube galleries. 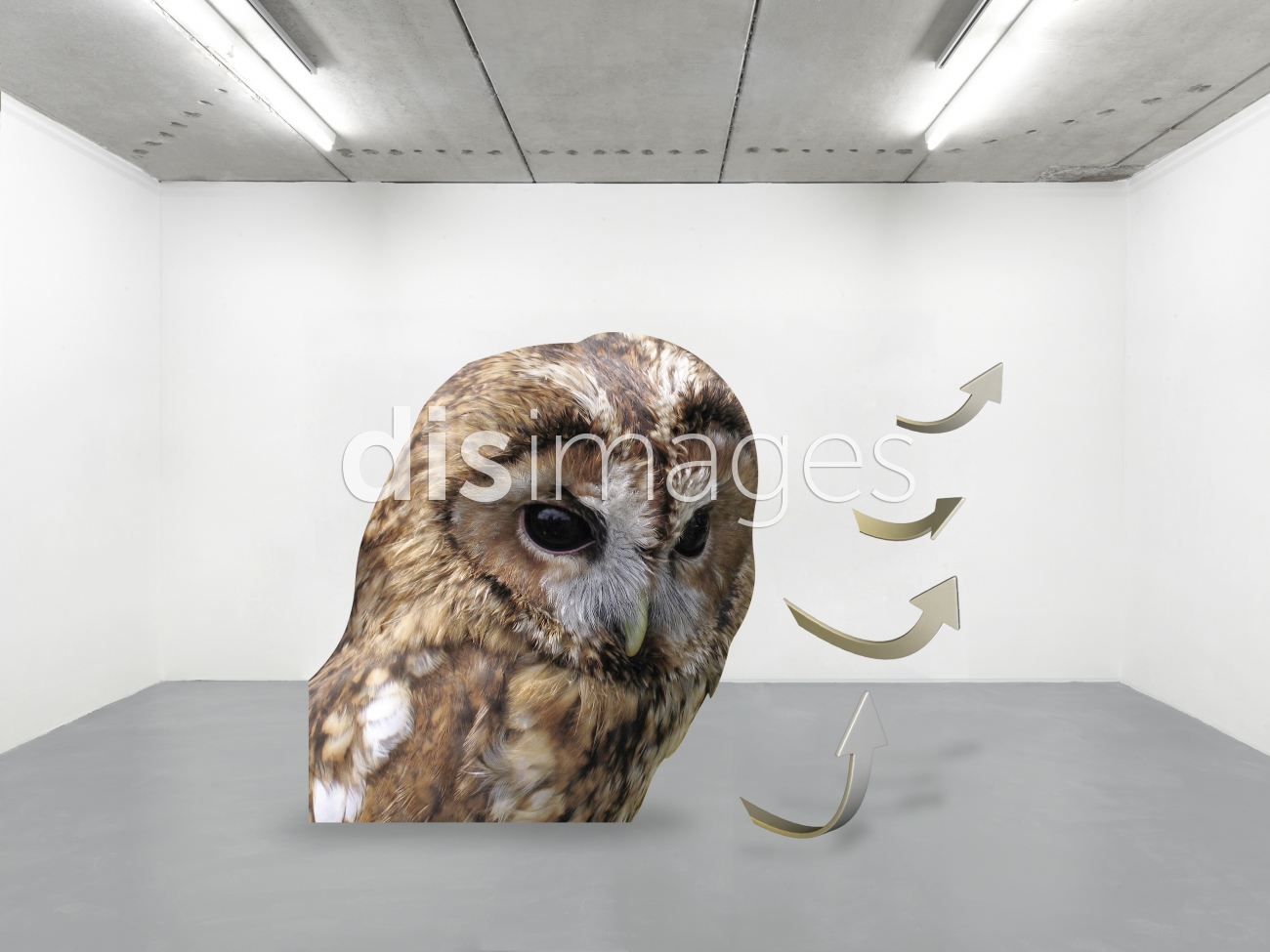 DIS Images marks a significant shift in the way artists approach stock photography. Onlines image databases proliferated in the early part of the last decade, and artists searched them and plundered them. Their aggregated findings reflected the multiplicity of potential meanings in both the images and the keywords that index them; they exposed the gaps between the nature of language and the database logic, and the weird ways that stock agencies create images to cater to the latter. But the collection and reorganization of stock photography was harder to think of as a conceptual art method (if the surfers who did it ever even thought of it in those terms) when it hit the blog mainstream.

DIS takes the gap between semantics and database form as a given, and proceeds from there. Whoever tagged Maximo’s photos—“Art world, Outdoors, Hybrid, Confusing, Conceptual, Installation, Interior-Exterior, Utopia, Dystopia, Evolved, Lifestyles, Art Gallery, Solar Panels, Future, Clouds, Blue, White, Grey”—was clearly having fun with it. The keywords contradict each other, and they swing from literal specificity about colors and objects that appear in the image to the expansive subjectivity of “Confusing.” What interests DIS not how the database refracts meaning, but rather the stock photo’s readiness for a variety of potential uses. 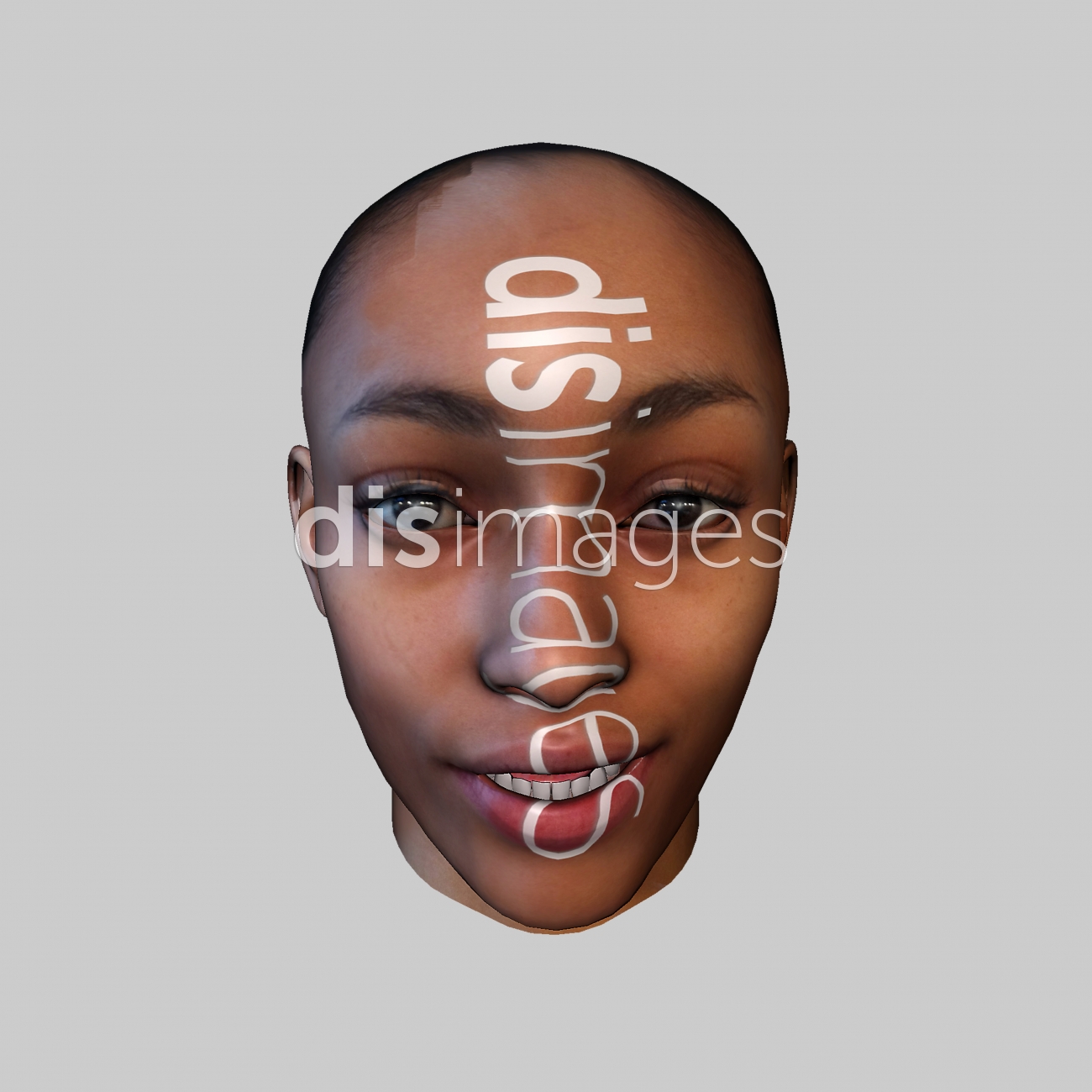 DIS Images fits with DIS magazine’s circular treatment of art as a lifestyle brand and fashion photography as a form of conceptual art. The editors relish the possibility that their stock photos could end up in a commercial context—a product brochure, a magazine ad, or a Powerpoint presentation for a marketing agency’s client—but they think of DIS Images primarily as a way of distributing and licensing works of art. On my Sunday morning visit, Marco Roso, a founding editor of DIS, said that he and his colleagues imagine curators visiting disimages.com and searching for the keywords related to their exhibition concepts, and using the works they find to put together a show. I told him that sounded as if they were encouraging the worst kind of curating—operating with keywords and concepts instead of seriously engaging with the work. Roso shrugged. “We don’t care what people do with it after it’s online,” he said.

By commissioning and distributing artworks according to the model of a stock agency, DIS draws parallels between stock and art. They’re both open to multiple interpretations. They’re both made on faith, not for a particular purpose but for a broad context; in one case it’s commercial image use and all the potential destinations that involves, while in the other it’s the big wide art world, in hopes that it will find shelter in a collection, or a place in a critical study. Once it has moved from vague obscurity to visibility in a particular context, the ideal stock photo—like a great work of conceptual art—feels so right and so obvious that it’s hard to believe it wasn’t always around. For both stock and art, success means seeming light and ephemeral, as if it simply appeared in place. That was what made DIS Magazine’s gesture of transforming the gallery into a studio so important, however unexciting it might have been for the average viewer; it showcased the similarity of the labor that goes into the making of both art and stock.