The Week Ahead: Conflict of Interest Edition
By Rhizome 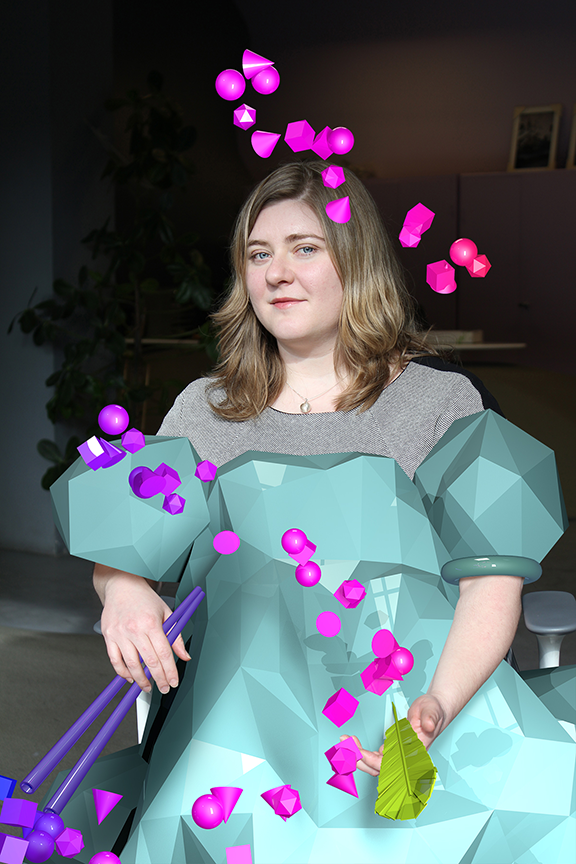 Earlier this year, "Famous New Media Artist" Jeremy Bailey ran a Kickstarter campaign in which he offered backers an augmented reality portrait of themselves, updating the time-honored tradition of creating portraits of one's patron for an era of crowd-sourced funding. New Yorkers can see 50 of the results in person from Friday, June 14 at Devotion Gallery as part Jeremy Bailey: Less Important Portraits.

The big question: will the exhibition feature an image of Rhizome's own Heather Corcoran, who is listed as one of Bailey's backers? By writing about this event, are we inadvertently increasing the potential resale value of an artwork in Heather's collection?

After the jump, more of the week's events and deadlines, all culled from Rhizome Announce.

Now through June 15: Rozendaal X You: The URL Project. Rozendaal, whose past online works have such melancholic URLs as itwillneverbethesame.com and sadforjapan.com, is inviting viewers of the MOCAtv YouTube channel to submit ideas for URLs, which he will then turn into artworks. So far, suggestions range from sort of missing the point (onfoodandcooking.com?) to snarky (lazyrozendaal.com) to  filthy but non-commercial (wetandready.org) to clever ideas that were snapped up long ago (smell.it).

June 11: Elastic Planets is an automated audiovisual machine created by artist duo Instant Places that will be generating digital paintings in concert with a multichannel soundscape.

June 14 & 15: Sheffield Fringe 2013 is a two-day exhibition dealing with the critical possibilities of film as both documentary and art.

June 12: Open Call: B_Tour Festival. The first-ever B_Tour festival is seeking artists to create experimental guided tours that intervene in Berlin's public spaces and challenge the participant to rethink their relationship to the urban environment.

June 13: Call for Submissions: Siggraph Asia 2013. The Siggraph Art Gallery is looking for work from artists who are empowered and emboldened by their access to digitally-enabled means of expression.

June 15: Call for Proposals: Re-New 2013 Media Art Conference & Festival. Artists, technologists, and scholars are invited to submit proposals outlining original research and/or artworks that explore the intersection of art and technology while fostering exchange between academia and art.