In the final week of Rhizome's Community Fundraising Campaign, we profile six artists hand-picked by Rhizome to generously contribute artworks, ensuring you receive compelling thank you gifts at every donation level. Give now to receive one of these works.

The ReCode Project is a community-driven effort to preserve computer art by translating it into a modern programming language (Processing). Works from the earliest days of creative computing are recoded by members of the project, either by referencing existing code left by the original artist, or sometimes just the artwork or image itself where code is no longer available. The translated works are then made publicly available to learn, share, and build upon.

Writing to Bruce Sterling and published on Wired.com, Matthew Epler notes the ReCode project "start[s] a larger discussion about the transitory nature of not only our work but also the languages and platforms on which we create it. Can we see a common conceptual thread through these pieces that speaks to the digital art practice as a whole over decades? Or will our work always be limited by our machines?". The project draws attention to not just the final image, but the code that produced it, as a kind of living born-digital archive. 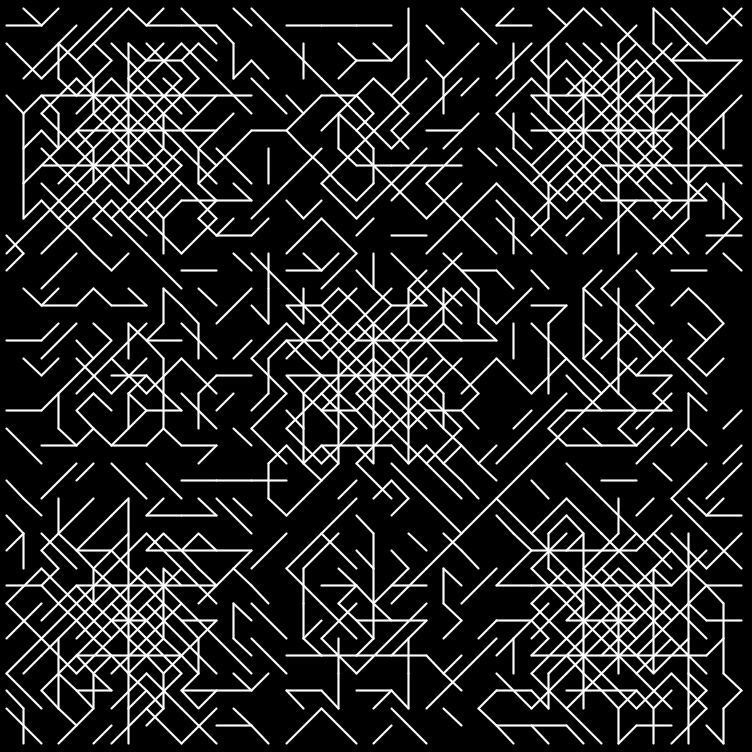 Benjamin Fox, Based on: From the Square Series by Roger Coqart, 1977

For Rhizome's Community Fundraiser, Benjamin Fox from ReCode Project, translated code from Roger Coqart's From the Square Series (1977). Coqart's graphics were featured in the November 1977 issue of "Computer Graphics and Art" magazine. The code was then used to create the design for a limited edition tote bag, made just for the Fundraiser. There was no code published alongside the original artwork, which required Fox to interpret the piece in a new way. 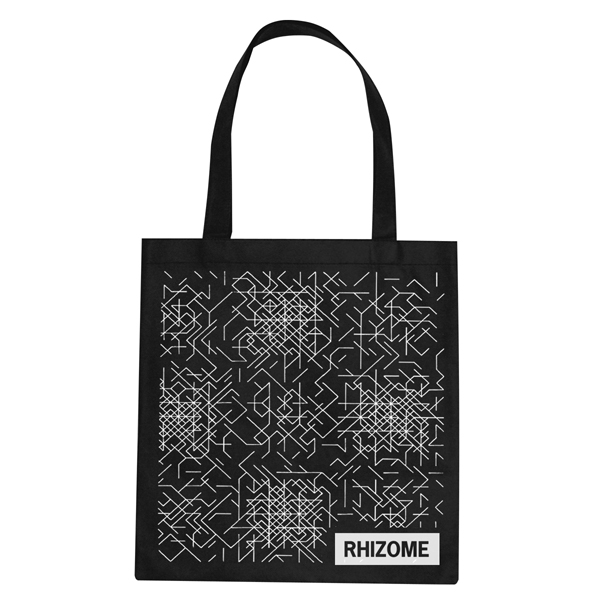 Donations at the $50 level will receive the ReCode tote bag and also receive the 56 + 10 Broken Kindle Screens eBook, plus one full year of Rhizome membership.

Sebastian Schmieg and Silvio Lorusso's 56 Broken Kindle Screens is a print on demand book of found photos of broken Kindle screens. When a Kindle screen breaks, a glitchy collage of E Ink images are left behind.

The artist talked about their facination with E Ink to Fast Company Design:

“We are fascinated by the way in which various ‘strata’ of content and device features, such as pages, cover illustrations and interface elements, mix and merge. Functional parts of the screens cohabit with broken ones constituting a multifaceted composition... We find them haunting as well, because when they break they stop being a window into the content. The device itself becomes the focus, its materiality is very different to that of a printed book and this is something it needs to be remembered.”